Your Summer Guide to Spotting Blimps

Posted on May 13, 2016 by LighterThanAirSociety 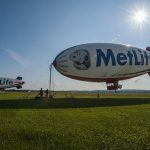 There are only six true blimps left in the U.S.

Once upon a time, not even a century ago, the American sky was filled with airships. The Navy sent blimps sailing into World War II. Commuters enjoyed smooth zeppelin rides across the ocean. Legend has it that the Empire State Building’s pointed top was originally built as a dirigible mast. It took the Hindenburg explosion, and the glamorous ascent of airplanes, to send their reputation up in smoke. 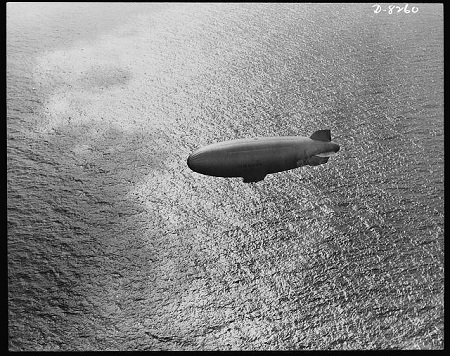 A U.S. Navy blimp cruises over the Atlantic in 1943.
Photo: Library of Congress

If you listen to a certain class of dreamers, airship-heavy skies are in our future, too—lighter-than-air crafts are being touted as the next big thing in air travel, cargo transport, and, somewhat less romantically, surveillance.

At the moment, though, it’s hard out here for a blimp. Characterized by its lack of internal structure, this class of airship in particular has become something of an endangered species. “They’re becoming more and more unique and scarce as the years go by,” says Gus Fernandez, Director of Accounts and Client Services at Van Wagner Airship Group. Together, Van Wagner and Goodyear handle all of the U.S.’s remaining blimps.

Each is, essentially, a glorified billboard—meant mostly to put a particular company’s name in front of as many eyes as possible. Blimps aren’t typical ads, though. Slow-moving, stately, and full of history, they’re also a reminder of our hope-buoyed past, and a beacon of one possible future. Without further ado, and in alphabetical order, here are all the blimps gracing American skies right now. 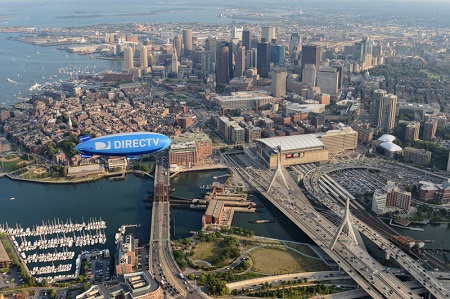 Like superheroes, each of the nation’s remaining blimps has its own particular skill. The DIRECTV Blimp, for example, is the only blimp in the world with a giant LED screen. It uses this power to broadcast sky-high sponsor missives during sporting events. “It’s basically like watching TV on a blimp,” says Fernandez.

This broadcastin’ blue behemoth spends winters in Florida to avoid snow, and then chugs back and forth between New England, the Midwest, and the South, catching as many games as it can and making sure everyone else catches its ads and offers. It will be back with a new-but-still-recognizable design later this week. More details via its charming Twitter presence, @dtvblimp. 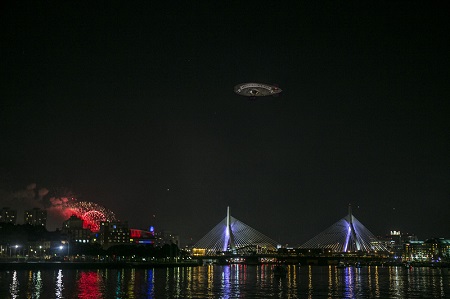 Van Wagner’s youngest blimp design, the Flying Cucumber is hard to miss—it’s essentially an enormous human eye, embedded in a green-striped envelope and emblazoned with the name of its sponsor, “Hendrick’s Gin.” The mobile cuke made its debut last summer, and it remains full of youthful, unblinking energy.

If seeing an enormous eye in the sky makes you say “I need a drink,” you’re in luck—the blimp occasionally touches down for tastings. Currently, it’s hanging over the ground-dwellers of Tucson, Arizona; the next month and a half will bring it to Austin, Houston, Miami, New York City, Boston, and Long Island. For more detailed real-time updates, you can check out its dedicated hashtag, #FlyingCucumber. 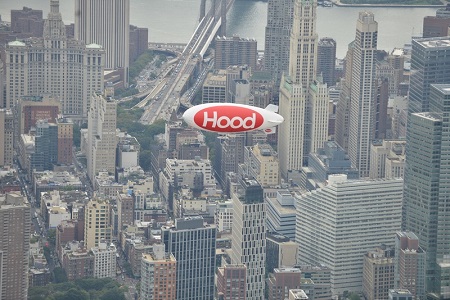 With its friendly envelope shape and eye-catching red insignia, the Hood Blimp has been brightening Boston’s skies for nearly two decades. Due to HP Hood’s minority stake with the Boston Red Sox, the blimp is a fixture over Fenway Park, but it occasionally ventures elsewhere in New England, and collaborates frequently with local small businesses, says Fernandez. Blimp-spotters should start craning their necks for it this summer—until then, we can all gaze longingly at its own eponymous Twitter.

4-5. Snoopy One and Snoopy Two 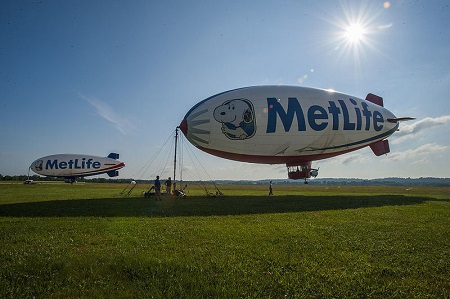 Snoopy One (left) and Snoopy Two (right), preparing to take off from Frederick Airport in Maryland.
Photo: The Washington Post/Getty Images

MetLife’s twin blimps, Snoopy One and Snoopy Two, have a lot in common—physically, they’re nearly identical, they’ve been in the game for decades, and they both love golf. Snoopy One was first launched in 1994, has a blue belly, gondola and fins, and is spending this year following the PGA tour in the Southeast and Northeast. Snoopy Two is a year older, has red accents, and is covering the same tour on the opposite coastline, in the South and Midwest.

Between the two of them, they’re in the air 50 weeks out of the year. To find out when they’ll be in your neighborhood, check out the PGA schedule here. (Bonus blimp: their third brother, Snoopy J, has the honor of being Japan’s only airship. You can follow him virtually at @Airship_SnoopyJ.)

6. The Spirit of Innovation 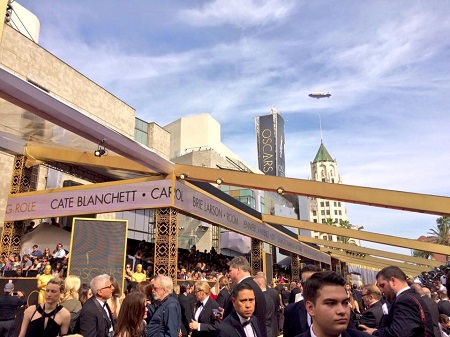 Goodyear started flying blimps way back in 1925. Unlike most companies, though, they never stopped, launching branded blimps that grew more advertorially ambitious by the decade—the daredevil-heavy “Mayflower,” the lit-up “Defender,” and the camera-toting “Mayflower VI,” to name a few.

The Spirit of Innovation is 10 years old, and the only true blimp left in Goodyear’s fleet. This year marks one of your last chances to see it—before the decade is out, it will be retired in favor of a new design (it’s still the crowd favorite, though). Catch it on its summer tour, which takes it up and down the West Coast through July. 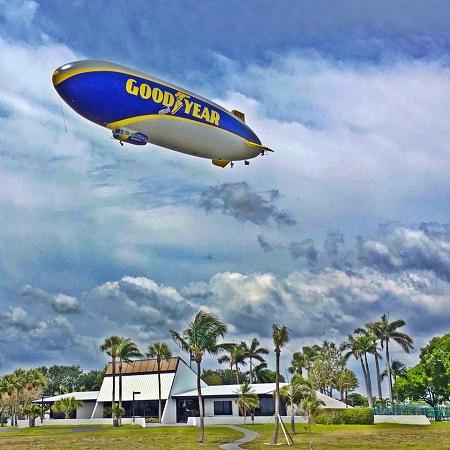 Wingfoot One over the Welcome Center.
Photo: Goodyear Blimp/Facebook

To be up front about it, Wingfoot One isn’t technically a blimp. It’s a semi-rigid airship, and what it (slightly) lacks in rotund cuteness it makes up for in speed and steerability. Like all Goodyear blimps, Wingfoot One will spend this summer hanging out at a number of events, including road races, baseball games, and charity events. You’ll soon be able to find its exact schedule online here. 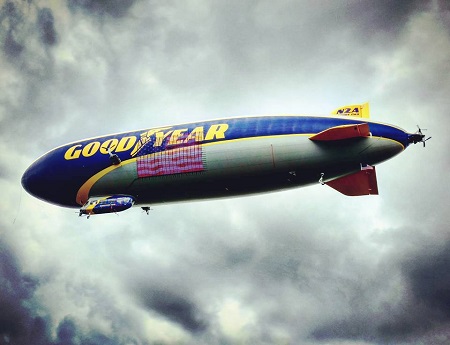 Goodyear’s newest inflatable family member, Wingfoot Two, was unveiled this past April. (It is, like Wingfoot One, not a strict blimp, but we won’t hold that against it.) Wingfoot Two can fly at 73 miles per hour—not bad for a 20,000 pound helium zucchini—and unlike its predecessors, it can also hover in place, giving blimp-spotters plenty of opportunity to gaze up at it in slack-jawed wonder. Since it’s new, its schedule isn’t set yet, but Goodyear brass promises it will show up soon on their blimp calendar. Welcome to the skies, pal.