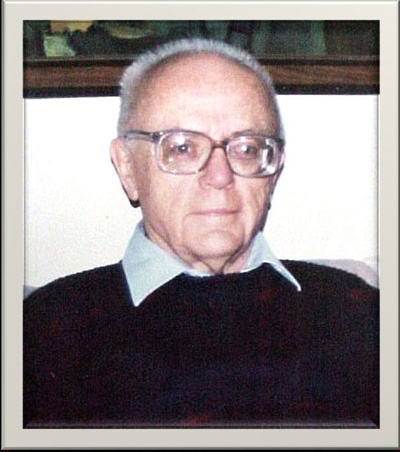 Dr. TOPPING made significant contributions in documenting the history and technology of lighter-than-air flight, which includes balloons and airships of all types, those wonderful vehicles whose lift derives primarily from their buoyancy in air. For more than three decades he served as editor of the bulletin of The Lighter-Than-Air Society, an organization founded in Akron by Goodyear blimp builders. During his tenure as editor, he established the reputation of the bulletin, later called Buoyant Flight, as a leading forum for the exchange of knowledge about the branch of aeronautics known as Lighter Than Air. He immersed himself in lighter-than-air history, reading hundreds of volumes on the subject, and became a respected critic of such literature. His equally strong command of the subject’s technical and historical aspects won him acclaim the world over. He elevated the level of discourse in this area by his high standards of scholarship, years of dedication, and ceaseless pursuit of the truth.

Dale Topping was born in West Lafayette, Indiana, on March 8, 1917, the day Count Zeppelin passed from this world. The coincidence later caused many to wonder if the old gentleman’s once-strong enthusiasm for airships could have been transferred to a new arrival a hemisphere away. Education came naturally to Dale, as son and grandson of professors at Purdue University. He earned a degree in civil engineering in 1940, and, like his mentor, Dr. Arnstein, worked for a bridge construction company. He then went to the Missouri School of Mines and Metallurgy to obtain his master’s degree. During World War II, Topping worked in the defense industry joining Goodyear Aircraft Corporation in Akron, Ohio. He was an airframe structural engineer in the Research Division, when the company was building blimps for the U.S. Navy. In 1949 he earned his PhD in theoretical applied mechanics from the University of Illinois. Rather than pursue a career in mining or the oil industry, Topping returned to Goodyear Aircraft Corporation to lead the structural analysis research and development group as a specialist in fabric stress analysis. It was in this capacity that he began to work with people who had played a major role in designing many of America’s airships—fabric being a principal airship component. His association with Dr. Arnstein, in charge of engineering at GAC and former Zeppelin designer, grew into a life-long friendship. During social gatherings with the Arnsteins, Topping learned of the triumphs and tribulations in the Zeppelin designer’s career. Later, Dale spent many a Saturday morning with Arnstein discussing the events and personalities who shaped Arnstein’s life. Topping committed the conversations to paper in a series of notes. After Arnstein’s death Topping realized the notes would make a good beginning for a book about Arnstein’s life, but more information would be needed. When Topping retired in 1982, he systematically began his research, even visiting the sites in Czechoslovakia, France, Switzerland, and Germany where Arnstein had lived and worked.

Dr. Topping worked on the biography of his mentor, Dr. Arnstein, as time allowed, for the last ten years of his life. Sadly, in 1993, at age 76, Topping died unexpectedly. It was his last wish to see this manuscript finished and submitted for publication. Fortunately, Dr. Topping left a wealth of meticulous notes and an outline, as well as correspondence with Arnstein’s widow, coworkers, acquaintances, and many other airship historians to serve as a guide. Based on these, and Dr. Topping’s manuscript, When Giants Roamed the Sky was completed and published by Eric Brothers in 2001.

Mrs. Topping found it to be fitting that her late husband be remembered, and for this purpose made a very generous donation to The Lighter-Than-Air Society for the development of this Virtual Museum.