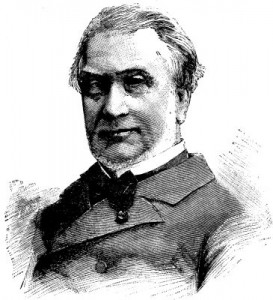 The Dupuy de Lôme airship was 36 meters (118 feet) long, , 29 meters (95 feet) wide; the envelope was 14.8 meters (48.5 feet) in diameter and had a total volume of 3,454 meters3 (122,000 feet3).  On its first flight it achieved a spped of 11 km/h (6.8 mph). The initial airship was propelled by eight crewmen that hand cranked the propeller. This was the first operational airship, and was developed during the Franco-Prussian war, as an alternative to the balloons used for communications between Paris and the countryside during the Siege of Paris, but it was completed after the end of the war. 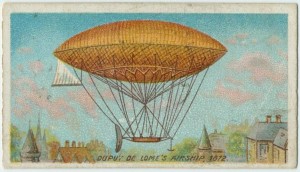 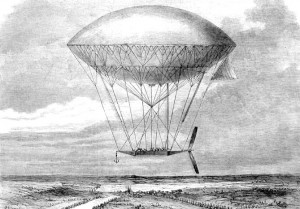 Towards the end of his life, Dupuy de Lôme was developing an electric submarine. After his death (February 1, 1885), his friend Gustave Zédé took over the project leading to the launch of the Gymnote, the first electrical submarine in the world.