As reported in the Essex County Republican of Fort Henry NY 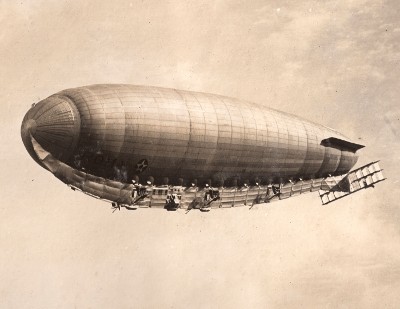 Thirty-four men were killed, eight were injured seriously and three were injured or only slightly bruised when the giant army airship Roma, with her crew and a number of civilians, totaling 45 in all aboard, plunged Tuesday from a thousand feet or more in the air to the ground at the Hampton Roads Naval base.
The accident presumably was caused by a broken rudder and as the big dirigible plunged to earth it capsized across a high tension electric line bursting in a roaring furnace of blazing hydrogen gas.
Long after dark Tuesday night many hours after her fall, the ship was still a mass of flames from end to end of her 140 foot mass. The fire fed on the million cubic feet of gas which had distended the great bag for the flight and made all attempt at rescue futile.
Barely a dozen of those aboard were picked up alive and one of those died on the way to the hospital. All of those who survived the fire escaped by jumping as the ship struck. The others penned in the hull were burned to death. 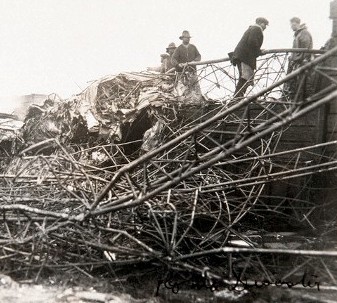 Accounts of survivors and of eye witnesses as to what had happened appeared to agree that the huge kite-like structure of the stern rudder, itself as large as a bombing plane, had slipped to one side as the Roma drove along a thousand feet above the army base.
She was making a trial flight with a new battery of Liberty motors. They were installed to replace Italian engines brought with her from Italy, but which have not proved satisfactory. Installation was completed at Langley field two weeks ago.
The Roma was the largest semi-rigid dirigible in the world and cost the United States $200,000. The accident is akin to the destruction of the ZR-2 in England last August when 44 officers and men perished.
An official list of the survivors, dead and missing in the Roma disaster was received from Langley Field by the army air service Tuesday night. The address, however, in most cases were unavailable. The list follows: