Capt. Hawthorne C. Gray, one of the Air Corps’ leading balloonists following World War I, was selected to make experimental high-altitude research flights in 1927. During his first flight on March 9, he lost consciousness at 27,000 feet because his oxygen equipment froze; he survived because his balloon luckily descended by itself. 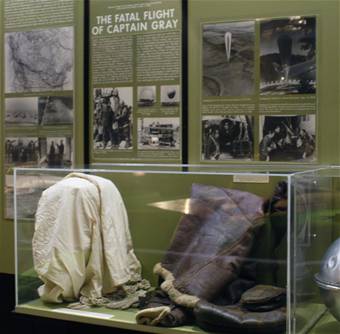 On May 4 he made another flight, this time reaching an altitude of 42,740 feet, a world record height. However, when he attempted to descend, the gas valve stuck in the “open” position and the balloon began falling, forcing Gray to parachute to safety. 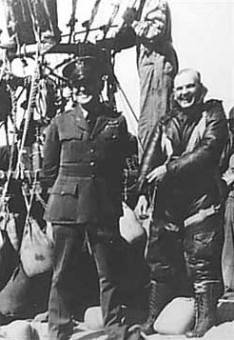 Gray made his last flight on Nov. 4, taking off from Scott Field, Ill., at 2:23 p.m. At 3:13 p.m. his balloon rose into a heavy overcast and Gray passed from sight. At 5:20 p.m. his balloon was seen on the ground near Sparta, Tenn.; Gray’s body was found in the open balloon basket. His last entry in his logbook was made at 40,000 feet; the writing was “shaky” indicating he was experiencing a lack of sufficient oxygen. His recording barometer indicated he subsequently reached 42,740 feet, the same as on his May 4 flight, before the balloon began descending. For some unknown reason, Gray’s oxygen supply depleted, and he died in his basket after beginning his descent. This tragic flight was the last open-basket, high-altitude balloon flight until 1955 when such projects were reinstituted to develop pressure and space suits of a new era. 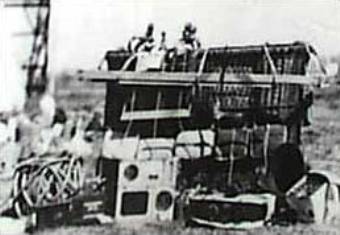