Posted on November 1, 2013 by LighterThanAirSociety 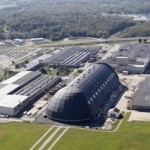 Lockheed Martin Corp. has drafted contingency business plans that include closing its Akron facility and moving its hundreds of jobs elsewhere.

While the giant Maryland-based defense contractor said no decisions have been made regarding closures, elected officials in Akron and elsewhere were scrambling late this week to determine the company’s intentions.

The Post-Standard newspaper in Syracuse, N.Y., reported this week that Lockheed Martin developed, and then postponed, plans to close facilities in central New York and elsewhere, including Akron. The plans were part of a strategy to consolidate operations, the newspaper reported, citing confidential sources.

“Given the current sequestration environment, we have to look across our business and determine what actions are required to maintain our competitiveness and the health of our business, and restructuring is one of the options we consider, but no decisions have been taken,” Lockheed Martin spokesman Keith Little said Friday. “In the meantime, Lockheed Martin operations in Akron continue to work in support of our customers and our country.”

Sequestration refers to a process of ongoing forced budget cuts by the government. 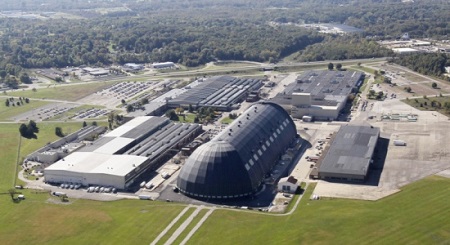 A view of the Lockheed Martin Corp. Akron operations at the former Goodyear Airdock. The company has drafted contingency business plans that include closing its Akron facility and moving its hundreds of jobs elsewhere.
Photo: Mike Cardew – Akron Beacon Journal

The local campus near Akron Fulton International Airport, part of Lockheed’s Mission Systems and Training division, employs more than 500 people. The facility is used for, among other things, flight simulators and to make tethered blimps called aerostats for the military. Lockheed Martin leases the publicly owned Akron Airdock at the site.

The Post-Standard reported that Lockheed sources told the newspaper that the company plan included closing the Akron facility and transferring about 500 jobs to Oswego, N.Y., and to Orlando, Fla.

The closure plans were tabled after U.S. Sen. Charles Schumer, D-N.Y., spoke earlier this week with Lockheed’s chief executive officer, the paper said. Lockheed Martin has a plant just north of Syracuse that employs about 1,700.

The paper said congressional representatives and business leaders in the central New York area were reaching out to Lockheed Martin as well.

Public officials in Akron said the story caught them by surprise and that they quickly began making calls to the congressional representatives and the company. Akron Mayor Don Plusquellic said Deputy Mayor of Economic Development Bob Bowman spoke with Lockheed Martin officials and others.

Bowman’s impression is that any plan to close facilities is “not a done deal,” Plusquellic said. The mayor said his office will continue contact with Lockheed Martin and stay on top of the issue.

“I spoke with everybody I could think of at the federal level,” the mayor said.

The city and county government have had close working relationships with Lockheed Martin, including helping with financing to upgrade facilities.

“We’ve done a boatload for them,” Plusquellic said. “I’ll work with them if there’s anything I can do.”

“This is a direct impact here on what happened in Washington,” Plusquellic said.

Brown also spoke to representatives of United Auto Workers Local 856, which represents hourly employees at the Lockheed facility, about the need to save jobs there, according to the statement. Leadership at Local 856 could not be reached for comment.

The office of U.S. Sen. Rob Portman, R-Ohio, contacted senior Lockheed executives as well, according to a spokeswoman. Details were not available.

“The tea party set out to shrink the government and this announcement about the potential loss of defense jobs at Lockheed in Akron shows they’re getting exactly what they wanted,” Ryan said in part.

“As a member of the Defense Appropriations Subcommittee, I have always been an advocate for the important national security projects built by Lockheed Martin and their northeastern Ohio employees,” Ryan said. “I am extremely disappointed that they are considering closing their Akron facility. I have spoken with Lockheed Martin’s leadership to directly communicate my views and urge them to keep these jobs in Akron.”

Revenue down, profit up

For the quarter ending Sept. 30, Lockheed Martin said revenue at its Mission Systems division fell to $1.68 billion from $1.86 billion a year ago. 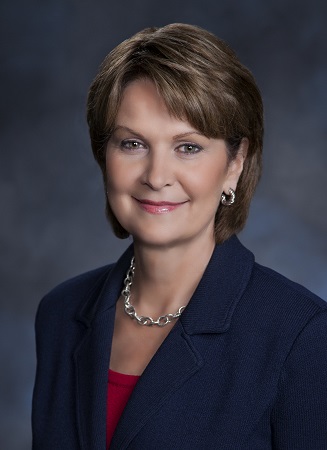 For the first nine months of the fiscal year, Mission Systems revenue was at nearly $5.3 billion, down from $5.7 billion for the same period a year ago. While revenue was down, Lockheed Martin said profit for the division was up for both the quarter and nine-month period compared with a year ago.

The Mission Systems division had 2012 sales of $7.6 billion, about 16 percent of the company’s total sales of $47.2 billion that year. Lockheed Martin said it expects division sales for 2013 to fall below 2012 levels.

About 82 percent of the company’s revenue in 2012 came from the federal government.

This entry was posted in News and tagged Airdock, Akron, Lockheed Martin. Bookmark the permalink.