Posted on September 16, 2016 by LighterThanAirSociety

What: The Lighter-Than-Air Society’s 64th Annual Banquet and Silent Auction.

This year’s auction will once again include a certificate for a flight for two (2), on a Goodyear blimp. This certificate has been donated by The Goodyear Tire and Rubber Company.

Click here to sponsor a student of the University of Akron. 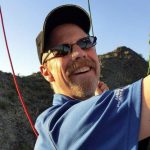 Troy is a full-time balloonist with over 6,817 balloon piloting hours (284 days aloft). As one of the most prolific record-setters the sport has ever seen, he has set 64 World Records in Hot Air, Gas and Rozier (hybrid) balloons. Troy has flown 218 different balloons ranging in size from 8,000 to 500,000 cubic feet. He has flown balloons on 5 continents, including 16 countries, and in 45 of the U.S. states.

He has claimed the title of New Mexico State Hot Air Champion four times. In 1995, he was a pilot on the winning team at the U.S. Hot Air Team National Championship.

He has flown in 9 America’s Challenge gas balloon races (winning in 1998) and represented the U.S. in 7 Coupe Aéronautique Gordon Bennett Championships. He won the National Gas Balloon Championship in 1996. In 1992, he made the first U.S. to Africa balloon flight during the first and only balloon race across an ocean. During that epic flight, he and Richard Abruzzo were the first to stay aloft for over 6 days in a balloon. In January 2015, along with Russian pilot Leonid Tiukhtyaev, he made a flight from Japan to Mexico and set new distance and duration records for helium filled balloons; 160.6 hours aloft and 6,656 miles.