Posted on June 2, 2015 by LighterThanAirSociety 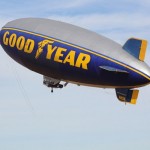 Keep your eyes peeled on the Akron-area skies in the upcoming weeks: You should spy two Goodyear airships flying around.

Meanwhile, Goodyear’s California-based blimp will be retiring later this summer.

Goodyear Tire & Rubber Co. is doing a nationwide shuffle of its three iconic goodwill (and marketing) U.S. ambassadors as part of the impending retirement of the nearly 13-year-old Spirit of America.

The state-of-the-art Wingfoot One semi-rigid airship, which has been based at the company’s Wingfoot Lake airship operations since its first flight more than a year ago, will head to its permanent home in Florida in September or October. 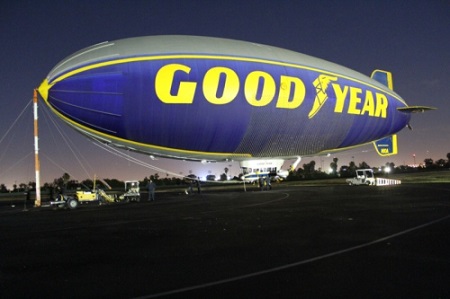 The Spirit of Innovation, which had been based in Florida, is now in Northeast Ohio along with Wingfoot One.

And when the Spirit of America retires, the Spirit of Innovation, which first flew in 2006, will go to Carson, Calif., its new home.

Also keep in mind that Goodyear continues to build a second semi-rigid Zeppelin airship inside the Wingfoot Lake base in Suffield Township. That still-unnamed airship is expected to make its first flight sometime in the spring of 2016.

Got that all straight? 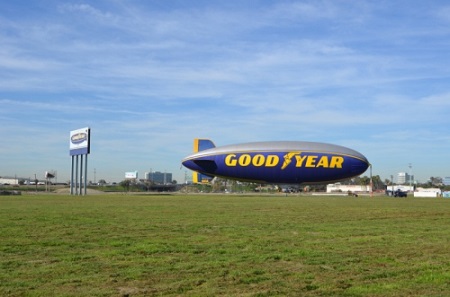 Goodyear anticipates that tandem flights of the “old school” blimp Spirit of Innovation and the new, high-tech Wingfoot One will take place soon, once Wingfoot One finishes up maintenance, spokesman Doug Grassian said.

“The Spirit of America will retire in August,” Grassian said.

Goodyear christened the Spirit of America in 2002 at the Wingfoot Lake base.

The blimp needed to be boxed up and shipped back to Ohio to be rebuilt following a crash in December 2003. The still-new blimp got loose from its moorings while landing in Carson and was damaged after hitting a large landscaping compost pile. There were no serious injuries.

The Spirit of America has already started on what the company calls its farewell tour up and down the West Coast, Grassian said. The Akron tire maker said on its Goodyear Blimp Facebook page that it will be posting facts and photos of the tour. 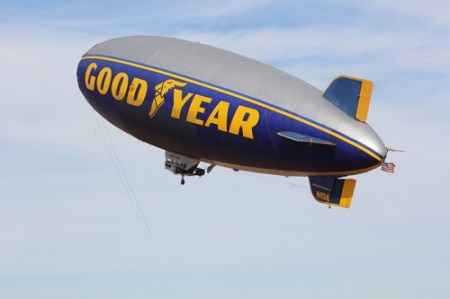 The blimp will cover sporting events, including the U.S. Open and the Special Olympics before being retired.

The blimp’s gondola likely will be donated to a California museum, Grassian said. Pieces of the blimp, including some of its fabric and perhaps a tail fin, will come back to Northeast Ohio, he said.