Posted on June 1, 2015 by LighterThanAirSociety 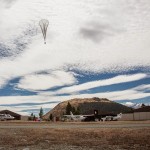 At this rate, there might be a lot more Google balloons in the sky before you know it. According to the latest updates from Google I/O, the company’s developer conference held in San Francisco this past week, Google has two major updates surrounding its ambitious Project Loon program.

Project Loon, if you’re unaware, is Google’s effort to bring Internet connectivity to areas of the world that wouldn’t otherwise have it. A fleet of weather balloons—for lack of a better way to describe them—get launched into the stratosphere (about 20 kilometers or so above the Earth’s surface). The balloons themselves are designed to last about 100 days in the air or so, and each one gives LTE connectivity to a ground area around 40 kilometers wide. 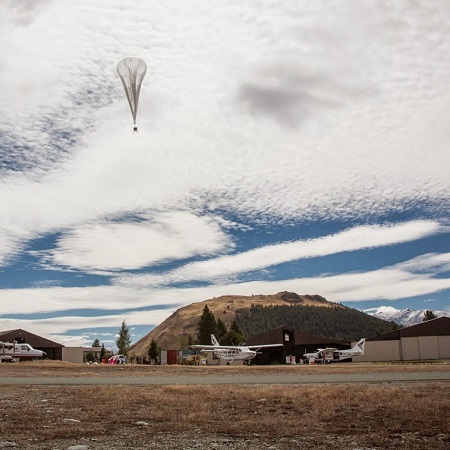 Google’s first major advancement, mentioned to Bloomberg by Google vice president Mike Cassidy, involves the way in which Google gets these balloons up into the air to begin with. Previously, the process used to take around 45 minutes or so per balloon, and Google could only launch its somewhat-fragile balloons when the wind was six miles per hour or less.

Now, Google uses a new setup called the Bird House (internally, at least; it’s public name is the Autolauncher). Giant, canvas sides help block the wind, and the Autolauncher allows a four-person team to now launch a balloon in just 15 minutes—in up to 15 mile-per-hour winds, no less. And, yes, the name is a bit of a misnomer. The “Autolauncher” isn’t a contraption that can just shoot balloons out into the air with no human involvement whatsoever (though we wouldn’t be surprised if Google’s ultimate ambitions involve an automated device like that).

Second, and more important, Google has managed to free many of its balloons from their need to be within range of a ground station. Previously, Project Loon balloons had to be with 80 kilometers or so of a previously installed ground station in order for their Internet connections to have, well, something to connect to. If you do the quick math, you’ll be able to figure out that Google would therefore need a not-so-insignificant number of ground stations in order to blanket a big area with Internet connectivity—a bit of a hindrance in terms of cost and setup for Project Loon.

Now, Google’s balloons can communicate with one another as part of a giant mesh network. That reduces their need to rely on ground stations a significant deal, and it means that individual balloons can now theoretically travel anywhere from 400 to 800 kilometers away from a ground station and still have connectivity. Or, to frame that differently, Google can now cover an area like West Africa with just eight or so ground stations—not bad! 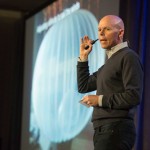 Project Loon, Google’s plan for Internet via floating balloons, uses RF for the balloons to connect with each other.

A key challenge for Google’s Project Loon, which intends to use high-flying balloons to bring Internet connectivity to parts of the world that remain largely disconnected, is figuring out how to get the balloons to communicate with each other.

Speaking at MIT Technology Review’s EmTech Digital conference in San Francisco on Monday, Loon’s project lead, Mike Cassidy, gave some details about how this works, saying that the balloons use high-frequency radio waves to link up. Gimbals mounted to the balloons must be pointed precisely at each other—to within a tenth of a degree, he said—to enable one balloon to send data to another that’s 80 kilometers away. 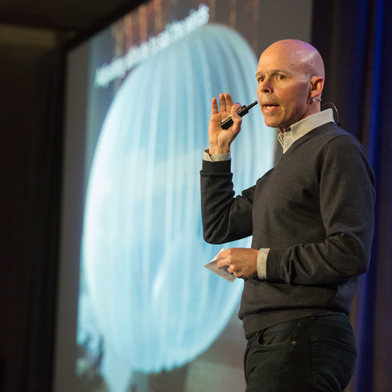 Project Loon, which was named to MIT Technology Review’s 2015 10 Breakthrough Technologies list, works by having stations on land transmit an LTE wireless signal that is picked up by the balloons and transmitted from one balloon to the other. The balloons, which consist of a large outer balloon filled with helium and a smaller inner balloon filled with air, add or lose air in order to move up or down in the stratosphere; this lets them travel, since the wind that carries them moves in different directions at different altitudes.

Having a reliable way for the balloons to interact is important for Project Loon because it will allow the balloons to do things like spreading out to blanket a larger area with Internet access. Eventually, it could also enable the balloons to be more autonomous, communicating with each other about where one is or should go without needing to be told individually where to move.

Cassidy also said that the project will conduct tests in both the Northern and Southern hemispheres later this year; previously, plans for just a Southern Hemisphere test were known.

In the Southern Hemisphere test, Project Loon plans to run several balloons for two to three days, which will let the team test the whole Loon system—from ground stations that deliver LTE to the balloons, to the balloons communicating with each other.

Beyond South America, Cassidy sees Africa, where only about 10 percent of the continent has access to the Internet, as a big potential market for Loon, and he thinks it could be useful in India as well.

As for bringing Loon to places like the U.S. that are already largely connected but could still use improved Internet connectivity, Cassidy says that will also happen.

“Even in my house, I don’t have a cell signal,” he said. “We’re going to come to the United States, too.”