Posted on June 4, 2015 by LighterThanAirSociety 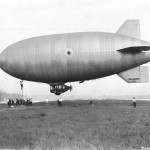 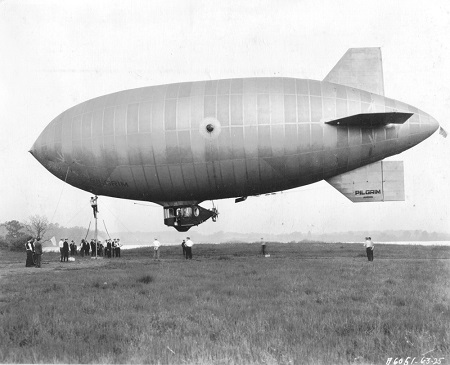 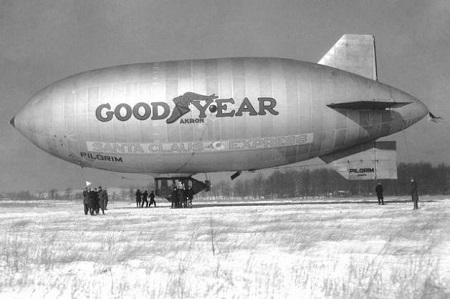 Goodyear’s Pilgrim, built in 1925, was the first commercial non-rigid airship flown using helium and Goodyear’s first promotional blimp. Here it is made up as the Santa Claus Express circa 1927. 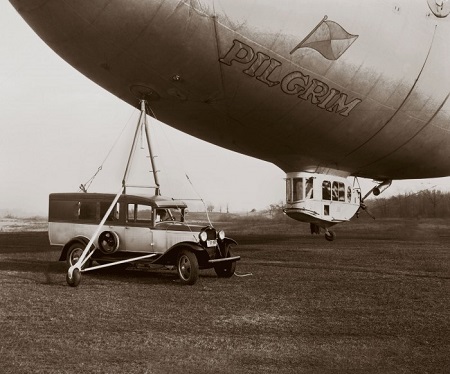 Goodyear’s Pilgrim is shown with a belly mooring, an experimental portable mast developed in 1930 to enable cross-country operations independent of permanent hangars. 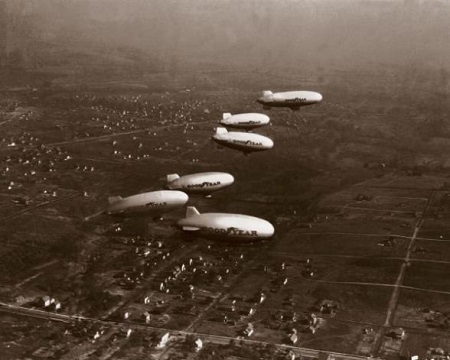 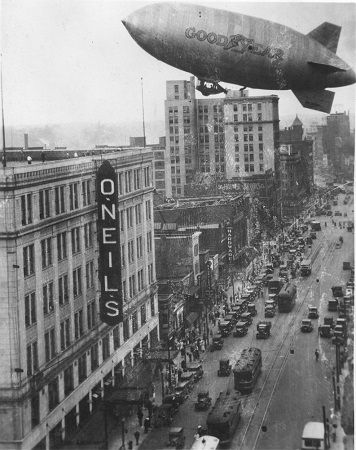 The Pilgrim approaches the O’Neil’s Department Store building in downtown Akron as part of a promotional flight. 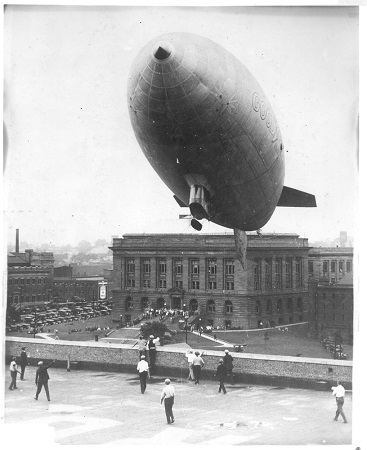 The approach of the Pilgrim as seen from the rooftop of the O’Neil’s building. 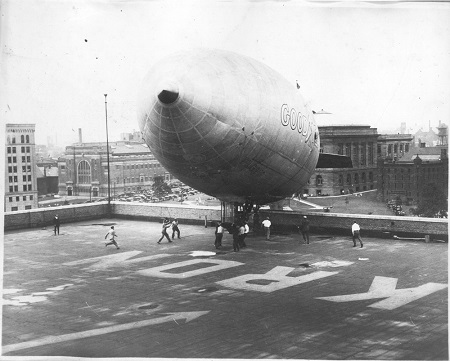 The Pilgrim touching down atop the O’Neil’s building in Akron, Ohio. 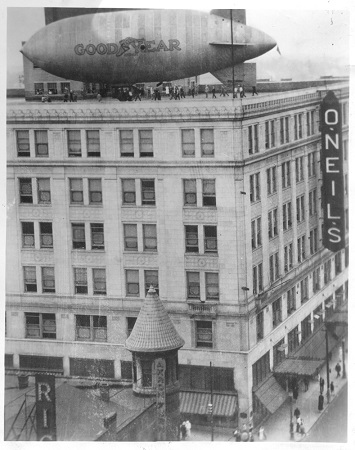 The Pilgrim atop the O’Neil’s building. 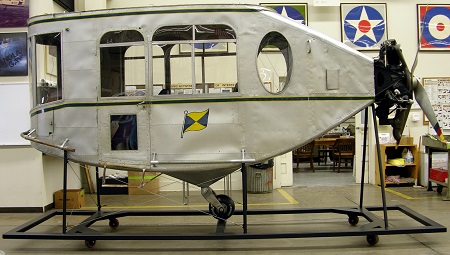 The gondola of the Pilgrim is on display at the Smithsonian’s Steven F. Udvar-Hazy Center in Chantilly, VA
Photo courtesy of the Smithsonian Institute 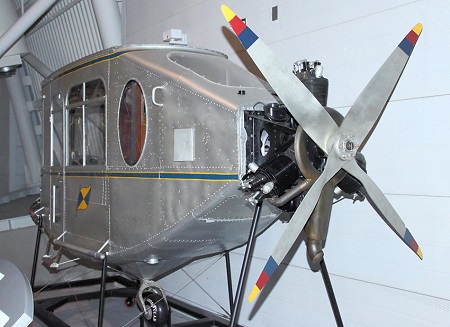 Aft view of the gondola of the Pilgrim on display at the Smithsonian’s Steven F. Udvar-Hazy Center in Chantilly, VA
Photo courtesy of bredow-web.de.