Posted on July 5, 2015 by LighterThanAirSociety 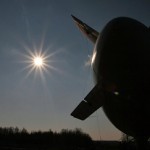 The Augur-RosAeroSystems, Holding is set to build the airship ‘Atlant’ by the end of 2018. It will have the capacity of carrying over 16 tons of weight.

RosAeroSystems is a leading Russian lighter-than-air manufacturer. The company builds big airships and aerostats. It is the only Russian enterprise, and one of the few in the world with its own powerful aerostatic envelope production division, able to produce and test envelopes up to 50 000 m3 (1.76 million cu. ft.) volume. The envelope production line is equipped by high-precision computerized cutting equipment and RF welding machines. 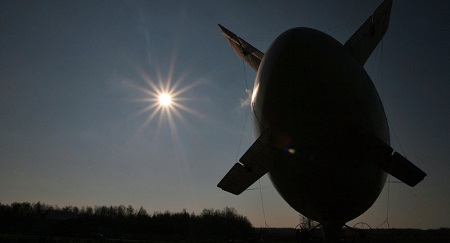 The airship ‘Atlant’ will possibly be used by the Defense Ministry.

According to the Vice President of the Holding, Mikhail Talesnikov, the development work of the first phase will be completed in December of this year. It will be examined, displaying the innovative balancing system. By 2018, ‘Atlant’ is scheduled to begin flight testing with the first prototype carrying weight capacity of 16 tons and volume of 30 000 m3 (1.06 million cu. ft.).

The vice president stressed that this innovation cannot be made by anyone else in the world in such a short time span.

“During the unloading of the weight at the point of arrival, the airship will be able to get heavier via controls without needing ballast, in that way it will not get weightless after unload and will not soar into the stratosphere. This system is unique, nowhere abroad do they have that,” elaborated Talesnikov. 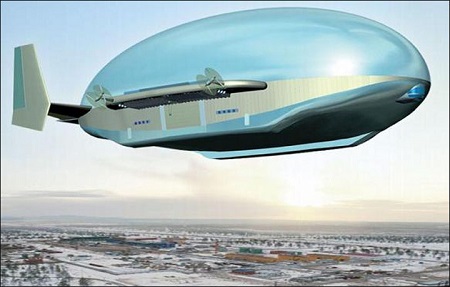 The Defense Ministry has already said it plans to use the 130 m (426.5 ft) long Atlant, which mixes together technology from planes, helicopters, hovercraft and airships.
Picture: Augur RosAeroSystems 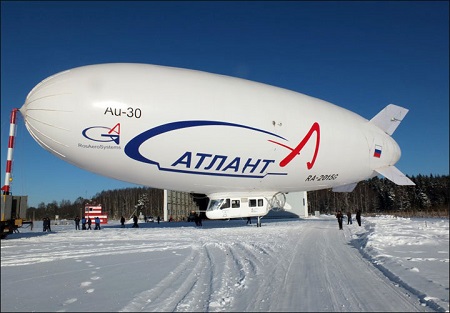 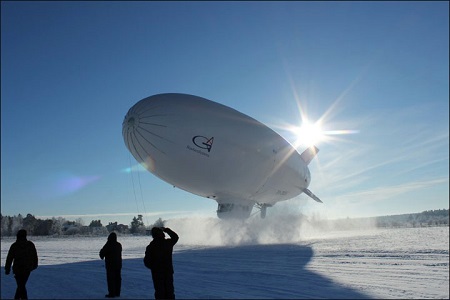 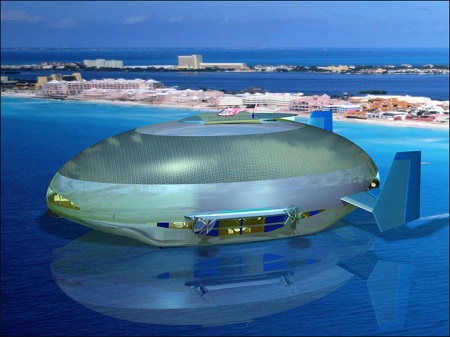 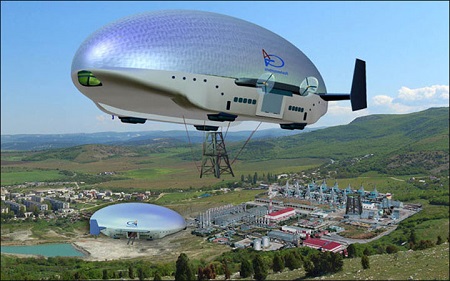 Oil and gas operators in the Far East have expressed an interest in using the 21st century hybrid blimp to carry payloads and ferry personnel around.
Pictures: Augur RosAeroSystems 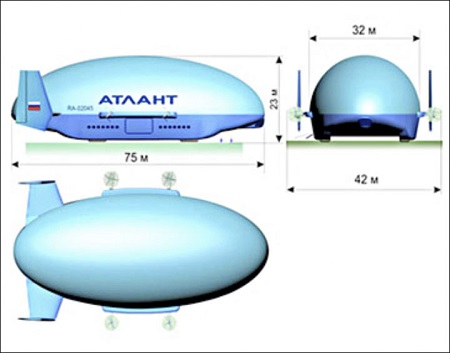 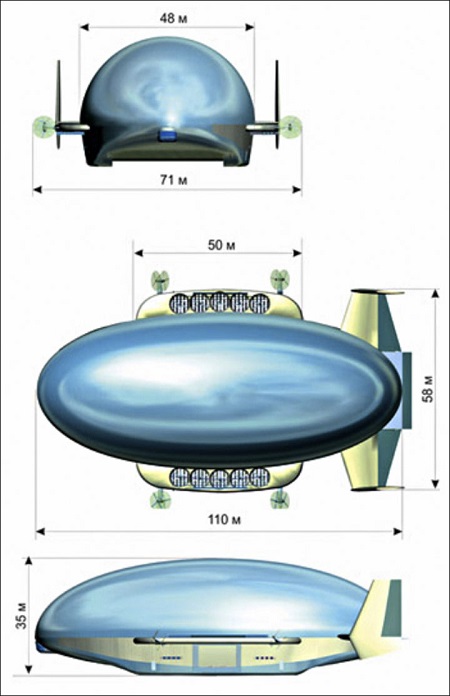