“Come Take a Ride on the Hindenburg” presented by Cheryl Ganz

Posted on July 11, 2015 by LighterThanAirSociety 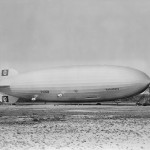 “Come Take a Ride on the Hindenburg” presented by Cheryl Ganz, Curator Emeritus of The Smithsonian Philately Museum

On May 6, 1937, Hindenburg burst into flames. The world’s largest zeppelin was totally destroyed in only thirty-four seconds. The iconic footage of the first major air disaster caught on film is seared into our memories along with Herb Morison’s famous words “Oh the Humanity.” But Hindenburg’s legacy is more than its disastrous end. Learn about life aboard the famous zeppelin and imagine yourself enjoying a transatlantic voyage during the heyday of airship travel 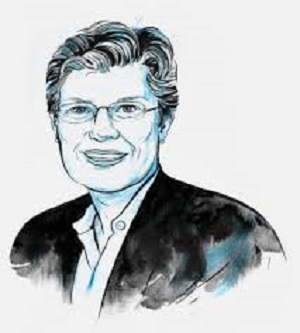 Cheryl R. Ganz is a Smithsonian Institution Curator Emerita following her retirement as the Chief Curator of Philately at the Smithsonian National Postal Museum and as lead curator of the William H. Gross Stamp Gallery, the world’s largest postage stamp gallery. She currently serves on the USPS Citizen’s Stamp Advisory Committee, the committee that selects subjects and approves designs for U.S. postage stamps. She specializes in zeppelin memorabilia and mail worldwide, especially from U.S. airships, the 1933 Graf Zeppelin Chicago flight, and Hindenburg. Ganz earned a PhD in U.S. history from the University of Illinois at Chicago. Her publications include Pots of Promise: Mexicans and Pottery at Hull-House, 1920-40; The 1933 Chicago World’s Fair: A Century of Progress; Delivering Hope: FDR & Stamps of the Great Depression; Fire & Ice: Hindenburg and Titanic; Pacific Exchange: China & U.S. Mail; and Every Stamp Tells a Story: The National Philatelic Collection.

The NUMU – New Museum Los Gatos isdisplaying a special exhibit titled Giants in the Sky | The Rise and Fall of Airships through September 27, 1915. For more details on this exhibit see our post of June 5, 2015