Posted on October 16, 2013 by LighterThanAirSociety 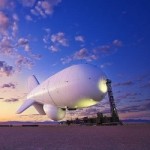 Floating 10,000 feet (3.048 m) in the air, a 240-foot (73 m) blimp can detect, track and target a variety of threats in a system developed by Raytheon Co., the Massachusetts-based defense and technology company. Blimps have been used by the U.S. military for years, but none have yet been this “smart.” 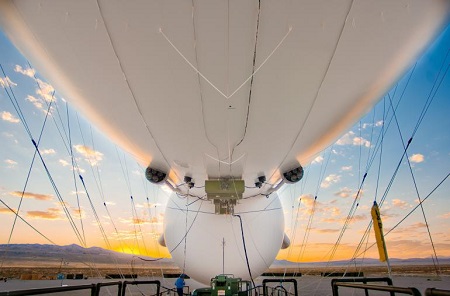 Sunset view under the belly of the JLENS aerostat.
Photo: Raytheon

In July, the system was successfully tested in a maneuver with an F-15 fighter, guiding the jet’s air-to-air missile to intercept a high-speed target mimicking an enemy cruise missile. 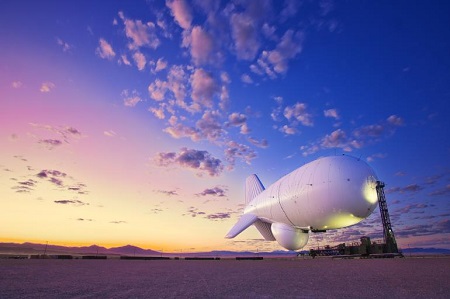 One JLENS orbit can provide the same 24/7 coverage for a 30-day period that 5 fixed wing surveillance aircraft provide.
Photo: Raytheon

The airship was able to relay its radar signal, giving the fighter jet precise data on the target and enabling the pilot to fire a Raytheon-built Advanced Medium Range Air-To-Air Missile. 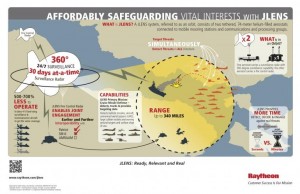 The July 17 test shows how the helium-inflated airship can expand the range of jets on patrol, said Dave Gulla, Raytheon’s vice president of Global Integrated Sensors.

“Integrating JLENS’ precision detection and targeting information with the combat-proven AMRAAM gives our military a new way to defend the fleet and our allies,” Gulla said. 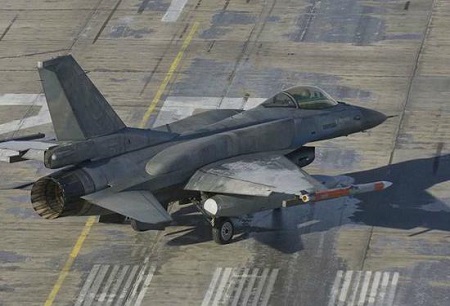 One JLENS orbit can provide the same 24/7 coverage for a 30-day period that 4-5 fixed wing surveillance aircraft can provide.
Photo: Raytheon 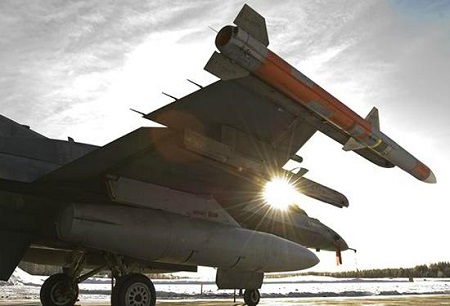 Procured by 36 countries, the combat-proven AMRAAM has been operational and integrated on the F-16, F-15, F/A-18, F-22, Typhoon, Gripen, Tornado, Harrier, F-4, and the Joint Strike Fighter aircraft.
Photo: Raytheon 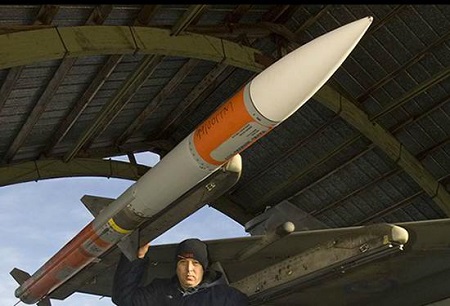 The JLENS system is appealing to the U.S. military because of its ability to watch over hundreds of miles of territory at a fraction of the cost of airborne patrols.

While the Defense Department looks to cut its budget and scrap unnecessary programs, the system shows promise as a way to trim surveillance costs.