World View Balloon Aims to Give You an Outer-Space View for $75,000

Posted on October 22, 2013 by LighterThanAirSociety 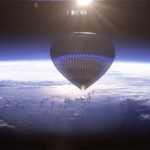 A new venture headed by veteran space entrepreneurs plans to send tourists on a balloon up to an altitude of 19 miles, to give them the kind of spacey view that daredevil Felix Baumgartner saw last year — at a price of $75,000 a ticket. 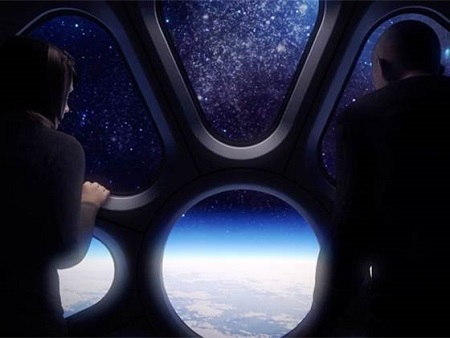 World View plans to offer big-screen views of Earth from a balloon at a height of 30 kilometers, or almost 100,000 feet.
Image: World View Enterprises

Arizona-based World View Enterprises said it would offer 30-kilometer-high balloon rides starting no earlier than 2016. It plans to start selling tickets sometime in the next few months, even as it continues development of its balloon and pressurized gondola in Tucson.

The company unveiled its plans on Tuesday, after the Federal Aviation Administration determined that the venture would follow the rules that govern commercial spaceflight rather than the more stringent rules for atmospheric balloon trips. World View says it has completed some component testing for the balloon system and will begin subscale testing early next year.

The World View balloon wouldn’t get anywhere near the internationally accepted 100-kilometer (62-mile) boundary of outer space, and riders wouldn’t feel any zero-gravity sensation. But the experience would give them the kind of black-sky view associated with high-altitude balloon flights — like the ones that have put cameras, action figures and a Hello Kitty doll into the stratosphere. 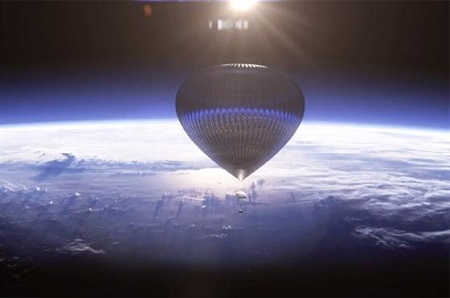 The World View balloon is to be made from high-performance polyethylene film.
Image: World View Enterprises

“Seeing the Earth hanging in the ink-black void of space will help people realize our connection to our home planet and to the universe around us, and will surely offer a transformative experience to our customers,” Jane Poynter, World View’s chief executive officer, said in a statement. “We look forward to pioneering this new, accessible and affordable spaceflight regime, and to sharing the breathtaking, once-in-a-lifetime experience with people from around the globe.”

The $75,000 price tag is less than the $250,000 suborbital space rides being offered by Virgin Galactic, or the $95,000 rocket-plane trips planned by XCOR Aerospace. The World View tours would also provide a longer dose of high-altitude views: The company estimates that the ascent would take a couple of hours, with two hours of hang time at the top, and a half-hour descent.

The initial plan calls for the balloon gondola to hold six passengers and two pilots; eventually, that would shift to a configuration for seven passengers and a single pilot.

You wouldn’t earn your astronaut wings, but the FAA ruled that World View should nevertheless follow the rules for spaceflight because “a person would experience the same physiological responses at 30 kilometers as if exposed to the environment of low-Earth orbit.” 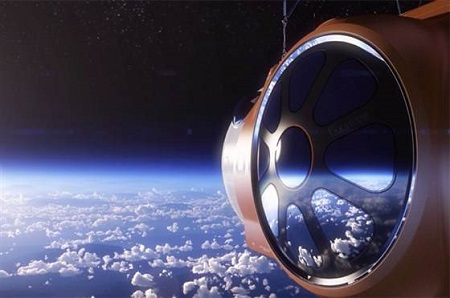 A pressurized gondola would provide the kind of view that daredevils see.
Image: World View Enterprises

Poynter is no stranger to spaceflight systems — and neither is her husband, Taber MacCallum, who serves as World View’s chief technology officer. They are among the founders of Paragon Space Development Corp., which has worked on life support systems for a variety of current and future spacecraft. They’re also spearheading the technical aspects of Inspiration Mars, a project to send two people on a Red Planet flyby with backing from millionaire Dennis Tito.

Others involved in the venture include Paragon co-founder Grant Anderson and chief scientist Alan Stern, a planetary scientist and aerospace consultant who has served as NASA’s associate administrator for science.

Following up on a report in the NewSpace Journal, company spokeswoman Deanna Wilke confirmed that the VegasTech Fund was among investors funding World View during its development phase. The Wall Street Journal reported that Philippe Bourguignon, former president of Euro Disney, was also an investor.

The FAA letter refers to Spaceport America in New Mexico as a launch site for the World View balloon, but the company says there are likely to be other launch sites as well.