Posted on July 14, 2018 by LighterThanAirSociety 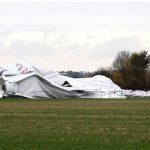 The world’s longest aircraft detached from its moorings and collapsed after a locking mechanism was not inserted correctly, a report has said.

Airlander 10 collapsed at its Bedfordshire base less than 24 hours after a test flight in November 2017. 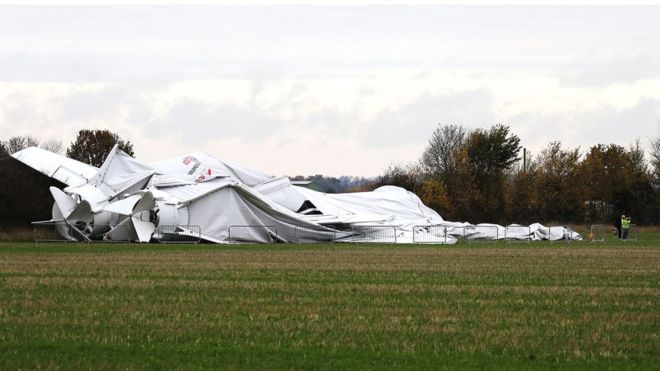 The Airlander collapsed at Cardington Airfield, where it was based.
Image: South Beds News Agency.

An investigation by owner Hybrid Air Vehicles said failure to insert locking safety pins properly was the “root cause” of the incident. It said there was “no evidence of structural or functional failure”. 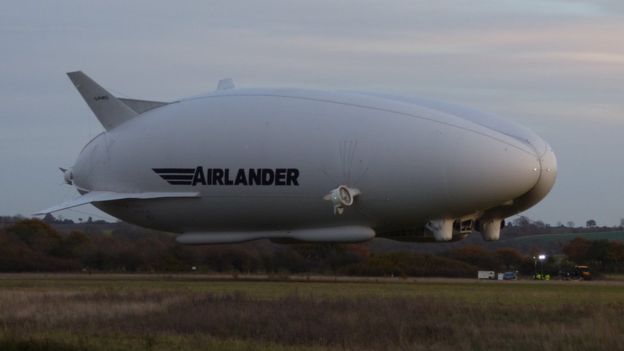 The Airlander 10 is a combination of a plane and an airship.
Image: Hybrid Air Vehicles.

Hybrid Air Vehicles said its investigation “showed it was possible to insert the mast locking safety pins in an incorrect position without obvious indications of this being the case”.

It has since started working on a number of actions to improve the mechanism to minimize the possibility of a similar event in the future.

The Air Accident Investigations Branch said it will not be publishing a report into the incident as “there are no wider safety messages that would benefit the general public”.