KT unveils airship drone for use in 5G emergency network 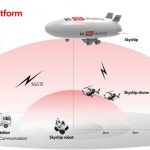 The telco’s Skyship Platform features an airship drone that will scan for mobile signals of those in need of rescue.

South Korean telco KT has unveiled its 5G emergency network service called Skyship that uses airship drones to search for survivors in the aftermath of disasters.

KT collaborated with local drone maker Metismake to design the helium gas-based airship, which has an attached pod with propellant, network module, high-resolution camera, and a trunk that can deploy smaller drones to the ground.

It was designed in NACA airfoil and can maintain stable flight in 13 meter-per-second winds. It has a maximum speed of 80 kilometers per hour and can fly up to six hours.

The airship will also scan for LTE and 5G mobile signals and sync it with the telco’s data to provide the name, age, and other personal information available to rescuers. 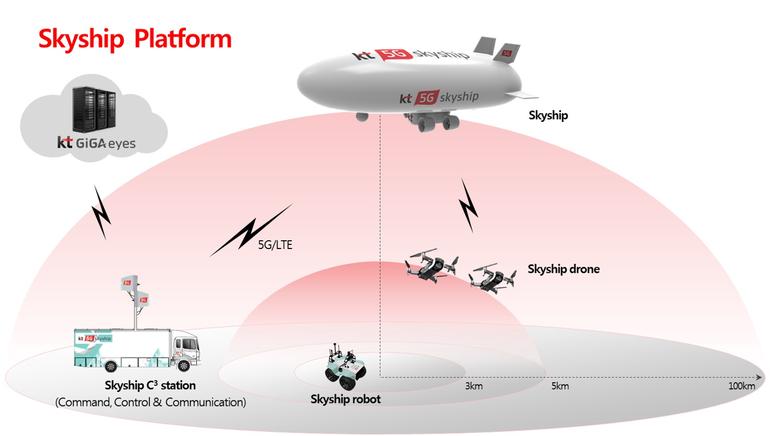 KT’s Skyship platform will have its namesake airship search for survivors and alert command.
Image: KT

KT said it will later add medical records so that hospitals and emergency crews can immediately find out the blood type and preexisting conditions of survivors.

Once the airship picks up a signal of a survivor, the trunk will open to deploy the smaller drones that will deliver emergency kits and supplies. It will also send smaller robots on the ground to survivors.

The company will standardize the hardware requirements such as network module and camera to allow third-party development.

KT said it will expand availability of the service that capitalizes on its 5G network, which will go commercial next year. 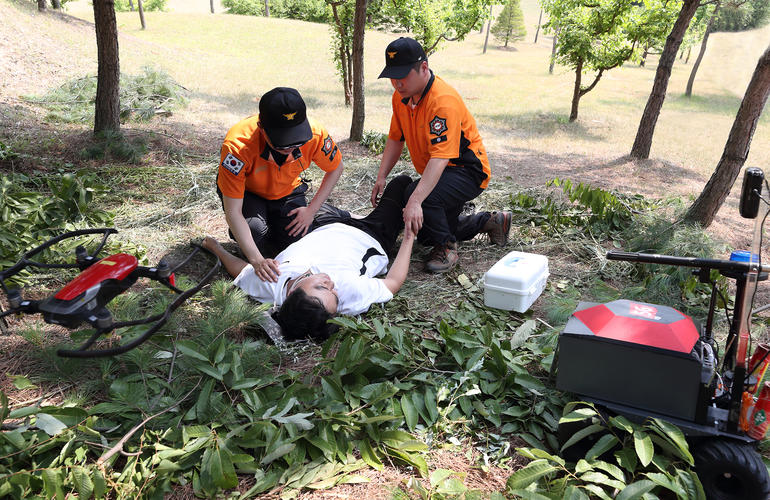 Drones with emergency kit will be delivered to survivors for use by the rescue crew.
Image: KT