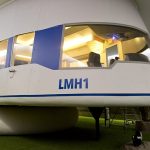 Originally planned for next year, the first flight of Lockheed Martin’s LMH-1 hybrid airship is now expected in 2019, according to Dr. Bob Boyd, program manager, LMH-1. 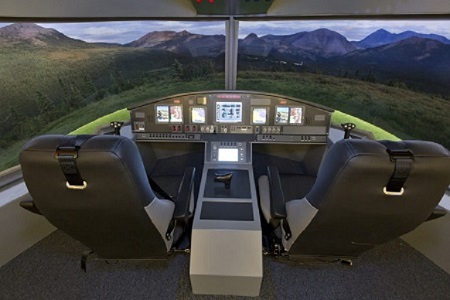 “What we’re really doing is aligning the product with the market. It takes a while for a new product like this to get introduced, and we’ve got to go through a lot of different issues on everything from regulatory to financial, to getting everybody aligned to where it’s going to go, and how it’s going to operate,” said Boyd in a conversation with Skies. 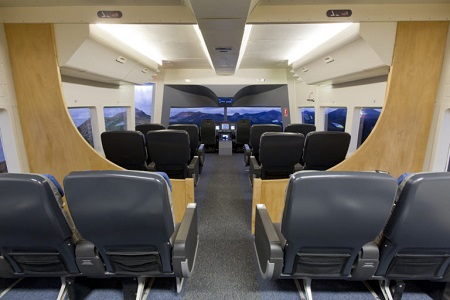 A view of the cabin.
Kevin Robertson/Lockheed Martin Photo

Boyd explained that Lockheed Martin is working to convert the LOIs to firm orders, but the unique nature of the aircraft presents a challenge.

“No one is used to buying a cargo airship. That always throws everyone for a little bit of a loop, and they have to think about it and do some assessments, so it just takes time.”

While the business side of the equation has delayed the LMH-1, construction of the hybrid airship continues at the OEM’s Palmdale, Calif., facility.

The first LMH-1 to “float out” on its air cushion landing system (ACLS) will be the first serial production unit, given that the concept’s technologies were tested on the P-791 prototype, which flew 10 years ago. 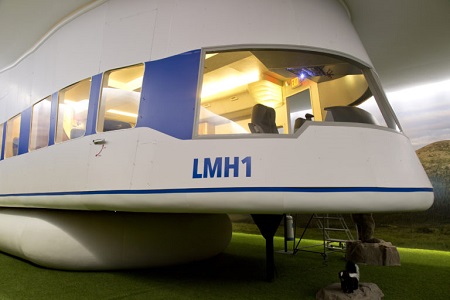 To help potential clients grasp the operational capabilities of the hybrid airship, Lockheed Martin has built a full-scale mockup of the gondola in Palmdale.

The spacious flight deck and 19-seat passenger cabin sit atop the forward ACLS pad, which dictated the large size of that section of the gondola.

The LMH-1’s fuel and equipment bay is directly behind the cabin, and the cavernous cargo bay is at the rear of the gondola. The 18 x 3.2 x 3-metre compartment can hold up to 21,000 kilograms (21 tons) of payload, and is a little bigger than the cargo box of Lockheed Martin’s venerable C-130 Hercules transport aircraft. 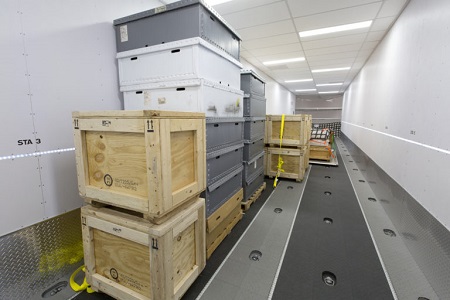 A cavernous cargo bay is at the rear of the gondola.
Kevin Robertson/Lockheed Martin Photo

“Essentially, if you build a machine that carries everything that you could put in a C-130, then you’ve captured the vast majority of the loads that are going out to these remote areas,” said Boyd.

The manufacturer has been working with both the FAA and Transport Canada to develop regulations for what Boyd said “is going to be the safest machine in the sky.”

With four thrusters, each with four different angles of attitude and blade pitches, and four independent aerodynamic controls, the heavy lifting is done by a sophisticated fly-by-wire system. 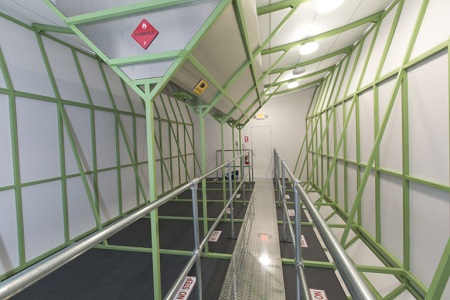 A view of the aircraft’s fuel and equipment bay.
Kevin Robertson/Lockheed Martin Photo

“It’s actually a piece of cake to fly. What you’re doing as a pilot, you’re defining intent–I want to go there, I want to go up, down, left, right, faster or slower. Then the computer and all the effectors make that happen.

“Even the failure modes result in a very low rate of descent, slower than parachute speeds. So you’re just floating down to the ground and you can still steer it and get it to a safe place. It’s not anything like a typical aircraft.”