Goodyear’s New Blimps to Converge at Wingfoot Lake Base 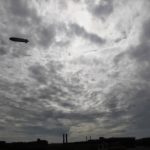 All three Goodyear blimps will be in Northeast Ohio in a week or so.

Goodyear confirmed Thursday that its Wingfoot Two blimp is headed to the company’s blimp base outside Akron.

That’s where the tire maker’s newest semi-rigid airship, Wingfoot Three, is undergoing certification flights and where Wingfoot One, normally based in Florida, is temporarily staying.

Wingfoot Two left its California base on Thursday and, with stops along the way, is scheduled to arrive at the Wingfoot Lake blimp base on July 20. 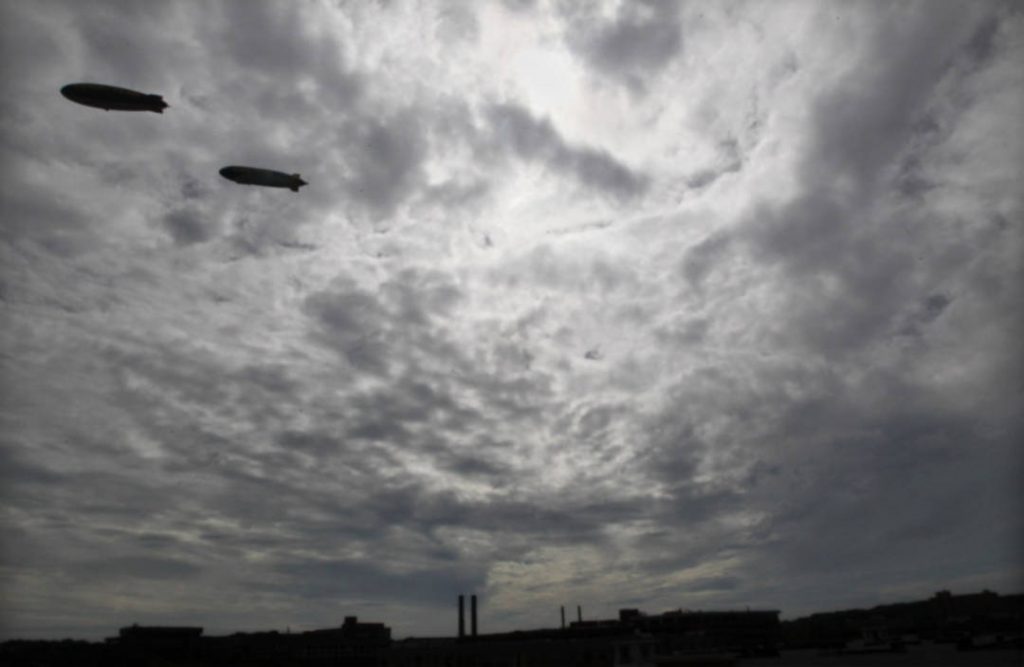 Wingfoot One flew up last month from its Florida home to the Suffield Township blimp base and subsequently went on a Midwest tour before returning to the local hangar.

The three airships are all but identical NT, or New Technology, aircraft built locally by German manufacturer Zeppelin. Discerning eyes will note that Wingfoot Three’s gondola has a couple of extra windows at the rear.

It’s possible but not definite that the three airships will fly in Akron-area skies at the same time, Goodyear spokesman Dan Smith, who is traveling with Wingfoot Two on its cross-country trip, said.

“We’ll have them all in the same place,” he said. “It’s just where all the different schedules have fallen.”

Wingfoot Two will undergo routine maintenance inside the blimp hangar while it is here, Smith said.

It’s Wingfoot Three that will be based at the Suffield Township hangar and be a familiar sight in Akron area skies.

Wingfoot One (right) and Wingfoot Two (left) moored in front of Goodyear’s Blimp Base at Wingfoot Lake in Northeast Ohio on July 29, 2016.
Photo: © A. Bellon.