Did You Know the Lizard Peninsula Was Home to a World War I Airship Base?

Posted on January 19, 2014 by LighterThanAirSociety 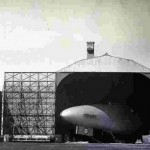 As the anniversary of the outbreak of the Great War approaches, The Packet looks back a how an airship base near Mullion played a key role in defending shipping from the German submarine threat.Royal Naval Air Station Culdrose opened in 1947 and since then has been the centre for airborne anti-submarine warfare training and operations in the Fleet Air Arm operating now with Merlin MK 2 helicopters. 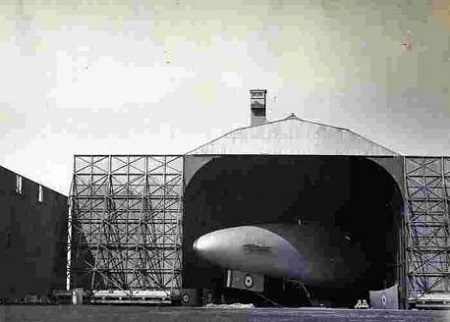 Too late to see action during World War 2, RNAS Culdrose was not the first Royal Naval Air Station in the area to specialize in this specific task. Thirty one years previously, during World War 1 RNAS Mullion was commissioned five miles away from the present Culdrose site in 1916. 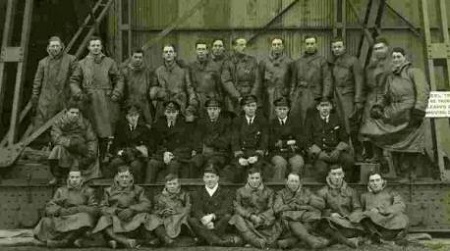 German U boats at the time were having great success sinking Merchant vessels and Royal Navy Warships in the English Channel. So the decision was taken to use Airships for anti U-boat patrols and RNAS Mullion was established on the Lizard. 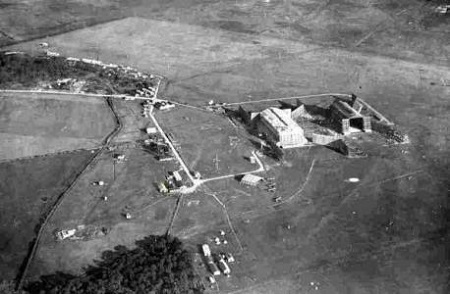 Its strategic position ensured it was well located in the battle against the German threat. RNAS Mullion became central to anti-submarine operations off the Cornish coast and the South Western approaches throughout the war. Airships proved a formidable deterrent against U-boats while performing reconnaissance, patrolling, mine-hunting and convoy escort duties.

At this time the Royal Naval Air Service operated all Airships across Britain and the first to operate at Mullion were the Coastal Class non-rigid type. They were constructed with a Gondola for the crew and a ‘Tri-lobe balloon’, of 170,000 cubic feet of Hydrogen. Coastal’s provided the nucleus of airships from the Lizard and had a crew of five with an armament of four machine guns and a small number of bombs or depth charges. Their open, unheated cockpits were uncomfortable; crew members resorted to walking around the outside on the grab-rails to stretch their legs. In winter, crews risked frostbite and hypothermia. Often ground handlers would have to lift crews from their cockpits after patrols; some lasting over 15 hours at a time. 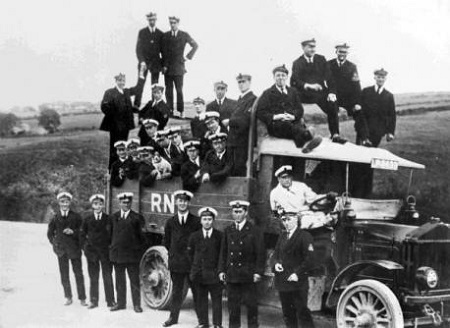 Other airship types were developed throughout the War but the most successful were the Coastal’s. Often described as ‘The darling of the Airship Service’ C-9 operated from Mullion and chalked up one confirmed and three probable U-boat kills during her long career. She entered service in June 1916 and was struck off in September 1918; completing 3,720 flying hours and covered over 68,200 miles. It was claimed that in her 805 days of service she had never missed an assigned patrol.

While most patrols made no enemy sightings, another Airship C-22 also from Mullion reported an attack in February 1917 after being alerted that a steamer had been torpedoed earlier. Carrying out a sweep of the area Flight Sub Lieutenant Charles Sydney Coltson spotted a submarine surfacing. 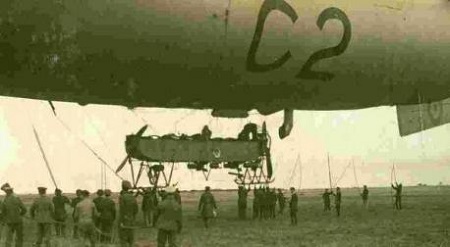 “When the conning tower was above the surface and the hull visible, she must have spotted us and began to submerge again. I altered course towards her and opened out to full speed. I got to the spot and dropped one bomb which fell ahead of her and failed to explode.

“I put my helm hard over and released my second bomb scoring a direct hit on the conning tower of the submarine.” C-22’s crew reported a large quantity of oil on the surface and numerous bubbles. Nothing further was seen of that U-boat. Coltson stayed in the area for a further two hours with no sign of the submarine it was credited to his Airship. Flt Sub Lt Coltson received the Distinguished Service Cross, DSC for his service at Mullion. In all four DSC’s, three Distinguished Service Medal’s (DSM’s) and nine mentioned in dispatches were awarded to the Sailors of Mullion.

RNAS Mullion closed in the summer of 1919 after hostilities ended, the airships were decommissioned and the land returned to its owners. Today evidence of Royal Naval Air Station Mullion can still be detected. Six vast wind turbines act as a convenient landmark for the site.

Most of the airship station is now largely overgrown, but the hangar floors along with huge heavy concrete blocks that once supported windbreaks and hangar doors remain and are the only evidence to what was the ‘Front-Line’ of the First World War in Cornwall.