Back to Blimps? Lockheed Martin Will Show Off Its Hybrid Airship

Posted on March 9, 2016 by LighterThanAirSociety 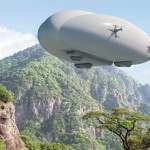 Lockheed Martin Corp. will give the media a first look at its Hybrid Airship prototype at the defense giant’s Skunk Works facility in Palmdale on Wednesday.

he 21-metric-ton airship has been touted as a way to deliver heavy cargo and personnel to remote locations that may be inaccessible to trucks and other more traditional forms of transportation. Atlanta-based Hybrid Enterprises is the exclusive reseller of the airships. 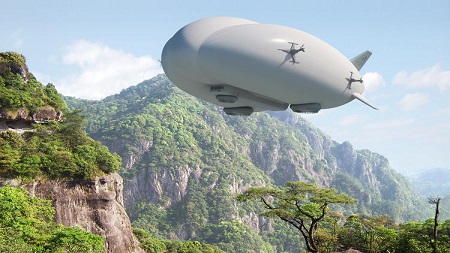 Lockheed Martin has said the airship will be able to carry up to 47,000 pounds and burn less fuel than conventional aircraft.

The Hybrid Airship is the result of more than 20 years’ worth of research. In 2006, the company flew a half-scale prototype — the P-791 — in Palmdale and completed all of its in-flight test objectives.

The Hybrid Airship is just the latest of similar vehicles that their makers are betting can disrupt cargo transportation.

For example, in 2014 Montebello-based Worldwide Aeros Corp. christened the Aeros 40D Sky Dragon, a white, helium-filled airship that resembled a smaller version of the Goodyear blimp. The airship was sold to Grupo Toyan, a Mexican company that intended to use it to monitor oil pipelines.

A similar airship was sold to the government of Thailand, which has used it for surveillance.

But analysts said the market for such airships is uncertain.

Air cargo numbers have been low for years, and there is a lot of capacity in the air freight business, said Richard Aboulafia, aviation analyst at the Teal Group, an aerospace and defense research firm.

A commercially successful airship will likely have to depend on transporting exotic cargo to exotic locations, he said.

“In theory, it sounds like a great idea,” Aboulafia said. “It’s when you get to the details that things get problematic. There could be something, some kind of niche — it’s just proved elusive so far.”