Posted on March 7, 2016 by LighterThanAirSociety 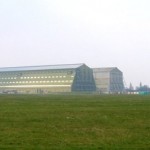 With the world’s longest aircraft set to be launched in the next few weeks, BBC News takes a look at the history of a place synonymous with airships in Britain. 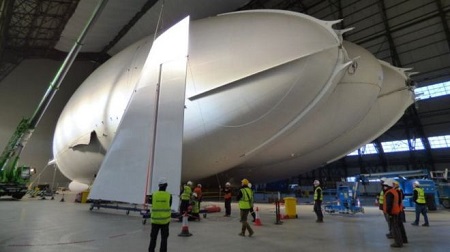 Hybrid Air Vehicles is building its Airlander 10 ship, filled with inert helium rather than R101’s explosive hydrogen, in Hangar 1. Hangar 2 continues to be used as a film set and sound stage.
Image courtesy of BBC/Hybrid Air Vehicles.

When the Airlander 10 takes off from Cardington in Bedfordshire next month it will be the latest in a series to be launched from Britain’s biggest aircraft hangar. 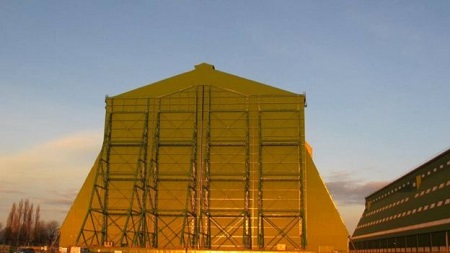 It will also mark the return of Cardington Sheds, a relic of World War One, to their “original purpose”, said an enthusiast who runs a website for fans of two vast Grade-II listed hangars.

Trevor Monk said he hopes its launch “heralds another 100 years of airships at Cardington”. 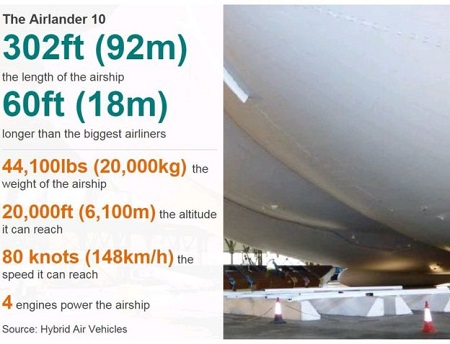 Airships were built in the sheds at Cardington in the 1920s. Hybrid Air Vehicles plans to launch the first of a new generation of airships from Hangar 1 in early April. It received a £3.4m government grant, a £1.94m European Union grant and a further £2.4m from a crowdfunding campaign. 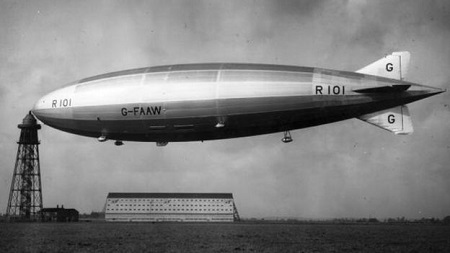 The R101 was built at Cardington. It was the world’s largest flying craft at 731ft (223m) long and had been intended to service routes within the British Empire.
Image courtesy of BBC/Getty Images. 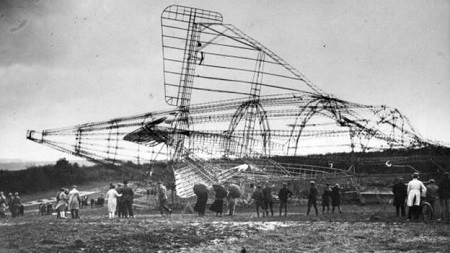 But when it crashed on its maiden voyage at Beauvais in France, killing 48 of the 56 crew and passengers, the airship-building program ended.
Image courtesy of BBC/Getty Images.

Mr Monk, whose grandparents owned a farm close to the sheds, said: “My earliest memory is aged three in 1981 when my father sat me down on his lap on his Class Combine and we watched a Skyship 500 fly past.”

But Hybrid Air Vehicles hopes to be building 10 Airlanders a year by 2021, meaning Hangar 1 would once again be used for its original purpose as a base for making airships. 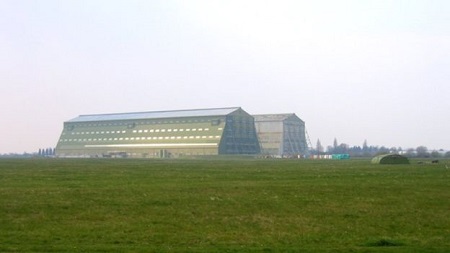 The station was nearly closed, but in the run-up to World War Two became RAF Cardington. Since then, the sheds have been used for parachute training, by the Met Office, by the Home Office for its fire research center and as a film set.
Image courtesy of BBC/ Rodney Burton/Geograph.

Mr Monk said the new airships are of a totally different construction from their hydrogen-filled predecessors.

“It’s like comparing modern aeroplanes with 1920s biplanes,” he said.

“But to have lighter-than-air aircraft back in production at Cardington is epic.” 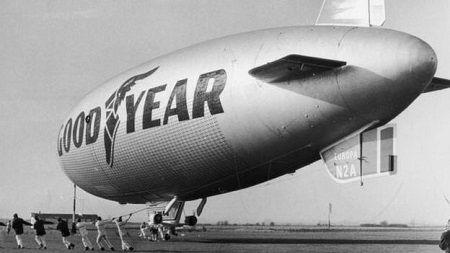 Airships returned to Cardington in 1972, when tire company Goodyear had this blimp assembled in Hangar 2. It was used for publicity purposes across Europe, including at the Munich Olympics.
Image courtesy of BBC/Getty Images. 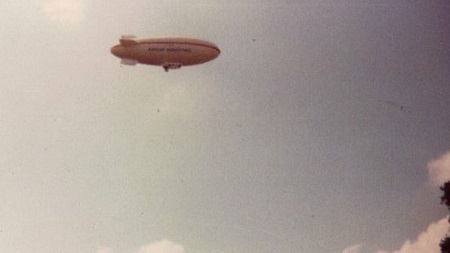 Skyships like the ones used in the James Bond film A View to a Kill were also flown from Cardington in the 1980s.
Image courtesy of BBC/ Trevor Monk. 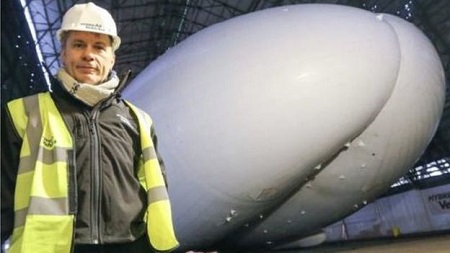 Bruce Dickinson from band Iron Maiden is among the backers of the project .
Image courtesy of BBC/Airlander. 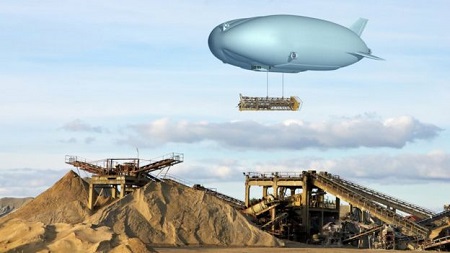 The company hopes to be building 10 Airlanders a year by 2021. It says they are ideal for carrying large loads into disaster zones without airports. The first one is scheduled to be launched in early April.
Image courtesy of BBC/ Sergej Petrakov/Hybridge Air Vehicles. 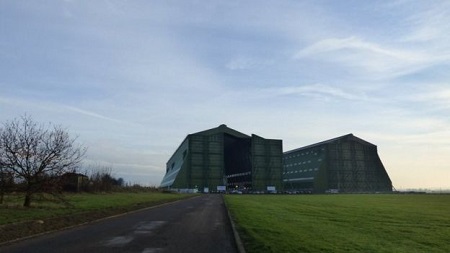