Posted on April 5, 2017 by LighterThanAirSociety 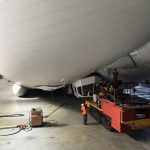 The Airlander Team can today announce two significant enhancements to the aircraft ahead of its imminent Hangar Exit and resumption of its Flight Test Program. 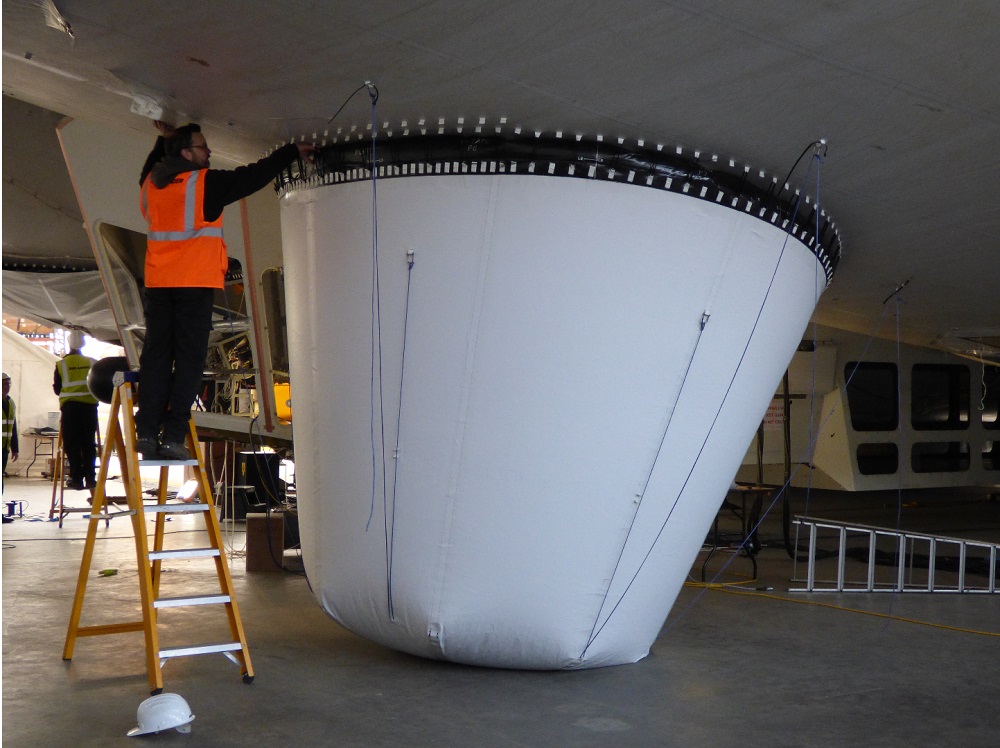 An Auxiliary Landing System (ALS) has been added which allows the aircraft to land safely at a greater range of landing angles. This is a pilot-deployable two airbag landing system, which the pilot can deploy as an extra cushion to land on. The airbags are over 3 meters in length and contain 15 m³ gas (less than 0.1% of the entire hull volume). There is an airbag on each side of the Flight Deck, which offers enhanced protection to the cabin and Flight Deck. It will be deployed on most landings in the flight test program. It uses the existing ballonet fans to inflate, and takes under 20 seconds to be ready for use. 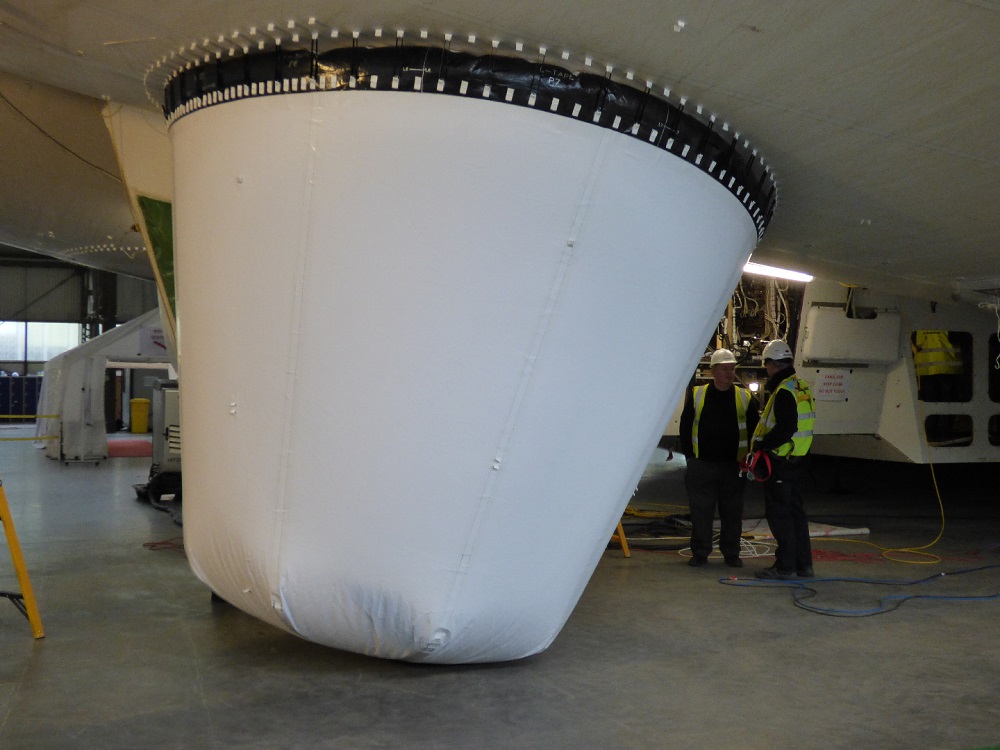 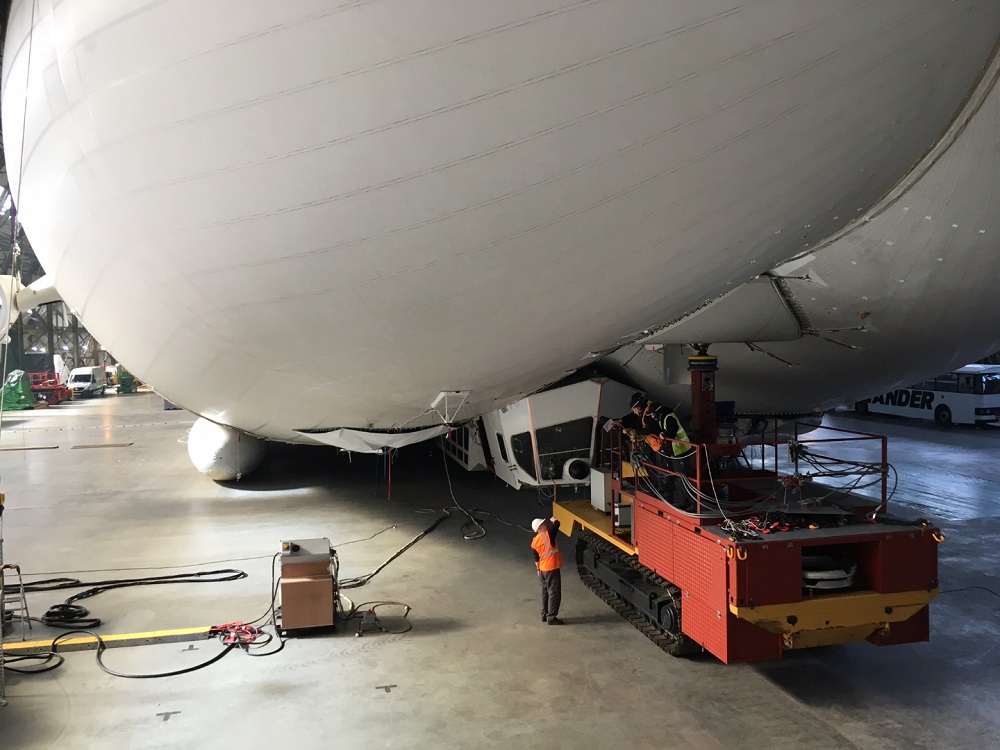 Another major accomplishment is the commissioning of the Mobile Mooring Mast (MMM). The MMM is an integrated tracked vehicle and mooring mast, which makes it much easier to control and ”push back” the Airlander when maneuvering it around the airfield. It has a single pivot interface with the Airlander, so makes a much simpler mechanism than we previously had.

Both of these pieces of equipment are new to Airlander, and have been developed as a direct result of learnings the team have established since the flight tests last August. They will make Airlander easier to maneuver and safer to land. 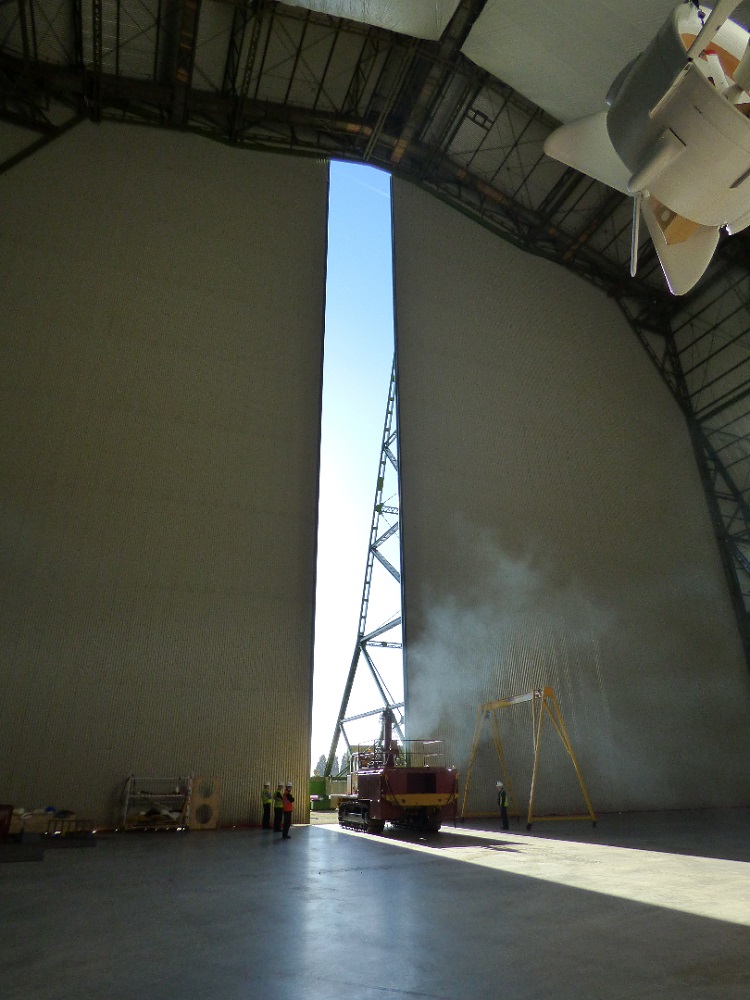 “Both of these enhancements are great engineering innovations, and show the creativity and ingenuity of the team working on Airlander to great effect. We look forward to using them for real very soon.” – Steve McGlennan, CEO Hybrid Air Vehicles Ltd.

Hybrid Air Vehicles expect to take the Airlander out of the Hangar during April and she will be flying again very soon after that. Our focus remains the safest early flight, and we will not announce a next flight date in advance.

Hybrid Air Vehicles is in the final stages of an £8 million equity financing raise from its existing shareholders, which has gone very well and is already well over half way to completion. 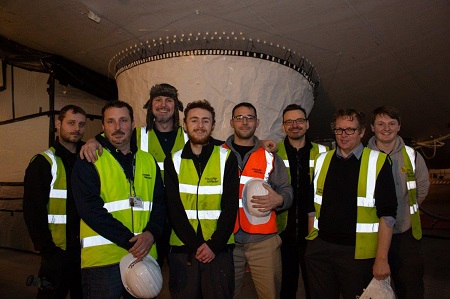