Airlander Returns to the Skies

Posted on May 10, 2017 by LighterThanAirSociety 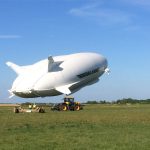 We are delighted to announce a successful flight of the Airlander 10 this evening (Wednesday 10 May).  All objectives of the planned flight were accomplished and the aircraft is now safely back at its masting site. The Airlander was taken off its mooring mast at 17:20 and took off at 17:28. It flew for a total of 180 minutes before landing at 20:15 and was secured safely on the mast at 20:20.

“It was truly amazing to be back in the air. I loved every minute of the flight and the Airlander itself handled superbly. I am eager to get back into the cockpit and take her flying again.” – Chief Test Pilot, Dave Burns. 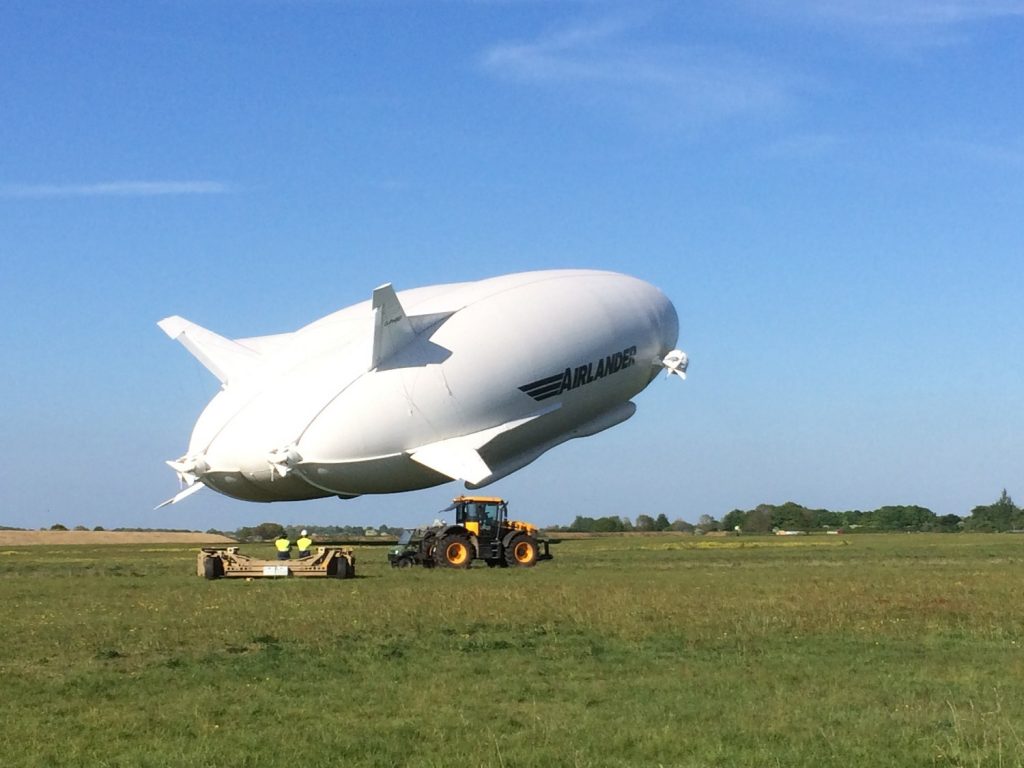 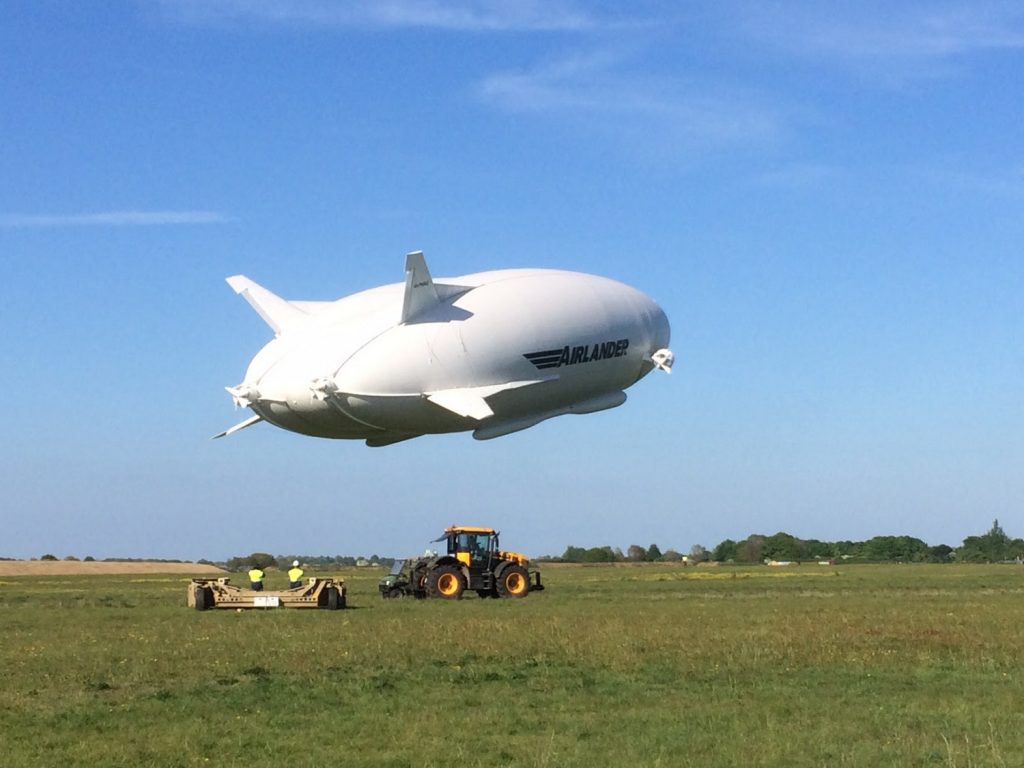 This test flight recommenced the Flight Test Program of the Airlander 10, which started on August 17, 2016.  During each of its 3 phases, the Airlander will perform more tasks and be permitted to fly further away from its base in Cardington.

This marks the return to the skies of the world’s largest aircraft, the Airlander 10, and draws a line under the heavy landing it experienced last August.  The Airlander has now flown three times in addition to a successful flight as HAV-304 during the US Army’s Long Endurance Multi-intelligence Vehicle program in 2012.  There were considerable modifications since it was the HAV-304 and the Hybrid Air Vehicles team have made a number of additional modifications since last August, the main ones visible today being a new more powerful and more maneuverable Mobile Mooring Mast (MMM), and the additional “landing feet” of the Auxiliary Landing System (ALS). 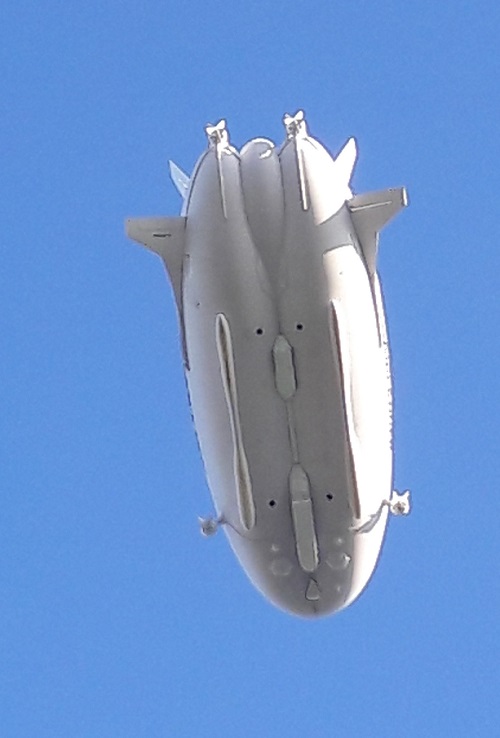 There were three Test Objectives during today’s flight, all of which were successfully achieved: 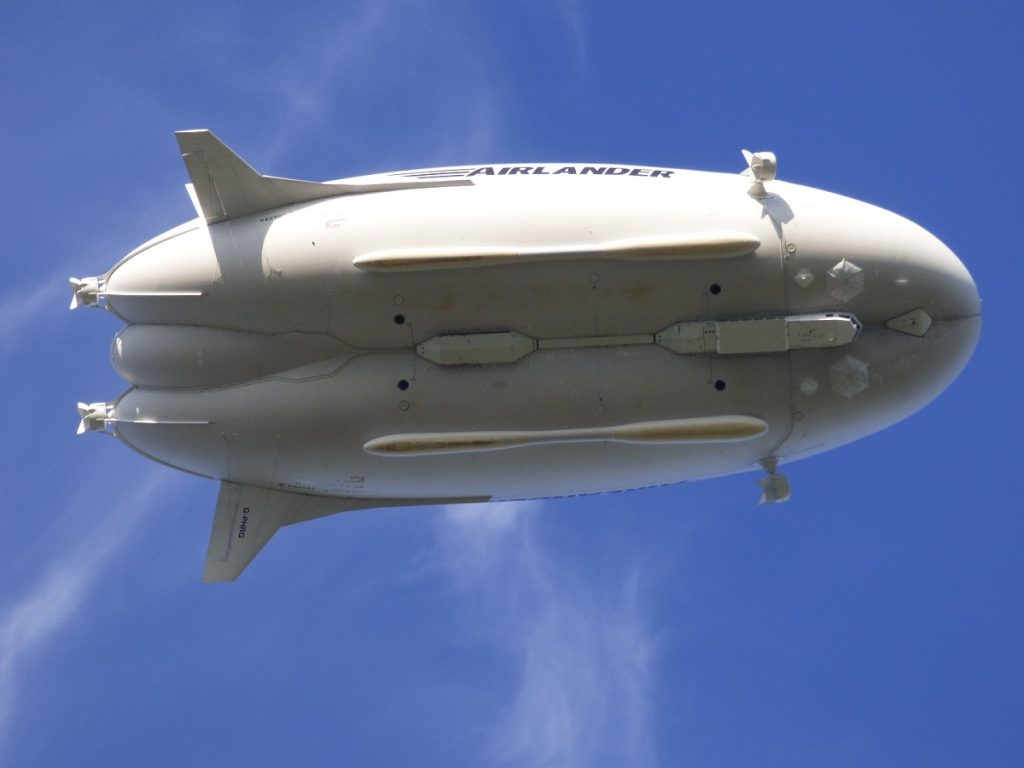 From Below.
Source: Hybrid Air Vehicles

The ALS performed as expected on landing, and the Flight Test Team were very pleased with the initial analysis of this new addition to Airlander’s landing system.

Ultimately the Airlander 10 will break the mold of aviation, providing an ultra-stable, ultra-powerful and ultra-long endurance platform that will be useful in a huge number of roles from search and rescue, to border control, coast-guarding, crowd monitoring, security, filming, academic research and filming.  There will also be passenger variants for the ultimate flying experience and eventually Hybrid Air Vehicles will fulfill a crucial role in point-to-point cargo transportation to remote areas. 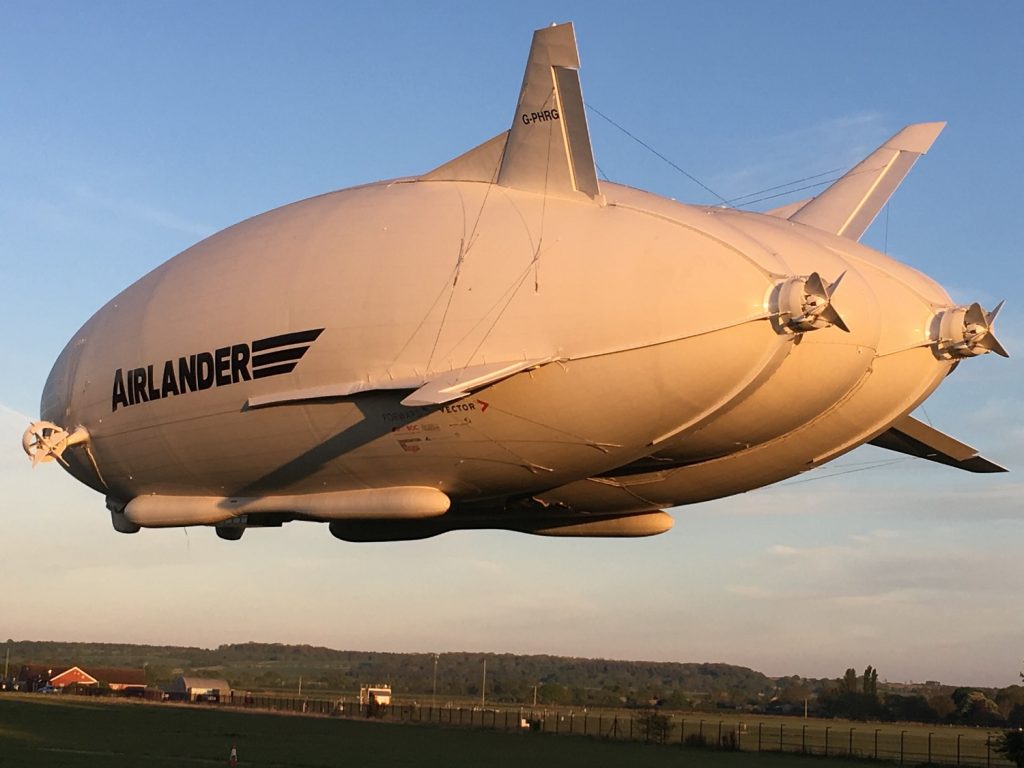 “This is a great testament to the tenacity and ingenuity of the team of engineers at Hybrid Air Vehicles, who are continually pushing the boundaries of aviation with this amazing aircraft,”said Technical Director, Mike Durham. 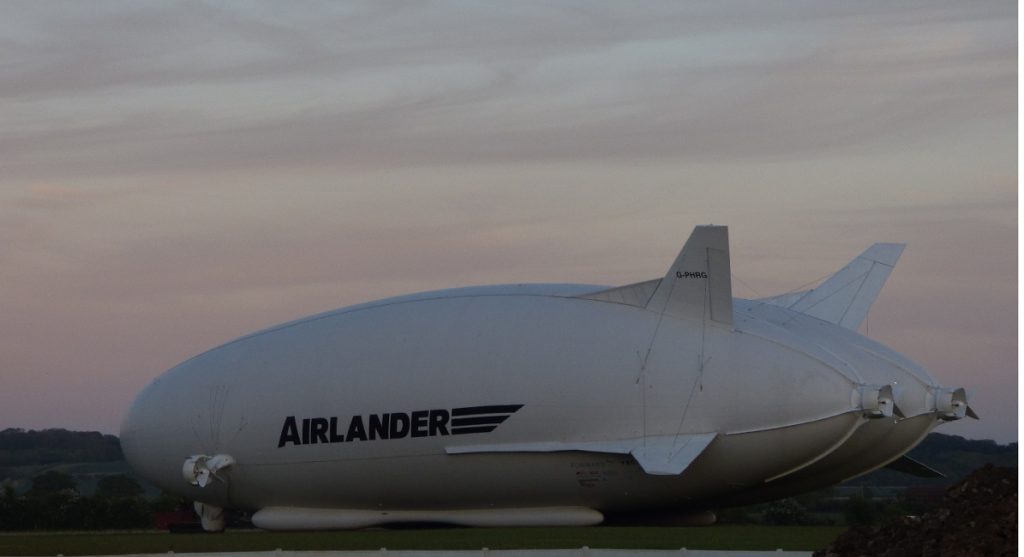 The next few flights are likely to be at least a week or two apart, in order to give time for a full analysis of the data collected on the flight.