Posted on August 8, 2016 by LighterThanAirSociety 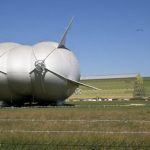 Watch a video of the Airlander 10 exiting its hangar for the first time at the bottom of this post.

The world’s longest aircraft has been brought out of its hangar for the first time.

The Airlander 10, a plane-airship hybrid, was piloted out of the UK’s biggest hangar at Cardington Airfield, Bedfordshire, at 04:00 BST on Saturday. 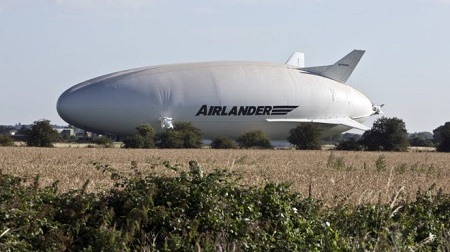 The Airlander 10 slowly emerged from its hangar in the early hours of Saturday.
Image: BBC/South Beds News Agency.

The 302ft-long (92m) aircraft passed with just a few feet to spare through the hangar doors and was then towed for 30 minutes to its mast site.

It was the public debut for the £25m craft, christened the Martha Gwyn. 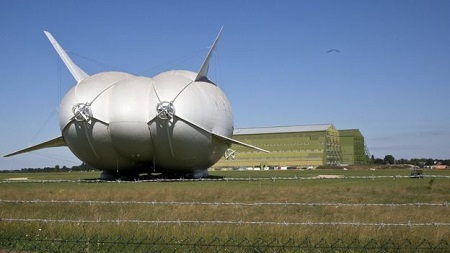 The aircraft has been developed and built in the country’s biggest hangar in Bedfordshire.
Image: BBC/South Beds News Agency. 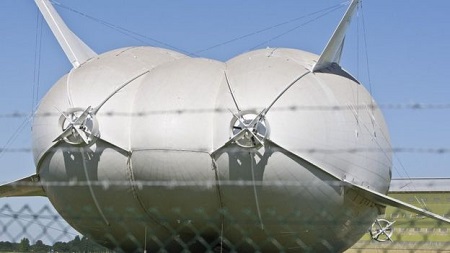 Ground systems tests will be carried out on the vessel before it takes to the skies.
Image: BBC/South Beds News Agency

Tests on its engines, generators and systems were completed last week, while ground systems tests will now be carried out. The date of its maiden flight has yet to be announced.

The machine is about 60ft (18m) longer than the biggest passenger jets.

British firm Hybrid Air Vehicles (HAV) has spent the past nine years developing the prototype in the Cardington hangar after the US Army ran out of money to develop it as a surveillance machine.

HAV has said the vessel could have many uses including surveillance, communications, transporting cargo, humanitarian missions and passenger travel. 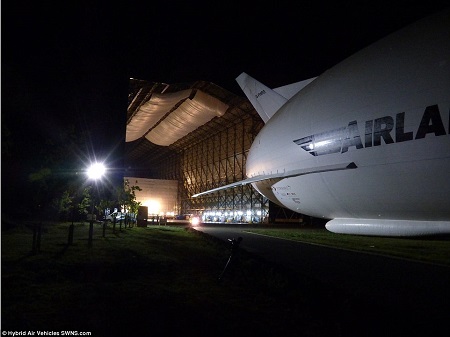 It was a delicate operation as there was only a six meter clearance from the fin tip to the sides of the hangar doors.
Image: Daily Mail/Hybrid Air Vehicles SWNS.com. 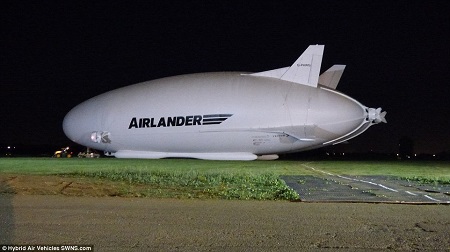 The world’s largest aircraft made its first journey at 4am today. Originally known as the Airlander 10, it was christened Martha Gwyn in March, in honour of the wife of the company’s chairman.
Image: Daily Mail/Hybrid Air Vehicles SWNS.com. 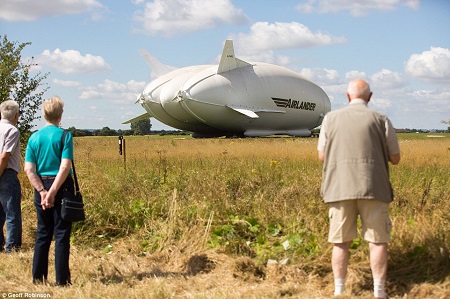 Members of the public looking at the world’s largest aircraft ,the Airlander 10,out in the open air for the first time today.
Image: Daily Mail/Geoff Robinson. 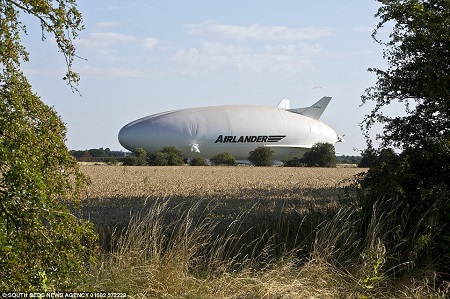 From a distance it looks similar to Thunderbird 2, the giant air transporter from the 1960s TV series.
Image: Daily Mail/South Bend News Agency. 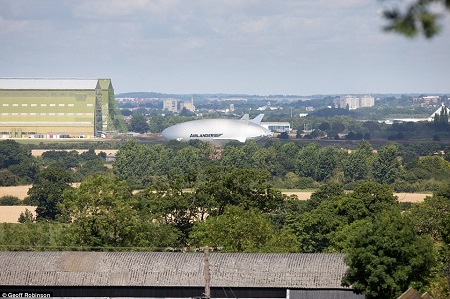 The Airlander 10, full of helium, is something like a cross between an airship and a plane.
Image: Daily Mail/Geoff Robinson. 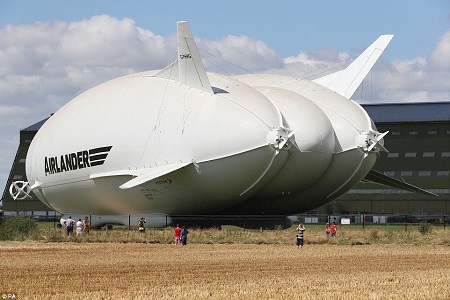 The Airlander 10, part plane, part airship, is out its hangar for the first time at Cardington Airfield in Bedfordshire.
Image: Daily Mail/PA. 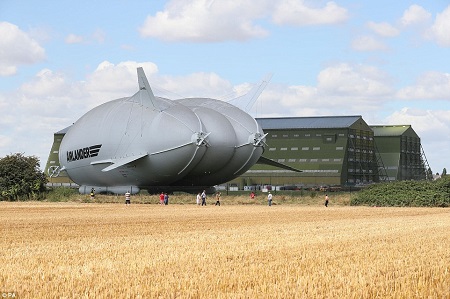 Airships had their heyday before the war but they were thought to be unsafe after the Hindenburg disaster in 1937.
Image: Daily Mail/PA.

Video of the Airlander 10 exiting the hangar at Cardington for the first time.