Posted on August 12, 2016 by LighterThanAirSociety 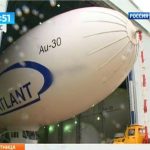 Russia could soon embrace lighter-than-air aircraft in an ambitious and expensive futuristic transportation project to boost links across remote areas of the country, the Kommersant newspaper reported on Friday.

The “United Eurasia” airships project is expected to cost more than $200 billion. The plans are hoped to connect European Russia with the Pacific Ocean, boost development in Russia’s most remote regions and motivate the West to lift anti-Russia sanctions implemented over Ukrainian conflict.

A fleet of high-tech “Atlant” cargo airships, designed by Russian company Augur RosAeroSystems, would carry freight to Russia’s Far East, and between the Northern Sea Route and the Trans-Siberian Railway. Each ship can carry a payload of up to 16 tons over a range of 2,500 kilometers, the company says.

One Atlant airship would be able to replace five of the Mi-8 helicopters currently used in Russia’s northern regions, saving up to $8 million a year. The improved transport links could also open up access to a number of gas and oil fields in Siberia, most of which are currently undeveloped due to high costs of building roads and pipeline networks.

The project is the brainchild scientist Alexander Nekipelov, and has already won the support of Russia’s Security Council: a presidential advisory body consisting of Russia’s top officials and the heads of Russia’s security agencies, Kommersant reported.

Russia’s Foreign and Defense Ministries, the Skolkovo Foundation and the Russian Academy of Science have also given their backing.

A prototype of Russia’s new aircraft in action. 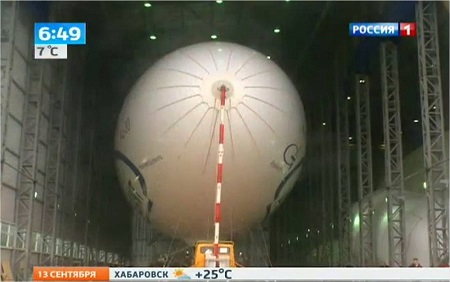 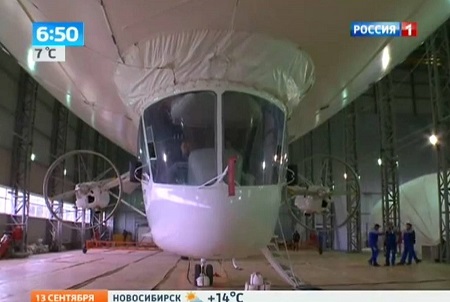 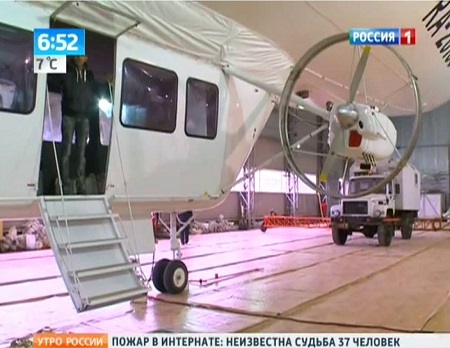 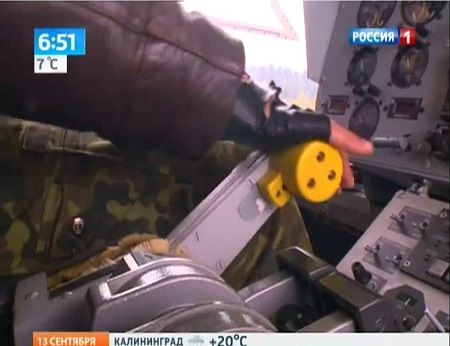 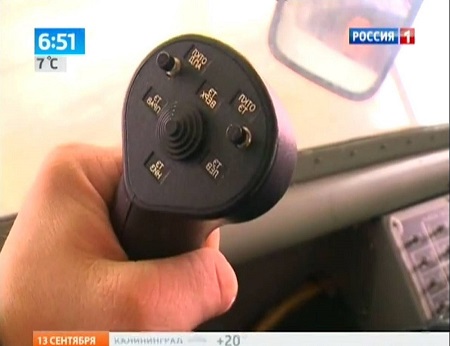 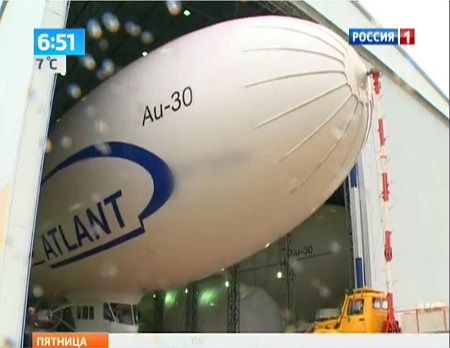 (This video is narrated in Russian.)

Private investors will be needed to complete the project, said Presidential Aide and former Transport Minister, Igor Levitin. Foreign companies would also be invited to participate.

The idea of bringing airships back to life has reappeared repeatedly over the past two decades, with enthusiasts arguing that lighter-than-air aircraft failed to fully unlock their potential during the war-torn 20th century.

The Atlant — whose name refers to Atlas, the titan from Greek mythology condemned to hold up the sky for eternity — is hoped to become the first of a new-era airships that can overcome past difficulties.

Some experts remain skeptical. “Airships can’t contend with railroads,” said Vladimir Karnozov, an expert from the Aviation Explorer internet portal. Problems related to the aircrafts’ transportation and cargo capabilities will be aggravated by heavy winds blowing over Russia’s vast regions, he said. Nobody has managed to implement such a project and remain financially viable, he said

This entry was posted in Airships and tagged airship, Atlant, RosAeroSystems, United Eurasia. Bookmark the permalink.