Posted on May 13, 2015 by LighterThanAirSociety 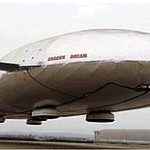 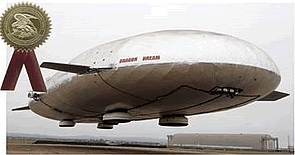 The receipt of this patent marks a game-changing advancement in the field of aviation. COSH technology overcomes a historical limitation of airships regarding their need for external ballast, and now permits the aircraft type to engage in a broad set of new missions including long-range, heavy-lift cargo transport.

“Large capacity airships have long been a dream for cargo logistics flexibility, but impracticable, because if you off-loaded 100 tons your helium filled aircraft will float away if not first loaded with 100 tons of ballast at your   pre-determined   destination.   Inefficient   and limiting, this is why airships never transitioned into cargo airships,” explains Igor Pasternak, COSH Inventor and CEO at Aeros. “This patent will permit only Aeros and our partners to leverage the empowerment of true VTOL in global heavy airlift, and the independence from off-board ballast and ground infrastructure this capability provides.”

The technology has been successfully demonstrated by an Aeroscraft prototype , and will allow the Aeroscraft to operate as a lighter-than-air vehicle (LTA) when flying, yet become heavier-than-air when needed to accommodate weight changes during payload removal, and to support ground operations.

The success of the Aeroscraft technology demonstration vehicle (Pentagon’s ‘Project Pelican’) is a motivating factor cited for the recent creation of a Cargo Airship Congressional Caucus in Washington. The new caucus will encourage the development of these revolutionary aircraft for military and civilian cargo transport, as well as support the emerging industry and leadership position of American firms.

Click here to see a copy of the patent. (Source: spacepatents.com)