The Story of a Dirigible that Flew over Gibara, Cuba 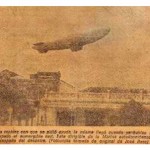 The Cuban city of Gibara has many amazing stories to tell, one of them talks about the day a dirigible flew over the city. The event is documented by a photo taken the day an American blimp flew over this seaside town.

When the USA entered World War II in December 1941, Germany launched operation “Drum Roll” with the purpose of bringing submarine warfare to the Eastern coast of the United States.

This operation sank several Cuban vessels as they were considered as enemies by Berlin and Tokyo, and Cuba’s coasts were also attacked.

On April 30, 1942 life went by as usual in the idyllic town of Gibara. Suddenly the American vessel Federal was attacked by a German submarine near the Cuban coast. This wasn’t an isolated event at all; the German sub U507 under the command of Captain Harro Schacht had already attacked and sunk several ships from countries at war with Germany.

The Federal sank off the coasts of Gibara, and its wreckage lies at the bottom of the Atlantic Ocean. The locals have always considered this heinous act a significant part of the local history. 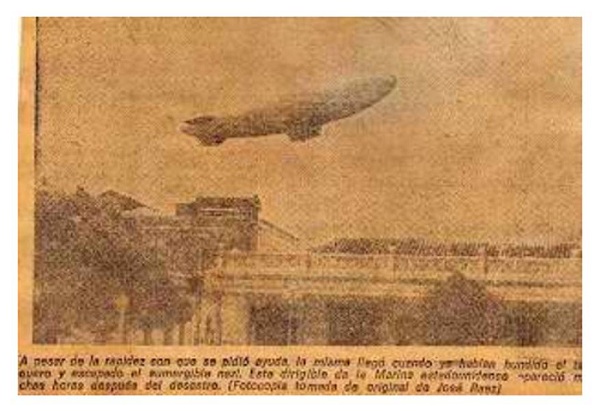 The United States sent reinforcements, but it was too late. As part of these, a US Navy blimp flew over the town of Gibara. This the only time a blimp has flown in this area.

In spite of the quick response to the SOS, help arrived after the US tanker had sunk and the Nazi submarine had escaped.

The photo of the US blimp over Gibara is a silent reminder of one of the many stories that this coastal city town has to tell.