Akron Balloonist is Trying to Keep Gas-filled Balloons from Disappearing

Posted on January 2, 2013 by LighterThanAirSociety 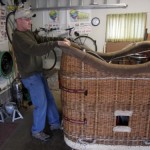 Gas-filled balloons are disappearing, but veteran Akron balloonist Mike Emich is working to turn that around.

The older balloons filled with hydrogen or helium are wearing out and disappearing. And for others, the sport is getting too expensive. 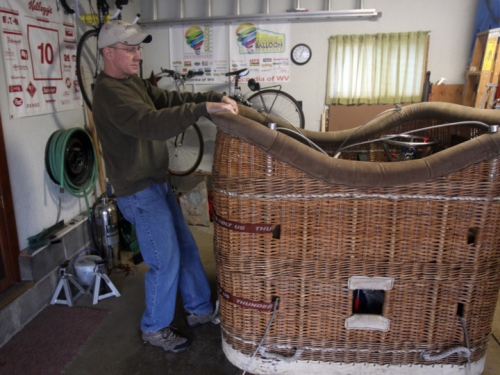 Helium has virtually disappeared from ballooning. It is largely unavailable and what gas is out there is very expensive.

“Gas ballooning is dying the United States and it’s almost gone. …We’re trying to keep this alive,” he said.

There have been no gas-filled balloons in the Akron area since the mid-1980s, he said.

Emich is a founding member of a new balloon club, Aero Club of America. It is believed to be the first gas-filled balloon club founded in the United States since the early 1950s.

The 10 members from around the country are building a hydrogen-filled balloon in northeastern Pennsylvania. Emich and the others will fly the new balloon from its base in Statesville, N.C. It could be ready to fly this month.

“It’s going to be really exciting,” he said.

Emich, 56, an Akron Fire Department lieutenant, says he wants to start a similar club in Akron to build and fly a similar balloon.

There are 150 members in the Northern Ohio Balloon Pilots Association, a hot-air balloon group, and the interest and history of ballooning in Akron is strong so such a club is a real possibility, he said.

Flying a gas-filled balloon is something special, despite most people thinking only of the Hindenburg, the German airship that went down in flames in 1937 in New Jersey and killed 36 people. 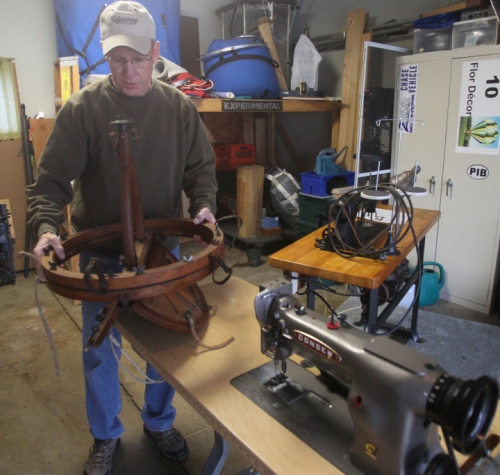 Part of what makes a hydrogen-filled balloon unique is that it is totally silent in the air, said Emich.

“There’s no noise. It’s perfectly silent. You can hear ground sounds at 5,000 feet,” he said. “It’s the purest form of flight.”

With training and education and with certain precautions, flying a gas-filled balloon is not a risk, he said.

The surface of hydrogen balloons has conductive carbon coatings to avoid static electricity. In addition, synthetic fibers on clothing is banned during inflation; only cotton clothing can be worn.

It will take about $1,200 of hydrogen from tanks to fully inflate the balloon. That compares with $50 to $60 for propane to inflate a hot-air balloon.

The flights will generally launch at night to get the best atmospheric conditions and will end the next day before noon.

The new balloon must win approval in February from a Federal Aviation Administration inspector.

Work on the basket got started in June in Bally, Pa., and Emich has done his part with bloody knuckles from weaving the wicker. “It’s hard on the hands,” he said.

The basket weighs about 135 pounds and is 4 feet by 5 feet by 40 inches. The floor is Baltic birch and there’s even a small door that sleepers can open to extend their legs outside the basket. It can carry three to four people.

The basket will also carry bags of sand as ballast. 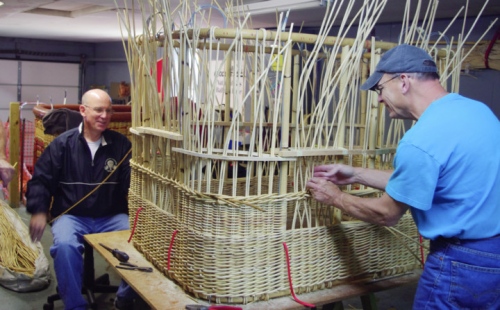 Emich, who said he has made 10 gas balloon flights over the years, said he expects to fly the new balloon at least twice a year and to work on ground crews for other flights.

He is one of three Ohioans among the original 10 who have bought into the new balloon. The other two members are from the Dayton area.

The club is likely to accept associate members who will get one flight a year. How much that will cost has not been determined.

Emich, a licensed pilot and sky diver, said he makes up to 40 hot-air balloon flights annually.

He holds a world-record for a hot-air balloon flight. In 1998, he flew almost 300 miles from Peoria, Ill., to near St. Marys in Ohio in his homemade balloon. It is a record for that type and that size balloon.

He previously held a second world record of 515 miles set with co-pilot William G. Armstrong Jr. in a 1985 flight from Akron to Massachusetts in a Navy-surplus balloon filled with hydrogen.

Emich nearly flew with the late balloonist Larry Newman on the around-the-world Earthwinds Hilton flight from Reno, Nev., in 1993. He bowed out over safety concerns.

Newman made two much-publicized attempts to launch from Akron in early 1992 from the Goodyear Airdock. He later moved to Reno where three ill-fated launches were made, the last in 1994. Three of the seven attempted launches got airborne.

The first balloonists to circle the globe, Bertrand Piccard and Brian James, succeeded in 1999.