Posted on October 30, 2011 by LighterThanAirSociety 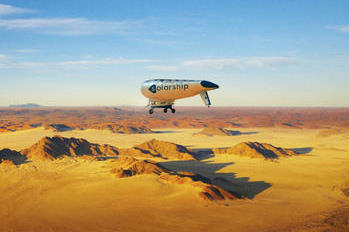 Mining companies operating in the most remote areas of Canada may want to take notice. Ditto for humanitarian groups looking for better ways to get life-saving medical supplies to hard-to-reach, disaster-stricken regions.

A Toronto company called Solar Ship has designed an aircraft that it says will be able to travel 1,000 kilometers carrying up to 1,000 kilograms of cargo, powered only by the sunlight that shines on its back. It will also be able to take off from — and land on — a spot no larger than a high-school soccer field.

Not quite an airship, not quite an airplane, the solar ship is a hybrid of both. The delta-shaped aircraft will be filled with helium, but slightly less than what’s required to lift it off the ground. Solar panels across the top of its body, likely backed up by a lithium-ion battery system, will supply enough electricity to drive it forward and into the air. In this way, the design achieves just the right balance of static lift (like a blimp) and aerodynamic lift (like a plane). 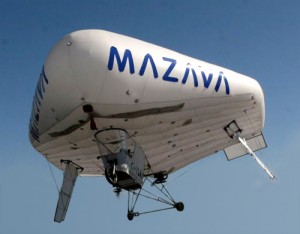 Jay Godsall, founder and chief executive of Solar Ship, says his aircraft will be able to go where no roads are built, where landing locations are too small or have been destroyed, and where existing airplanes and helicopters can’t reach on a single tank of fuel.

The need is certainly there. When a magnitude 7.0 earthquake struck Haiti on Jan. 12, 2010, it took eight days before supplies and other aid could be delivered to the city of Jacmel. Roads from the capital, Port-au-Prince, were blocked. The small airstrip and fueling infrastructure in Jacmel were too damaged to accommodate supply flights from the closest U.S. city, Miami. “Nobody could land,” says Godsall. “If we could make a similar run, and do it here in Ontario, it would be an irrefutable demonstration of our aircraft.” He plans to hold just such a demonstration in summer 2013. A test flight of a smaller solar ship designed to carry a light load of medical supplies is expected in late 2012, somewhere in Africa. 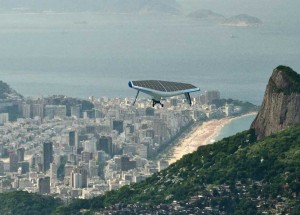 The Caracal will be a compact Solar Ship for the General & Utility and Intelligence, Surveillance and Reconnaissance (ISR) markets with a payload of 750 kgms.

Solar Ship’s target market is any industry with logistical headaches, including mining companies trying to open up areas of the north where roads are either non-existent or made of ice that is becoming less stable because of climate change.

Godsall recognized the need for such an aircraft back in the early 1980s while running a lawn mowing business in Ottawa. Just 16 years old at the time, the young entrepreneur had become friendly with some students from Burundi who spoke poor English. He gave them some lessons, and in exchange his lawn mowing business got access to the African embassy crowd. This led to occasional social visits to the Burundi embassy. 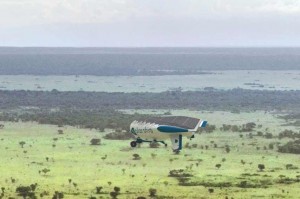 The Chui will be a mid-size aircraft built for ISR and cargo markets with a payload of up to 2.5 tons

One Saturday — Feb. 5, 1983, to be precise — Godsall attended a luncheon and overheard a gentleman talking about landlocked countries in Africa that had major transportation challenges. “We have the least reliable transportation infrastructure in the world,” the gentleman said. “We have a lot of resources, but we can’t get them out to the global economy.”

The teenage Godsall responded, “Why don’t you just get yourself an airship?” Once uttered, the idea was firmly planted. “I caught the bug,” says Godsall, explaining how he ended up doing high school projects on airships and, later at university, did an economics thesis on the use of airships to spark economic development in Africa. “The thesis was rejected as lunacy,” he recalls. He’s had a chip on his shoulder ever since. 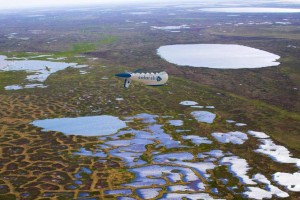 Godsall pressed on, starting his first airship business in the early 1990s. But he couldn’t attract the funding required to get it off the ground, so he directed his efforts instead to helping people start up businesses in Africa. In the decade that followed, he travelled to Africa dozens of times and got to know the continent intimately, as well as the many infectious diseases that were common to the region. This included a bout with malaria in 1997 that nearly killed him.

But adversity gave birth to opportunity. Godsall ended up teaming up with the doctor who saved his life, and they built a business around getting life-saving medical supplies to remote communities. Once again, the airship idea was floated. Only this time, Godsall decided to rethink his approach, knowing through experience that airships lifted by helium alone were difficult and awkward beasts to control.

In 2004, he approached James DeLaurier, a professor at the University of Toronto’s Institute for Aerospace Studies and, according to Godsall, “the king of engineering for airships.” He posed a very specific problem to DeLaurier: get 1,000 kilograms of refrigerated medical supplies from point A to B. DeLaurier pulled out a model that looked like both an airship and an airplane. “It was a freaky design, like a stealth bomber but all ballooned out, all puffed up,” Godsall recalls.

The two men agreed to pursue just such an aircraft, so DeLaurier recruited some of his U of T students and worked away to refine and improve the design. Happy with the progress, Godsall and DeLaurier registered the company Solar Ship in 2006. Today, DeLaurier is the company’s chief aerospace engineer, and along with a team of top-notch engineers and bush pilots, the company is quietly preparing to show the world what its oddly shaped, emission-free aircraft can do. 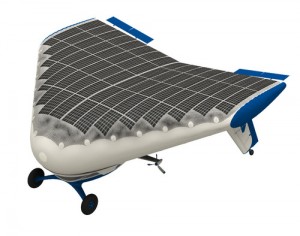 The enormous flat wing span of this airship provides a huge surface for solar cells to be installed.

For Godsall, the initiative is about building on Canada’s world-recognized leadership in airship design and, particularly, remote-area aviation. He knows full well there’s likely to be turbulence along the way, and that the aircraft will operate best where the sun shines and weather is steady and predictable. But if anyone can get it right, it’s us Canadians. “Canada has the best bush plane community in the world,” says Godsall. “We have the best engineers and pilots. We’re the experts.” This, to him, is another chance to prove it.