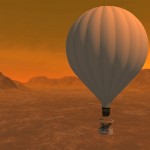 NASA is working with a little-known Oregon company on a variety of trial balloons, ranging from suborbital near-spacecraft to a probe that would float through the smoggy atmosphere of a Saturnian moon. The launching point for these trial balloons couldn’t be more bucolic. Near Space Corp. is based in a World War II-era blimp hangar, out in the countryside south of Tillamook, Ore., a locale that is better-known for cheese and ice cream than for space exploration.

“Out of the 4,000 people in Tillamook, not more than one in 10 knows we’re here,” Tim Lachenmeier, Near Space Corp.’s president, told me during my late-summer visit to the cavernous hangar. The company’s location and its small workforce (about 15 employees) aren’t the only reasons why you hear so little about them: Many of the high-altitude balloon projects that Near Space takes on are hush-hush experiments for military or commercial clients. During my visit, Lachenmeier and other workers took care to cover up the areas they didn’t want a visiting journalist to see. 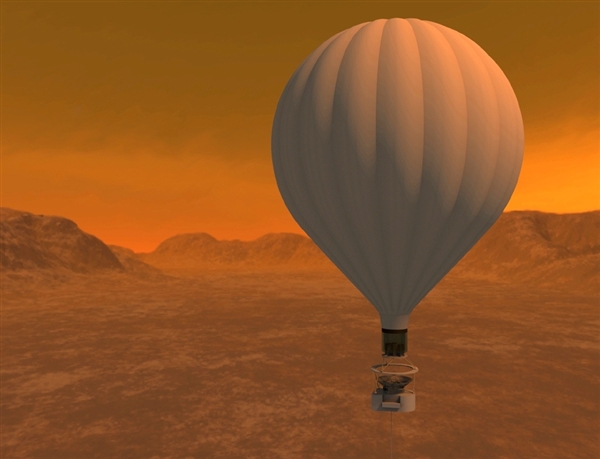 NASA: An artist's conception shows a future Titan Explorer probe that would float through the atmosphere of Titan, Saturn's largest moon, from the end of a cold-temperature balloon. Near Space Corp. of Tillamook, Ore., has been testing the cryogenic capabilities of such a balloon.

But the NASA projects are different: For example, Near Space won funding from the space agency to test the material that could be used on a balloon-borne probe to be sent to Titan, Saturn’s biggest moon and the only moon in the solar system to have a dense atmosphere. An aerobot for Titan would have to stand up to temperatures around 300 degrees below zero Fahrenheit (-180 degrees Celsius). Yards of Titan-worthy material are hung up in a workroom at the hangar. 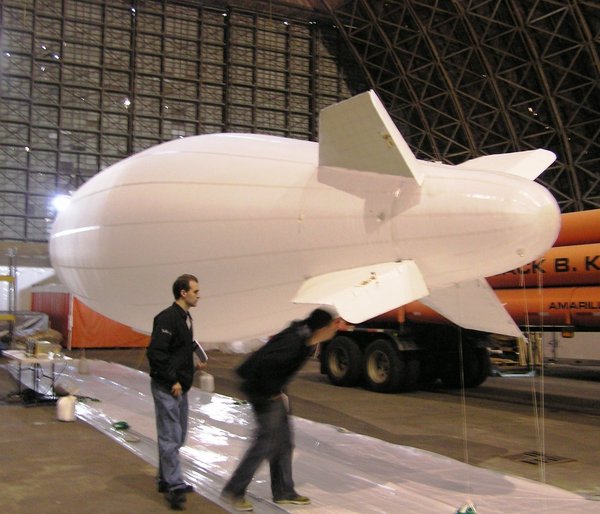 JPL / Caltech: A test blimp for a future mission to Titan, designed by NASA’s Jet Propulsion Laboratory and manufactured by Near Space Corp., floats inside the Tillamook Blimp Hangar in Oregon.

The most impressive room is the hangar’s 1,072-foot-long, 192-foot-high giant blimp bay, which was designed for the balloons that kept watch for enemy submarines in World War II. By the time the blimp patrols started, the Pacific threat had largely passed, and Naval Air Station Tillamook was decommissioned in 1948. Since then, it has been used as a lumber mill and a research facility for blimps and balloons. Today, Near Space shares what’s billed as “the largest wooden structure in the world” with the Tillamook Air Museum, which displays an array of historic airplanes on the hangar’s floor.

The huge, contained space comes in handy for testing the prototype balloons that Near Space builds. “We’ve had a 60-foot sphere in here,” Lachenmeier said. But most of the real testing happens outside rather than inside. Because it’s hard to predict exactly where a balloon payload will come down, Near Space prefers test sites with lots of wide-open space — such as rural Oregon, or a test range in Hawaii. “The locals there always call us the ‘Martians,'” Lachenmeier said.

One of the company’s most ambitious projects for NASA involved testing the components for an airplane that would be flown to Mars inside a spacecraft, then unfold itself and fly through the Red Planet’s thin atmosphere. Near Space did the tests by flying prototypes up to high altitudes aboard a balloon, then setting them loose. “We can simulate the Mars atmosphere that they would have to pass through,” Lachenmeier explained. It turns out that the air at an altitude of 115,000 feet or so (35 kilometers) is a good analog for the Martian atmosphere.

In the end, NASA decided against going ahead with the Aerial Regional-scale Environmental Survey mission, also known as ARES. But this summer, Near Space got in on another one of the space agency’s frontiers: the commercialization of suborbital research payloads.

Suborbital mission
Near Space Corp. was one of seven companies selected to receive NASA contracts totaling $10 million for suborbital flights. Over the next two years, Near Space and the six other companies will help NASA try out various technologies for getting experiments to the edge of space and back. Lachenmeier said the program is aimed at giving NASA a range of options for future space research. “We’ll help them do early-stage risk reduction for technology,” he said.

High-altitude balloons alone can’t carry experiments all the way up to the 62-mile (100-kilometer) boundary of outer space, but they can rise high enough to provide a good test for equipment that would eventually go farther out — like that Mars airplane or that Titan balloon. At the end of a typical balloon-borne experiment, the payload would float down on a parachute. But Near Space is also working on a new type of aircraft that could fly itself back to the landing strip once it’s cut loose from its balloon. 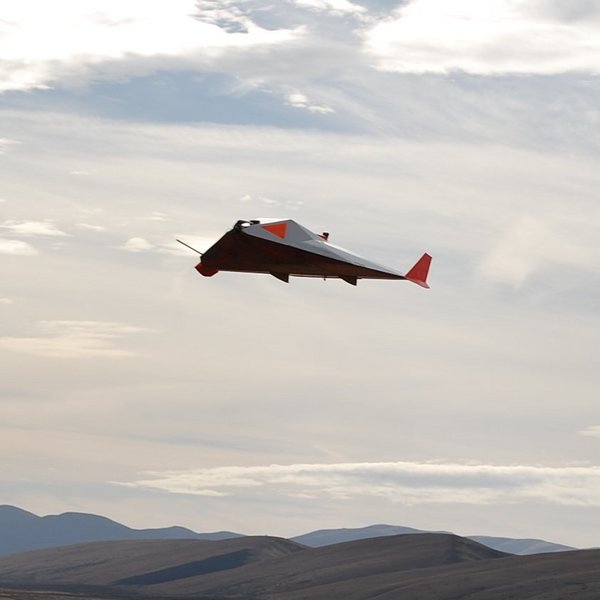 Near Space Corp.: Near Space Corp.'s High-Altitude Shuttle System comes in for a landing at the end of a demonstration flight in 2009. The system can carry payloads from a high-flying balloon back to a runway autonomously.

The company’s 8-foot-wide High Altitude Shuttle System, or HASS, has already shown that it’s capable of autonomous flight back to its base. The HASS craft can carry a 22-pound (10-kilogram) payload at altitudes of 100,000 feet (30 kilometers) for an extended period of time.

Over the years, the U.S. military has funded HASS’ development as an aerial battle-coverage platform in Afghanistan and Iraq.  NASA’s flight contract, in contrast, would focus on the use of HASS and other balloon platforms for research and for testing high-altitude technologies. “They could range from sensors, to communication, to guidance — you name it,” Lachenmeier said.

NASA has awarded the company its first task order to integrate and fly space technology payloads. “Up to 15 flight campaigns may be provided under this award,” Eric Byers, who is in charge of project management and business development for Near Space, told me today in an email. (Last week, UP Aerospace said it received a launch contract from NASA for up to eight rocket launches over the next two years as part of the same suborbital program.)

How low can they go?
Near Space Corp.’s goal is to provide lower-cost solutions for near-space applications. But how low can it go? In the past couple of years, there have been scads of reports about college students, and even a 7-year-old and his dad, who have sent picture-taking smartphones to the 100,000-foot level for $150 or so. Lachenmeier admitted that Near Space can’t beat that price.

But he went on to point out that there’s a big difference between sending up a smartphone and lofting hundreds of pounds of payload to the edge of space. “It’s not like, ‘I hope we get it back.’ We’ve got to get it back,” he said.

What’s more, Near Space’s capabilities for testing high-altitude platforms, and communicating with them once they’re launched, are at a much higher level. “Most of the $92 guys don’t have a chamber where they can simulate an altitude of 130,000 feet,” Lachenmeier said.

That being said, Lachenmeier welcomes the growing interest in do-it-yourself high-altitude ballooning. Who knows? Today’s 7-year-olds with a high-flying iPhone could well be tomorrow’s aerospace engineers. Some of them might even be working in a blimp hangar in rural Oregon. “Almost anybody can get something up there,” Lachenmeier said. “And that’s pretty cool.”