Posted on November 12, 2012 by LighterThanAirSociety 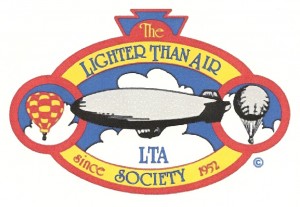 On Saturday, November 10, 2012 The Lighter-Than-Air Society hosted its 60th Annual Banquet and Silent Auction. The event, held at the University of Akron’s Paul Martin Center was a resounding success.

Thank you to all those who attended and all the people and entities that contributed items for the auction.The program for the evening included a silent auction and a dinner. Following the dinner, Alvaro Bellon  was presented with the P. Rendall Brown Lifetime Achievement Award.

The speakers for the evening were Dr. Jerry Drummond of the Aeronautics program of the University of Akron’s School of Engineering and Ian Maatz a student in the program. Dr. Drummond talked about the Aeronautics program and what makes it unique in the United States. Ian Maatz discussed his experience in the program and why he felt he made the right decision in choosing it. At the end of the program Eric Brothers talked briefly about Dr. A. Dale Topping and his involvement with buoyant flight during his lifetime. This was followed by the unveiling of the first exhibits of the Dr. and Mrs. A. Dale Topping Virtual Museum of the Lighter-Than-Air Society.