Posted on November 15, 2012 by LighterThanAirSociety 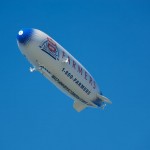 MOFFETT FIELD, Calif., November 14, 2012 – Airship Ventures, operators of the world’s largest passenger airship, the Zeppelin Eureka, have announced today that despite history-making successes and a stellar performance and safety record, they will be ceasing operations immediately.

“Operating this unique aircraft has been an inspiring experience and it is with a very heavy heart that we’ve come to this point requiring us to cease operations and ground Eureka,” commented Airship Ventures CEO Brian Hall. “Our team is the best at what they do and their dedication to Eureka, our passengers and our dream of flying a Zeppelin in the USA has been remarkable. I’m beyond sad to disband their talents and leave Moffett Field, our friends and fans without an active airship.”

Blending the romance of the “golden age of aviation” with the latest in high-technology, Airship Ventures, founded in 2007, brought a Zeppelin NT (“New Technology”) airship to the USA for flightseeing, science missions, media and advertising operations. 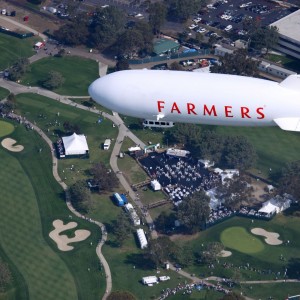 Passenger flights began in 2008 in the Bay Area (Silicon Valley, Oakland and San Francisco) and Long Beach, and most recently expanded to California’s beautiful wine country. 2012 saw the addition of behind-the-scenes educational ground tours of the airship. In addition to passenger flights and advertising, the Eureka had performed a wide variety of special missions for government, science and research groups, including recent expansion into airship design, research and development. 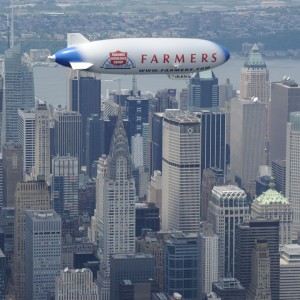 Since its founding, the company had faced challenges including the economic recession that impacted regular passenger numbers and demanded the need for a regular sponsorship partner for the company to remain viable. Adding to this, a world helium shortage increased the company’s operating costs and pressure for a long-term sponsor that had not materialized. 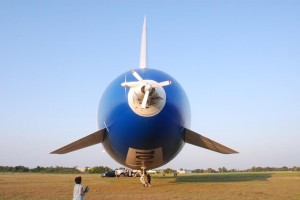 However, even in the face of these challenges, Airship Ventures marked more than a few distinguished milestones:

• Created the first large scale passenger airship operation in the US since the 1930s.
• Welcomed the 20,000th passenger during a flightseeing tour over San Francisco in 2012.
• Celebrated four years of passenger operations in 2012.
• Completed a history-making, six-month coast to coast cross country tour in 2011.
• Covered 459.3 miles and broke the standing Federation Aeronautique Internationale (FAI) airship distance record in 2010.
• Provided aerial coverage for the Rose Bowl Game, ESPN’s College Game Day, the Farmer’s Insurance Open, Zurich Classic, US Open of Surfing, Dew Tour, and Red Bull Flugtag
• Partnered with NASA and SETI on meteorite seeking missions over Sacramento and Sonoma, California, and with SETI on the study of extremophiles in the bay area salt ponds.
• Acted as a training vessel for the U.S. Air Force’s test pilots.
• Hired and trained both the first female Zeppelin pilot and first American female Zeppelin pilot
• Certified and demonstrated the use of Raymarine Radar and FLIR Systems infrared systems for use in the roles of Maritime Patrol and Search and Rescue with the airship.
• Did the first skydive over downtown Los Angeles from an airship in support of a major media event, and the first wingsuit jump from an airship over downtown San Francisco during a major technology conference
• Launched a social media campaign displaying the world’s largest Twitter hashtag as a decal on the airship