Posted on April 20, 2012 by LighterThanAirSociety 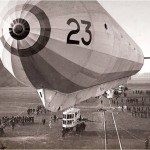 A rare collection of previously unseen photographs of World War I airships in south Norfolk have been saved from the skip. Featuring aircraft based at Pulham St Mary from 1916 onwards, the images were taken by Royal Naval Air Service’s photographer George Hamilton Wakefield. 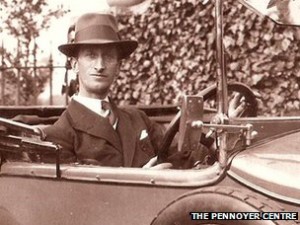 George Hamilton Wakefield was based in Pulham from around 1916

Pulham St Mary was one of the UK’s first main airship stations during WWI.

The collection of around 60 pictures were discovered in London by the Owens family, relatives of the photographer.

The images have been given to Pulham’s Pennoyer Centre which holds an archive of material about the air station.

Sheila King, chairwoman of the centre, said: “We get offered a lot of pictures but as these started coming through we realised they were quite amazing.

“Mrs Owen is the great niece of George Hamilton Wakefield. They came across these albums in a box that had been marked for the skip.

“They thought they’d be useful so kept them in the house for many years, but it was only at Christmas when Michael Owens found us.

“It’s just amazing to think these photos, fantastic quality large scale prints from the original plates, could have so easily ended up in the skip.” 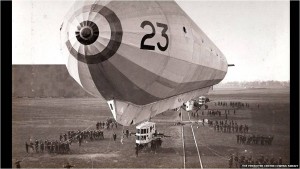 Michael Owens said: "Getting the albums out of storage we came across a letter, written by GHW while he was cruising above London on 9 March, 1918 in the R23. He addressed it to his dad and threw it over the side. It was found in Maida Vale, popped into a post box and delivered to the family home."

Ms King said: “It’s lovely to know Caley’s was important back then. The beef stew was apparently heated on the exhaust pipe cooker and the potatoes peeled mid-air. It’s fascinating idea of them doing this in an airship across the Atlantic and taking Caley’s chocolate to New York.”

Locally the airships became known as the Pulham Pigs after a local man was rumoured to have looked up at a huge early airship floating above the village and said, “Thet luk loike a gret ol’ pig” and the name stuck. 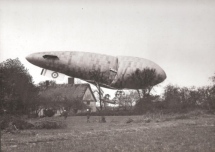 It was the pioneering days of aviation. Airships from the base were used for the first parachute drop from an airship and to test launching fighter planes from them, as an aerial base, to extend their range.

Mr Hamilton Wakefield’s photographs offer an insight to the airships that is rarely seen.

Ms King said: “I think because they are taken by an RNAS officer employed as a photographer there’s access to shots of airships you don’t normally see.

“Because of the quality of the photographs it enables us to zoom in and understand a lot more about their construction, the systems they had on board and so on that was previously unknown.”

An exhibition to launch the photographs opens at the Pennoyer Centre in Pulham St Mary on 14 April until mid-May. 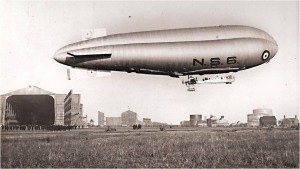 About 60 rare images of World War I airships operating from RNAS Pulham in Norfolk have been rediscovered by the family of the photographer. They were taken on the base by Royal Naval Air Service's photographer George Hamilton Wakefield from 1916 onwards. 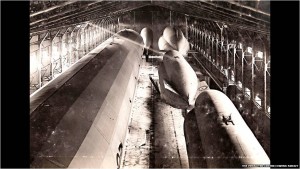 The collection was discovered in London by the Owens family, relatives of the photographer. The images have been given to The Pennoyer Centre in Pulham St Mary which holds an archive of material about the air station. 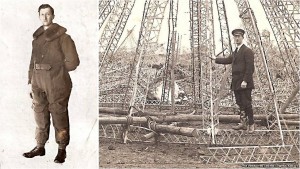 Mr Wakefield was based in Pulham from 1916. He died in 1941. Michael Owens said: "Grandpa was a hoarder. Besides neatly wrapped used toothbrushes and other 'things that may come in useful', we found his war chest and many photo albums." 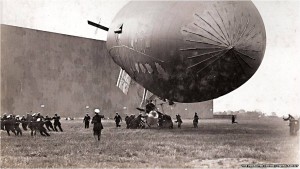 Mr Owens said: "We all knew the albums deserved a better fate than a skip, so they ended up in our sideboard for 11 years. We're truly thrilled to now share these pictures with people who will really appreciate them. George Hamilton Wakefield is going to live again." 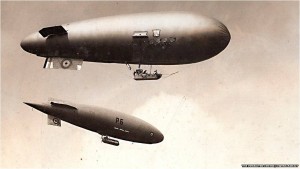 The Pennoyer Centre is launching the Hamilton collection in a two-day airship festival starting on Saturday. An exhibition of the work will run until mid-May. Spokeswoman Sheila King said: "Reaction to the images has been amazing. They give us an understanding of the amazing achievements of these early aviators." 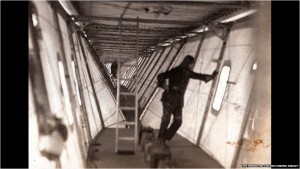 As an RNAS photographer Mr Wakefield had privileged access to the airships. This rare internal view is taken along the keel of the 535ft (163m) long HMA 23. The weights on the floor beside the airman were shifted around to help balance the ship in flight. 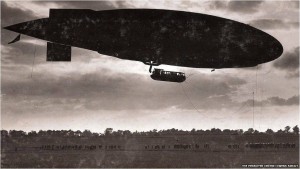 Referring to this picture showing an arrival at Pulham, Ms King said: "The handling lines are ready to be caught but it was a dangerous business as these had to be left to earth in order to discharge static built up during flight. Once caught, the landing crew had to be careful as a gust of wind could take you up in the air still holding on." 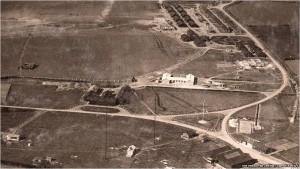 The station at Pulham opened in 1916 and employed 5,000 people. Airships flew from there until 1930. Ms King said: "Our airship advisor, Nick Walmsley, came out to look at the collection and couldn't believe what he was seeing. Because of their detail they've answered various questions on airship design." 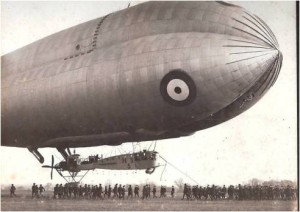 One of the photos taken by the Pulham based photographer George Hamilton Wakefield. This airship was used to patrol the North Sea during WW1 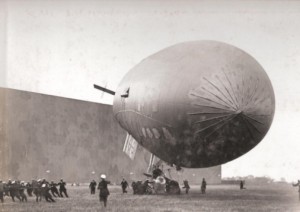