Posted on April 4, 2012 by LighterThanAirSociety 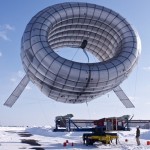 Altaeros Energies, a wind energy company formed out of MIT, has been able to generate high altitude power from a prototype of its floating wind turbine in a test in Maine.

The 10-meter wide, helium-filled inflatable turbine, called the Airborne Wind Turbine (AWT), was sent up into the sky more than 100 meters above ground, where stronger winds can be found. The prototype was also used to lift the top-selling Southwest Skystream turbine, which was able to produce more than twice the power at high altitude that was generated at conventional tower height.

Altaeros aims to harness the stronger winds found more than 300 meters in the air with the use of helium-filled inflatable devices that can be quickly installed or taken down. In the short term, Altaeros wants to provide an alternative to diesel generators, but in the long term it wants to scale up the technology to reduce costs in the offshore wind market. 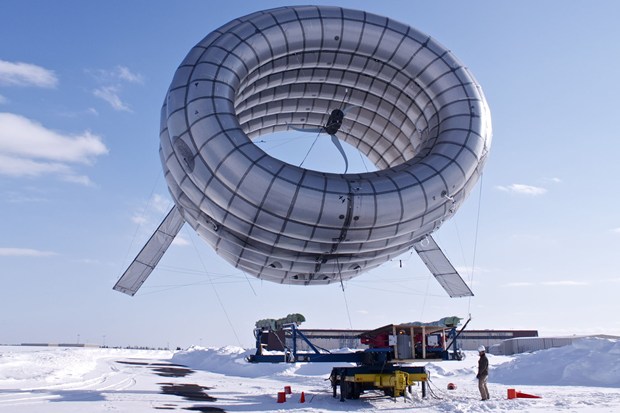 Ben Glass, the inventor of the AWT and Altaeros Chief Executive Officer, said: “For decades, wind turbines have required cranes and huge towers to lift a few hundred feet off the ground where winds can be slow and gusty. We are excited to demonstrate that modern inflatable materials can lift wind turbines into more powerful winds almost everywhere — with a platform that is cost competitive and easy to setup from a shipping container.”

Altaeros says that the AWT can ascend to altitudes where winds are more consistent and more than five times stronger than those reached by tower-mounted turbines. The lifting technology has been adapted from aerostats — blimp-like structures that lift heavy communications and radar equipment and can withstand hurricane-level winds. 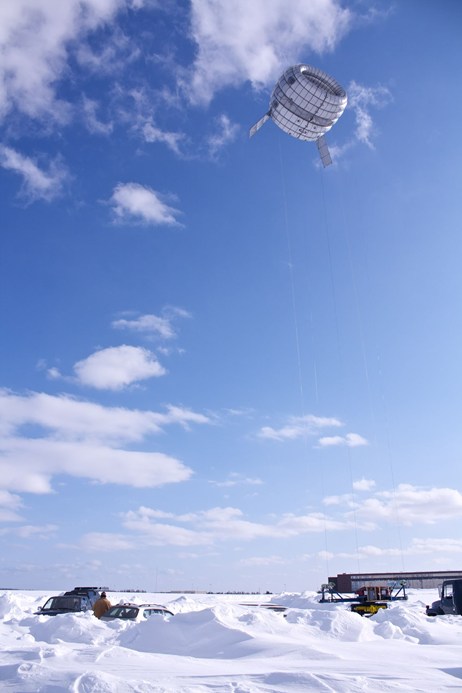 Co-founder Adam Rein told Wired.co.uk that the biggest challenge for the company was to design a wind turbine that could meet the needs of all potential customers. He said: “A high altitude wind turbine could have many applications, including oil and gas sites, military bases, developing world villages, or disaster relief. Some users care most about low cost, while others care about easy transport and setup, quiet operations, or lower bird impact.”

Altaeros Energies is looking for partners to help commercialize the wind turbine.