Posted on March 31, 2012 by LighterThanAirSociety 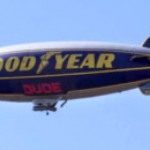 It turns out that shooting a basketball from a moving Goodyear blimp into a basket on the ground is difficult.

Especially since the shot, from on high in the blustery great outdoors, pretty much has to be a swish to go in.

But making such a shot is not impossible.

And as of this week, there’s video proof, courtesy of Dude Perfect, a group of five young sports-loving men from Texas who dream up crazy basketball shots and who have built quite a YouTube following of their exploits.

The last two years, they’ve been making trick basketball shots from weird angles and long distances, in famous locations, from bouncing trampolines and using a gigantic slingshot — even a moving airplane. There’s a Hunger Games version complete with a flaming arrow introduction.

For their 100th video, Dude Perfect wanted to do something special and fun, said Jeff Toney, the group’s business manager and father of Tyler Toney, one of the team members. (The Dude Perfect team members were flying Friday to New Orleans to make exhibition appearances as part of the NCAA Final Four basketball championship weekend and were not available for an interview.)

That meant making a basket from the gondola of a flying Goodyear blimp. 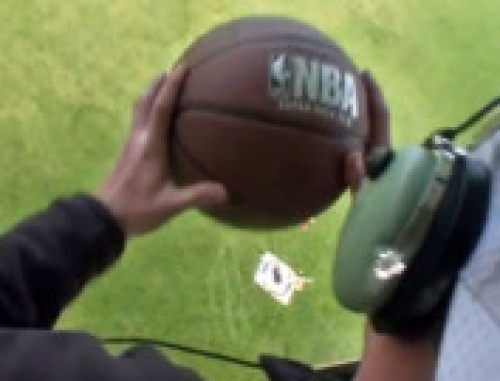 “Every one of the guys is familiar with the Goodyear blimp. We kind of reached out,” Toney said Friday.

Talks between Goodyear and Dude Perfect started about 60 days ago, according to Toney and the Akron tire maker.

“It came together pretty quick,” Toney said. The two parties agreed that it made sense to make a high-profile basketball-blimp video during the height of March Madness college basketball fever.

Dude Perfect arrived in Akron on Saturday and traveled to the Spirit of Goodyear blimp’s hangar base at Wingfoot Lake in Suffield Township. The final video was shot Tuesday and posted online Thursday. It’s already getting a lot of attention — clips have appeared on ESPN and other national and local TV shows. 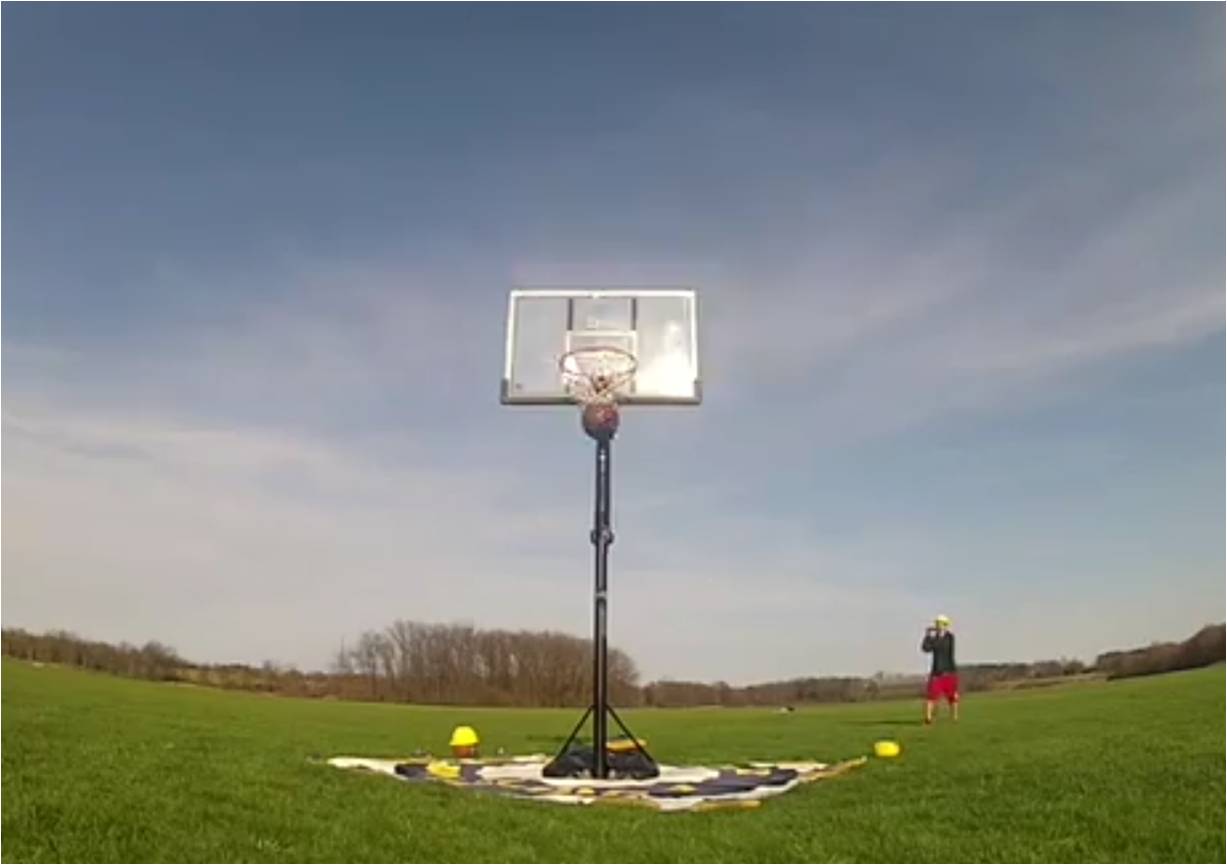 The shot that people see in the video was taped Tuesday — but Dude Perfect made its first shot from the blimp into a basket on Saturday, March 24. The problem was, the weather that day made the video almost unusable, Toney said. So they waited around in Northeast Ohio for the weather to improve and to try again.

“The weather on Tuesday was great for videography but not so great for blimp flying,” Toney said. “Controlling the blimp aircraft was quite the feat. … What the pilots had to do to navigate the craft was amazing.”

Each pass at the basket on Tuesday was made from a slightly different approach and height, Toney said.

“Every attempt was a brand new attempt,” he said. “I don’t know how many [basket shots] we attempted. This was definitely the most difficult shot we attempted.”

The Spirit of Goodyear’s gondola was filled with the pilot, the shooter, a videographer and probably 40 basketballs, according to Toney and Goodyear. The gondola contained as many basketballs as could be stored because Goodyear did not want the blimp to have to repeatedly touch down and refill.

“Their objective is to show they made it. It’s not a trick,” Goodyear spokesman Jim Davis said.

Goodyear agreed to team up with Dude Perfect “because we like brand exposure, too,” Davis said. Goodyear shot video, too, and will post its own “behind-the-scenes” clip likely on Monday, he said.

Dude Perfect said its fans can expect to see more Goodyear blimp-related shots posted soon, too. While the team was waiting for the weather to improve for the outdoor shot, they decided to do all sorts of trick shots inside the blimp hangar.

“What it all comes down to, we’re a bunch of kids who like to have fun,” Toney said.