Posted on March 26, 2012 by LighterThanAirSociety 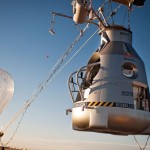 On March 15, 2012 Felix Baumgartner jumped out of a space capsule from an altitude of approximately 71,580 feet as the Red Bull Stratos project moved forward into the manned flight stage in New Mexico.

The 42-year-old rode the space capsule attached to a giant helium balloon above the so-called “Armstrong Line.” The goal of the Red Bull Stratos project is to see Baumgartner attempt a record-breaking free-fall from 120,000 feet this summer where he’ll potentially become the first man to go supersonic without the support of a vehicle. 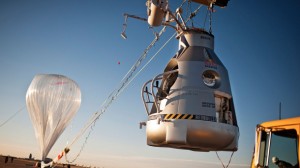 With the launch date for the record-breaking freefall edging ever closer, we’ve taken a closer look at the vital piece of kit that will take Felix Baumgartner and his capsule to the edge of space – namely the helium balloon… 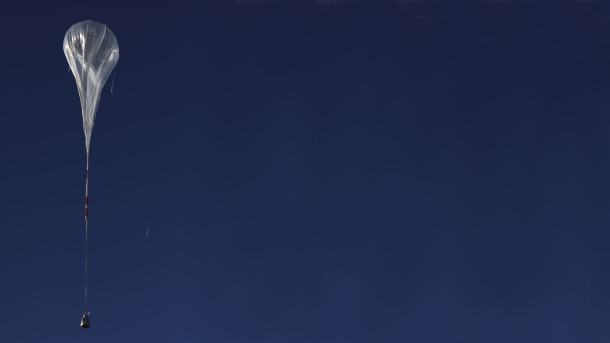 The helium filled balloon lifts the Stratos capsule to the edge of space.

When Felix Baumgartner and the Red Bull Stratos team first started to investigate the possibility of traveling 36,576 meters (120,000 feet) into the stratosphere to make the world’s highest ever supersonic free-fall attempt, they knew they had to find just the right mode of transportation to get them there.

In the end, only the best would do for our brave adventurer, so a helium-filled balloon was decided upon. But not just any old helium balloon.
Non-flammable and non-toxic, the balloon is constructed of strips of high-performance polyethylene film measuring a surprisingly thin 0.0008 inches and with a capacity of 30 million cubic feet – that’s 10 times larger than Joe Kittinger’s record-setting balloon in 1960. 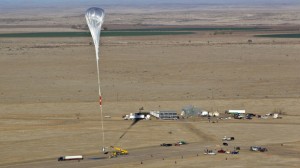 The helium balloon ready to lift off with the Stratos capsule

Fully inflated, the balloon with measure 55 stories high and will require two large truckloads of helium to get it launch ready.

Once up, up and away, the balloon will ascend at about 1,000 meters per minute. Upon reaching about 100,000 feet, however, it will likely slow to roughly 750 feet per minute until it levels off at approximately 120,000 feet above sea level – Felix’s intended stopping point.

This height is known as Float Altitude and it’s determined in a very scientific way. You see, helium is lighter than air, but as the balloon rises ever higher the air density is reduced and therefore so is the rate of climb. Float altitude is reached when the average density of the balloon is the same as the density of the surrounding atmosphere – ergo, not too far into space! 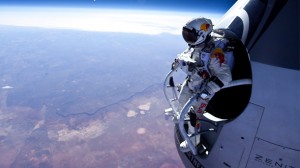 At the point at which the balloon naturally stops, Felix will commence his final jump preparations and hopefully launch himself into the history books.

Once Felix has safely landed, Mission Control will trigger the separation of the capsule and balloon, so that the capsule can descend under its parachute. A nylon ‘destruct line’ will release the helium so that the balloon also safely returns to Earth. 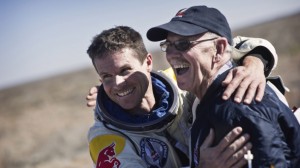 It’s a method that has been refined over the past 60 years and great leaps forward have been made since the inception of the Red Bull Stratos mission. As Technical Project Director Art Thompson says: “They’re very expensive, they’re very hard to get and it’s very difficult to talk people into even selling you balloons of this type.”

Click here to read about the Red Bull Stratos Capsule

Click here to see a video about the helium balloon

The 10 Most Amazing Photos from Red Bull’s Stratos Test