Posted on April 11, 2011 by LighterThanAirSociety 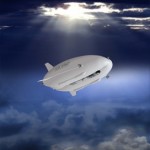 “The entire U.S. Army/Northrop Grumman LEMV industry team has done an outstanding job working through a very aggressive development schedule to achieve all of these important milestones. The CDR provided an in-depth review of the complete system design of the program giving us the opportunity to assess where we are in our development and air vehicle production. It went very well,” said Alan Metzger, Northrop Grumman vice president and integrated program team leader of LEMV and airship programs. “The entire team has been collaborating and remains very focused on meeting our objective of delivering this powerful capability into the hands of our combat commanders as soon as possible.”

Artwork accompanying this release is available at http://media.globenewswire.com/noc/mediagallery.html?pkgid=8698

“There are three upcoming major milestones in the next 10 months,” Metzger said, “We’ll have hull inflation in the spring and first flight of the airship test article by mid-to-late summer. Upon completion of the development ground and flight testing phase, we expect to transition to a government facility and conduct our final acceptance long endurance flight just before year’s end. In early 2012, LEMV will participate in an Army Joint Military Utility Assessment in an operational environment,” he added. “As you can imagine, it’s a very aggressive schedule to deliver from concept-to-combat in this time period.”

Under the June 2010 agreement, awarded by the U.S. Army Space and Missile Defense Command/Army Forces Strategic Command, Northrop Grumman will design, develop and test a long-duration hybrid airship system all within an 18-month time period.

“Beyond the value of seamless interoperability, the LEMV system provides a high level of fuel efficiency to the user community—a crucial part of life cycle logistics and support in theatre.  While LEMV is longer than a football field and taller than a seven-story building, it utilizes approximately 3,500 gallons of fuel for the air vehicle to remain aloft for a 21-day period of service, that’s approximately $11,000 at commercial prices,” Metzger added.

Northrop Grumman’s industry team includes rrid Air Vehicles, Ltd. of the United Kingdom, Warwick Mills, ILC Dover, AAI Corporation, SAIC and a team of technology leaders from 18 U.S. states and three countries. In addition to leading the program, Northrop Grumman leads the system integration, and flight and ground control operations for the unmanned vehicle to safely take off and land in worldwide operations.