Posted on March 8, 2013 by LighterThanAirSociety 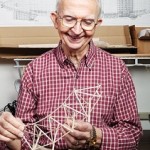 MOFFETT FIELD, Calif. – The airship USS Macon arrived at Naval Air Station Moffett on October 15, 1933. To commemorate the event, NASA’s Ames Research Center and the Moffett Historical Society will mark its 78th anniversary by launching a 20-foot working model of the USS Macon on Saturday, October 15, 2011in Moffett’s Hangar Two. 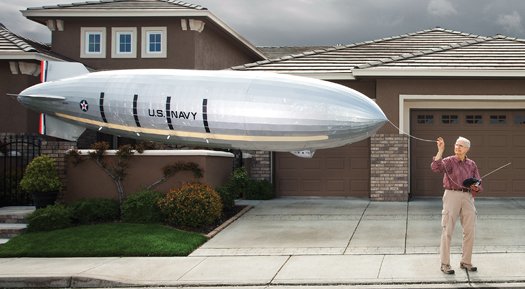 Retired engineer Jack Clemens has spent three years and $6000 building his replica from the specifications of the original airship. Though large enough to fill his garage, the working model is built of balsa and Mylar and weighs just six pounds. Two earlier versions were damaged in test flights, so, with NASA’s help, he’s planning this inside-the-hangar demonstration. After the model comes back down to Earth, it will go on display at the Moffett Field Historical Society Museum in the NASA Research Park.

WHAT: An opportunity to see the resurrection of the past come alive with an inside-the-hangar flight demonstration of a working model of the USS Macon airship. In honor of the event, the Moffett Field Historical Society Museum will be open from 10 a.m. to 2 p.m.

WHERE: Demonstration will be held in Hangar Two, Moffett Field. Guests and news media will meet at the Moffett Field Historical Society Museum, on the corner of Severyns Ave. and Wescoat Rd. in the NASA Research Park. Before the demonstration, they will be given a tour of the museum and a presentation about the Macon model.

News media should come in the Moffett Field South Gate, which dead ends Ellis St. They must show an official identification card, such as a driver’s license, at the guard station. Continue straight and take a left on Cody Rd., at the blinking red light. Take a left onto Wescoat Rd. and a right on Severyns Ave. To go to Hangar Two, Cody Rd. becomes So. Macon Rd. Show driver’s license at So. Macon Rd. guard station. Follow So. Macon Rd. around airfield. Gate M is on the left and is the entrance to the airfield and Hangar Two. Once inside the gate, follow the blue line to Hangar Two.

News media interested in attending must register by contacting Ruth Marlaire at ruth.marlaire@nasa.gov or 650.604.4709 for credentials before noon PDT on Friday, Oct. 14, 2011.

For more information about the NASA Ames, visit: http://www.nasa.gov/ames

Clemens, of Brentwood, Calif., was 79. He was a developer of the computer disk drive and held positions at IBM, Datapoint, Memorex and Maxtor.

His radio-controlled 20-ft. model of the dirigible Macon was the realization of a 10-year project. The model is now displayed at the Moffett Field Historical Society Museum.