NASA goes back to the future: airships 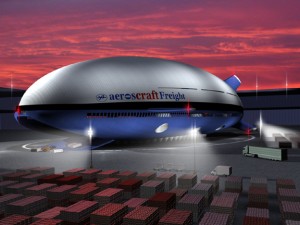 Can airships compete with jetliners?

NASA may no longer be flying space shuttles, but it is set to put another craft into the skies … airships.

The US agency is building airships it believes will revolutionize the transport of cargo around the world, with its first prototype set to take off next year, London’s Daily Telegraph reported.

“One of NASA’s jobs is to solve the nation’s air transportation challenges with research, and airships haven’t seen much research in the past few decades,” said Dr Pete Worden, the director of NASA research arm Ames at an airship conference in Alaska last month. 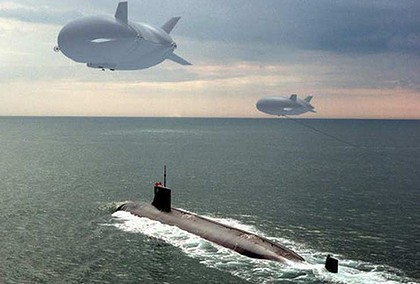 Cargo by air - a model of Hybrid Air Vehicles' airships. NASA hopes airships will become the new freight transporters of the 21st century.

NASA hopes airships will become the new freight transporters of the 21st century, replacing trucks and trains and allowing heavy cargo to be flown into areas where rough terrain or poor infrastructure rules out ground travel.

“Initially we are expecting to be able to lift tens of tons and we are building a demonstrator that we hope to fly at the end of next year,” he told the Telegraph.

“In the long run, I think it could be used for many forms of cargo transport. One of the ideas that people have looked at is that these things can go up to hundreds of tons. We will have those by the end of the decade.” 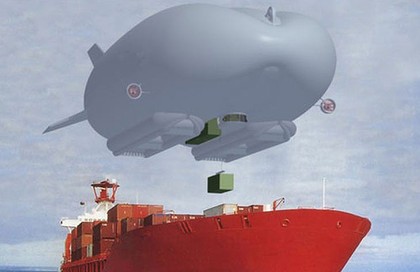 Doing the heavy lifting ... the airships could carry heavy objects to hard-to-reach destinations, as pictured in this Hybird Air Vehicles mock-up.

Stephen Fankhauser, an aviation expert at the Swinburne University of Technology in Melbourne, said airships – if they replaced road transport – could help to reduce greenhouse gas emissions.

“The measure of greenhouse gas emissions per amount of freight that is being carried … would be increasingly important,” he said. 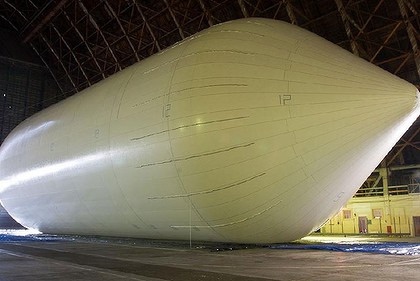 The world’s largest and greenest operating airship, the Bullet 580, on display last year.

The cost per available ton-kilometer would be low for airships – meaning they could move a lot more across certain distances.

But it would be high for the available ton-kilometer per hour, as such vehicles were still slower than jet aircraft, he said. 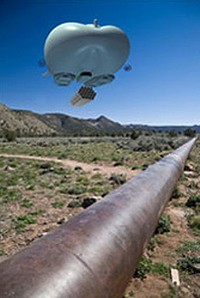 Another crucial factor was how dependent airships were on weather.

“Aircraft, as you know, fly at very high altitudes – 30,000 feet – and get above localized weather patterns. The airship will … not be that and will therefore be subject to local weather patterns,” he said.

Airships are already being considered for mining and oil and gas projects, which often operate in remote regions.

Another company at the airship conference, Discovery Air Innovations, which provides aviation for such companies, is buying hybrid craft from British firm Hybrid Air Vehicles (HAV) in a deal worth more than £2 billion ($3.05 billion), the Financial Times reported.

HAV is already working with US defense contractor Northrop Grumman to build airships – called the Long-Endurance Multi-intelligence Vehicle or LEMV – for use by the US military in Afghanistan early next year.

Airships fell out of favor as commercial or passenger transport vehicles following the explosion of the hydrogen-filled Hindenburg airship in 1937.

The first commercially successful rigid airship was the Zeppelin, built by Count Zeppelin in the early 20th century and used by the Germans for military missions during World War I.

Helium and hydrogen passenger-carrying airships were developed in the following years, but halted after the Hindenburg disaster.

Today, airships are more likely to be used as an alternative form of aerial advertising.

But numerous aviation companies have sought to develop commercially viable airships in the past decade.

These include an Australian-British company’s saucer-like Skylifter, the massive Bullet 580 that gives scientists near-space experiences and the Aircruise – an airship version of a cruiseliner.