Here Comes the New Blimp in a Box 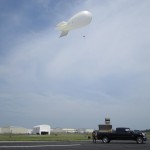 A new unmanned surveillance device tethers a blimp-shaped balloon to a flatbed truck or military vehicle for up to two days. Yes, it comes in a box.

Surveillance blimps have been used for decades. The latest addition to the surveillance balloon family, however, has a twist. A firm specializing in UAVs has released a Blimp in a Box: a self-contained blimp-shaped balloon mounted to the rear of a flatbed truck which can be deployed in 30 minutes. While tethered aerostats are commonplace, especially for crowd control situations, the Blimp in a Box makes them incredibly mobile. 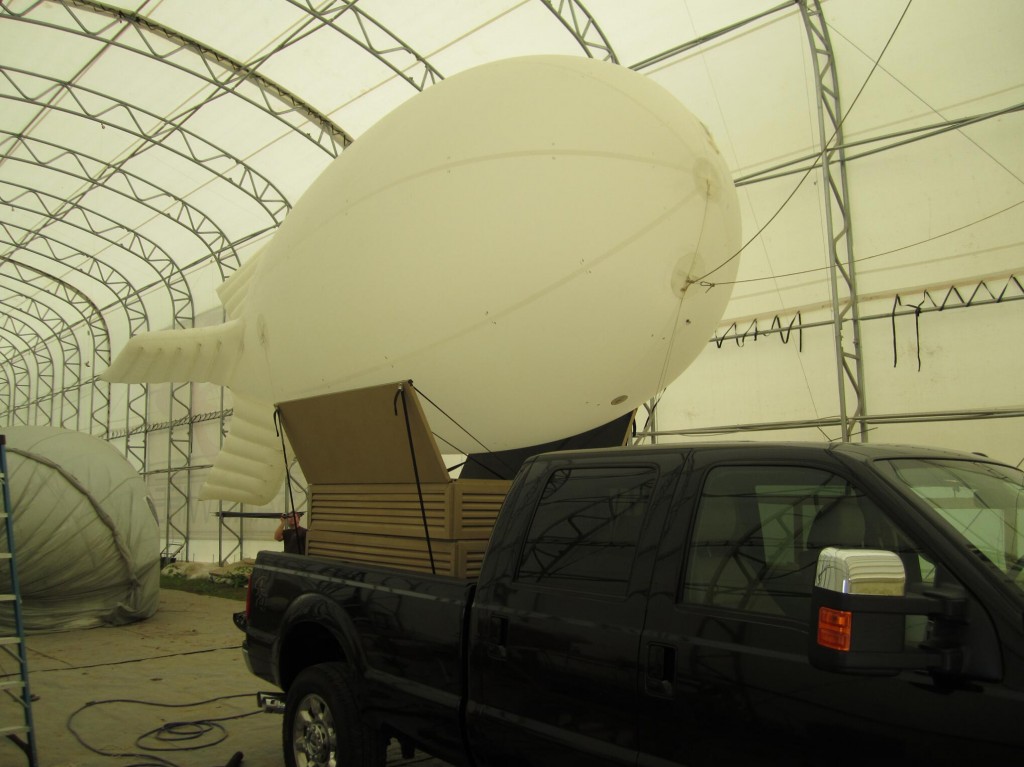 Dan Erdberg of World Surveillance Group, which produces the Blimp in a Box, told Fast Company that the product is intended for military and law enforcement use. At a recent Defense Department demonstration, the aerostat system was used to hunt for hidden IEDs, along with standard intelligence and reconnaissance duties. Once in the air, the system has a day/night electro-optical infrared camera; an automated launch and recovery system then launches the Blimp and folds it back into storage up to 48 hours later. Data is sent back to the ground either by tether or through a wireless system. Once in the air, the ground vehicle can drive to different locations with the aerostat staying above at altitude. 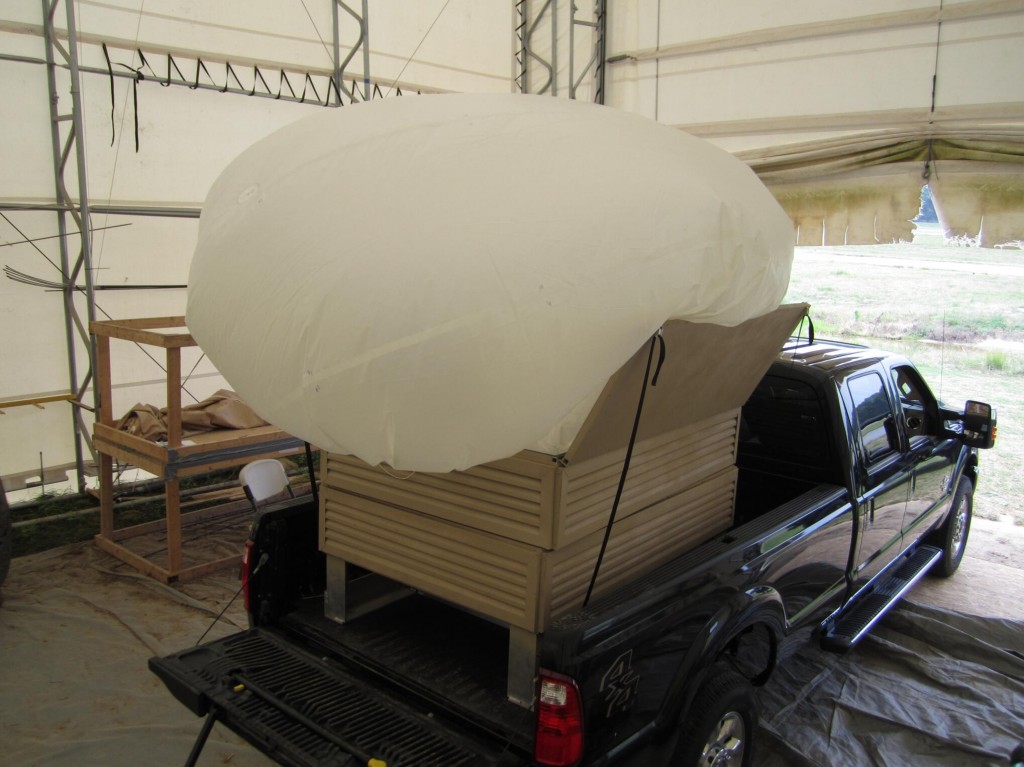 Once inflated and in the air, the Blimp in a Box measures between 20 and 30 feet long and is set to fly at an altitude of 700 feet. Aerostats–tethered balloons which resemble blimps–are frequently used by the Coast Guard and along international borders. For military and law enforcement, the big appeal behind aerostats is easy long-term usage and cost effectiveness. The logistics of keeping an aerostat in the air for 48 hours are far easier than those of keeping a conventional aircraft or drone up in the air. Additionally, the cost savings benefit cash-strapped agencies. 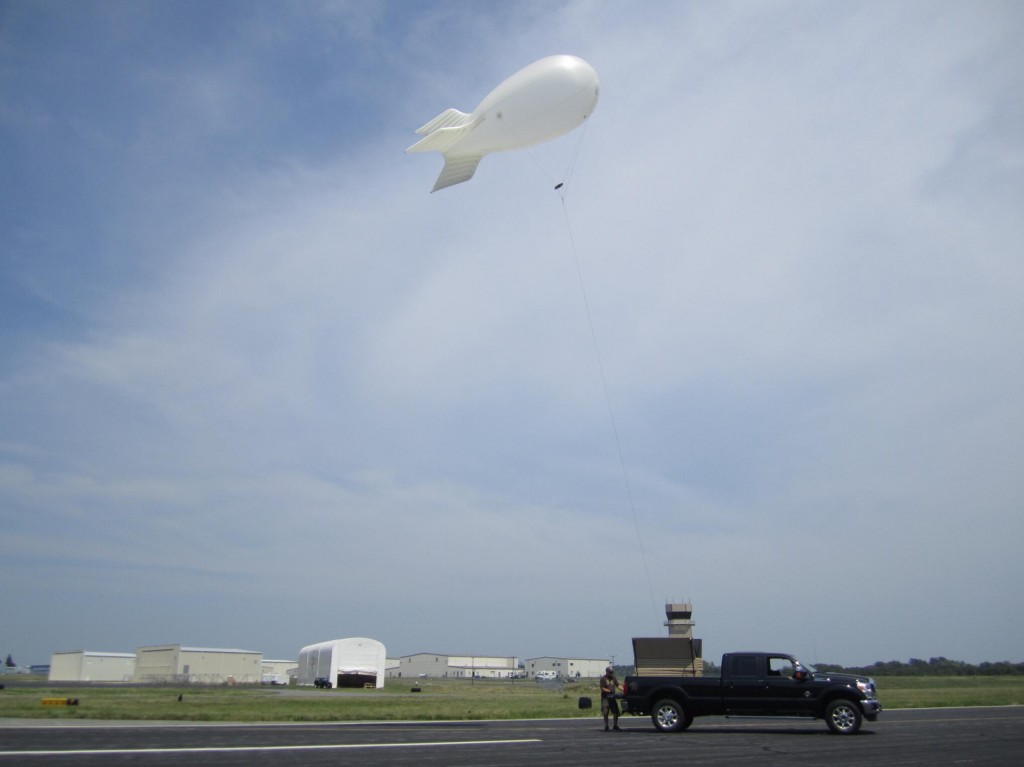 World Surveillance Group isn’t the only one producing these types of hybrid systems, either. Outside of the United States, aerostats are frequently used in the Afghanistan conflict. However, most Afghan aerostats operated by the United States or Canada are tethered to dedicated towers and are not mobile. Other firms also produce military- and law enforcement-centered vehicles of their own; the U.S. military uses Lockheed Martin aerostats to monitor drug traffickers along the U.S.-Mexican border in Arizona, New Mexico, and Texas.