Posted on December 29, 2012 by LighterThanAirSociety 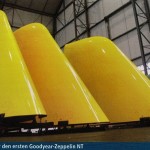 The largest project that the Zeppelin Luftschifftechnik has ever undertaken in its history is now taking shape. All suppliers are working hard on the Zeppelin components. The first container with 21 longerons has already arrived at Goodyear in Akron, Ohio. Currently the tailfins and the passenger car are being assembled in Friedrichshafen. The tailfins are expected to be shipped to the United States in December. In January, the hull for the first Goodyear airship will be delivered to Friedrichshafen, where it will be measured and tested before shipping to Akron. 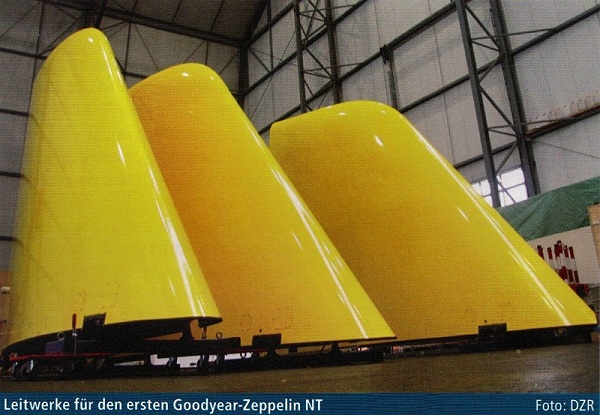 In addition to the Zeppelin hangar in Friedrichshafen, the Zeppelin Luftschifftechnik has a second location at the Goodyear hangar in Akron from March 2012 to mid-2016. There, in collaboration with Goodyear, and under the guidance and supervision of ZLT, the final assembly of the three airships will take place.

This joint venture was named “Full Circle” by Goodyear and Zeppelin employees – because after 75 years the historic collaboration between Goodyear and Zeppelin has been renewed. After the 1st World War a team of German engineers emigrated to Akron to develop airships with Goodyear. Under the Versailles Treaty this work was denied to them in Germany. As a result of this the cooperation, the Goodyear Airship Division was created and built two airships, the USS Akron and USS Macon, as well as more than 300 blimps, some of which were significant in size. As a result of Goodyear’s decision to replace its existing fleet of blimps with three Zeppelin NTs, this partnership has been renewed after 75 years.