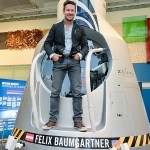 Three years ago, Austrian skydiver Felix Baumgartner ascended to 38,969 m (128, 851 ft) in a stratospheric balloon and made a freefall jump, rushing to Earth at supersonic speeds before parachuting to the ground. The Red Bull Stratos exhibit makes its Canadian debut in Toronto at the Ontario Science Centre, highlighting the science and technology that made this record-breaking mission possible. 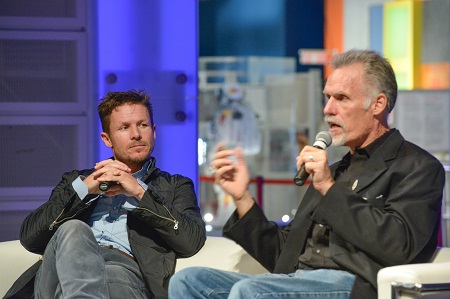 “Baumgartner’s achievement changes the way in which we view human limits; however, it’s the science and technology that made this flight test program possible that I find so compelling,” said Dr. Maurice Bitran, CEO, Ontario Science Centre. “Visitors will relive the extraordinary achievement of the Red Bull Stratos team through this exhibit and gain an understanding of the risk taking, creativity and scientific testing required to drive real innovation.”

Featuring Baumgartner’s space suit and 1,450-kilogram (3,200-pound) pressurized space capsule, the exhibit describes the mission’s history, including setbacks, successes and scientific findings. Interactive video displays augment the exhibit, allowing visitors to learn even more about the historic mission, which was envisioned as a flight test program for medical and scientific advancement in human flight. 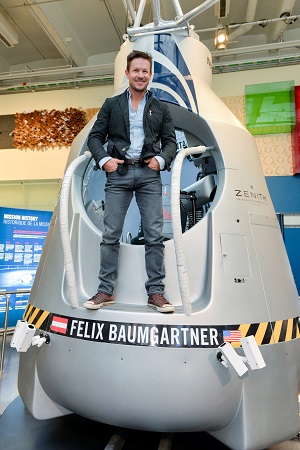 “It’s a great honour for me to know that the Red Bull Stratos mission continues to make a difference through this travelling exhibit, sparking people’s interest in science and inspiring them to test their own limits to achieve their goals,” said Felix Baumgartner, Pilot, Red Bull Stratos. “I look forward to seeing what the pursuit and realization of their dreams holds for the advancement of science and technology.”

The Red Bull Stratos exhibit has toured museums in the United States, Europe and China. The exhibit’s international popularity speaks to the basic human need to explore, which results in furthering our understanding of science and technology and redefining what is considered possible.

The Red Bull Stratos exhibit is on display at the Ontario Science Centre until January 11, 2016 and is included with general admission.