Posted on October 17, 2015 by LighterThanAirSociety 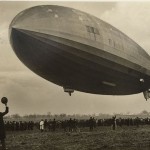 The Hindenburg was a symbol of Hitler’s Germany, a sign of Nazi strength and power in a world edging ever closer to war. In the 1930s the hydrogen-filled airship looked the future of commercial air travel and when the Hindenburg exploded on May 6 1937 in the US, the ramifications were felt around the world.

And 78 years after the famous disaster, two unique fire-damaged relics which survived are now going under the hammer later this month in Devizes, Wiltshire.

The silver plated hollowware pitcher and serving tray were saved from the Zeppelin disaster by volunteer fire chief Leroy Smith who had rushed with five others to the scene in New Jersey to help.

After performing his duties, he recovered the pitcher and tray and buried them in the surrounding sand as guards were not allowing any objects to be removed from the site. 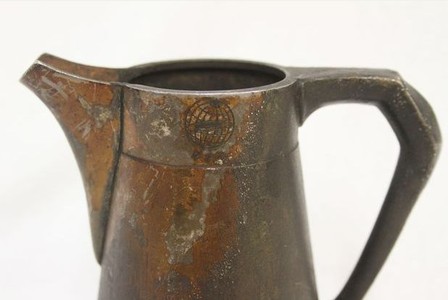 Mr Smith returned several days later and recovered the pitcher and serving tray, along with six full bottles of beer, which he shared with his five co-rescuers.

Auctioneer Andrew Aldridge, of Henry Aldridge & Son, said: “They bear witness to the immense destructive power of the fire that overcame the mighty Hindenburg on May 6th 1937 in Lakehurst, New Jersey. 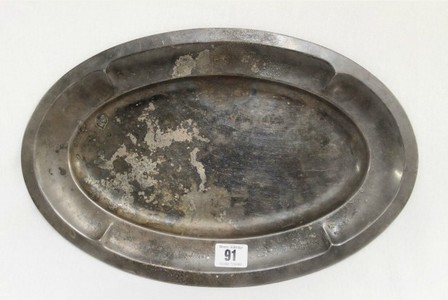 “She was the largest aircraft ever flown measuring over 800ft that was destroyed in a little over 90 seconds.

“The items consist of a silver plated hollowware pitcher and serving tray. 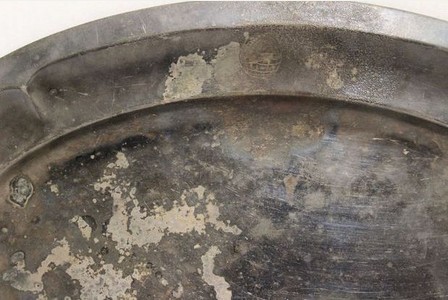 Detail of the fire-damaged silver plated serving tray which survived the Hindenburg disaster in New Jersey, US in May 1937,.
Photo credit: Henry Aldridge & Son/PA Wire

“Both show obvious signs of exposure to extremely high temperatures, which include metal that has melted onto the face of the tray.”

The pitcher and tray are being sold alongside a number of other airship and Zeppelin items that include a finely formed cast iron medallion given to Richard Kollmer, a 24-year-old mechanic who survived the Hindenburg disaster.

The front side dramatically depicts flames soaring from the airship, with the date 6/V/1937 in and under the flames. On the reverse, a soaring eagle over a swastika.

The Hindenburg ferried passengers across the Atlantic Ocean and reached a cruising speed of 84mph.

Thousands of spectators were watching the airship land when it suddenly burst into flames and drifted to the ground, killing 36 of the 97 people on board.