Historic Moment as Cardington Shed One is Reborn

Posted on October 18, 2015 by LighterThanAirSociety 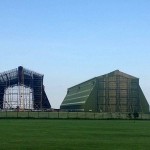 With the refurbishment of Shed One now complete, Bedfordshire on Sunday went to Cardington to find out how you go about rebuilding one of the world’s greatest megastructures and how the airship is coming along

It has taken three years and around £10 million, but with its 100th anniversary coming up next year and the world’s largest aircraft soon to take flight once again, it couldn’t be better timing for the refurbishment of Cardington Shed One to finally be complete. 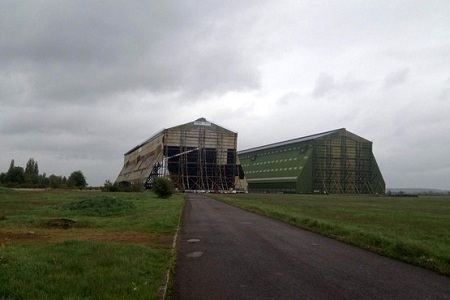 As work begins on refurbishing Shed One (L), its state of deterioration is obviousas compared to the Shed 2 which had been refurbished several years ago
Credit: Trevor Monk.

On Friday morning the newly refurbished shed, owned by Pat Tattan and Michael Shanley, was officially reopened at a special ceremony. 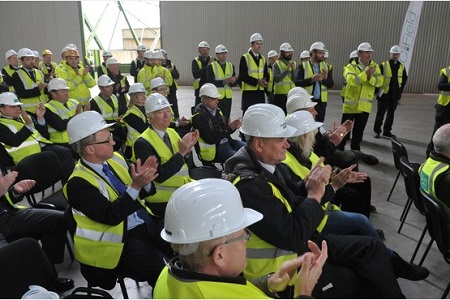 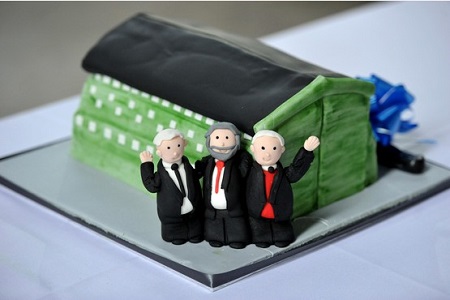 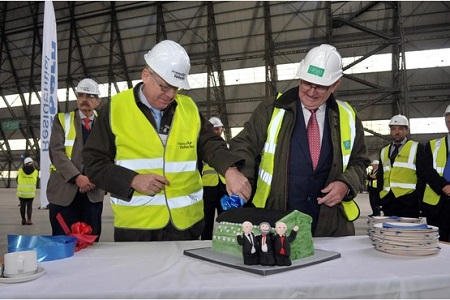 Since 2012 construction workers have removed 12 acres of sheeting, prepared, cleaned and painted 20 acres of steel and replaced the building’s five acre concrete floor.

Mr Tattan said: “Whatever we tackled we didn’t give up and it wouldn’t have been possible if it weren’t for the local authority.” 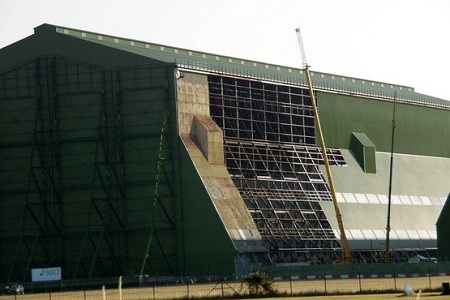 Barry Crowley, chief executive of C-Field Construction which carried out the work, said: “In 2010 Pat called me and said I need to build a shed using 10 million tonnes of steel and five million tonnes of cladding and it’ll cost £10m. 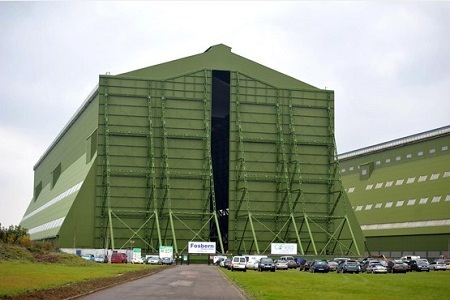 The doors of the shed were also replaced.
Credit: Trevor Monk. 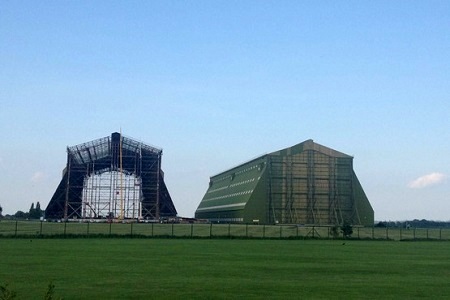 Shed One (L) during the renovation.
Credit: Trevor Monk

“In 100 years the records will show two families, the Tattans and the Shanleys, took the risk and saved this building and without them it never would have happened.”

Now the shed itself is complete, it’s all systems go to get the Airlander, which was unveiled last year (pictured above), back into the air and over the summer key pieces of work have been carried out including a full engine test programme, hull test and inspection programme. 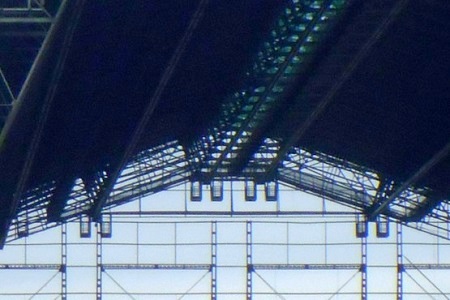 Detail of work as seen from the interior.. Credit: Trevor Monk.

Mayor of Bedford Borough Dave Hodgson said: “It is great the shed is back in use just before its 100th birthday and that it’s making its way back into aviation history.”

According to Hybrid Air Vehicles (HAV), which is constructing the ship, the project is on time and on budget and it is expected the public will be able to catch a glimpse of the completed Airlander outside the shed early next year when it’s ready for extensive ground testing and then its first flight. 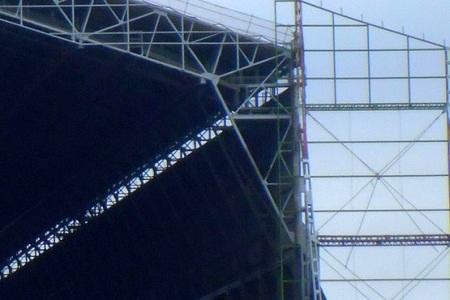 Detail of work being done on one of the doors.
Credit: Trevor Monk. 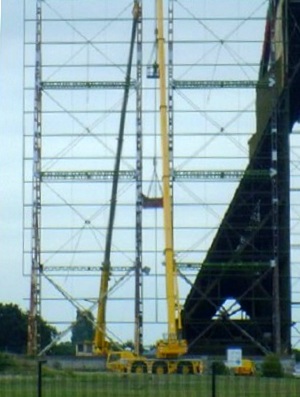 Detail of work being done on one of the doors.
Credit: Trevor Monk.

Steve McGlennan, chief executive of HAV, said: “This is a historic occasion, the first of several there are going to be here in Bedfordshire over the next few months and it’s a fantastic opportunity to celebrate the work that has been done to this shed.” 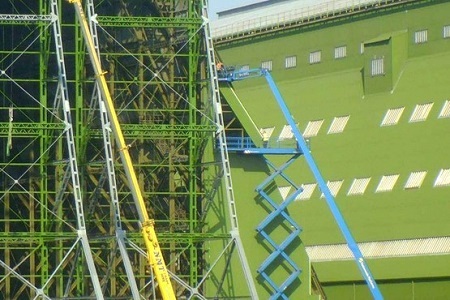 In total more than £60m has been raised towards the Airlander in customer funding, more than £6m in grants and more than £12m in equity funding.

Further cash is also being raised ahead of an initial public offering on the company’s alternative investment market.