Posted on September 11, 2013 by LighterThanAirSociety 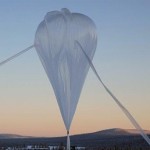 At 8:39 PM (Eastern Daylight Time), the Canadian Space Agency tweeted: “Launched! The balloon is on its way to reach the stratosphere. It will be reaching its planned ceiling of 31.5 km in approximately 2 hours.”

The Canadian Space Agency (CSA) and the French space agency, the Centre National d’Études Spatiales (CNES), are launching the first two stratospheric balloons of their Stratos Balloon Program from Timmins Ontario. The first of these, a test balloon was launched tonight.

The first test flight is a 100.000 m3 (3,531,500 cu. ft.). It will be used to qualify CNES’ new balloon operation system. The balloon will ascend to between 25 and 32 km (15 and 20 miles), and fly for four to ten hours, approximately. It should land in a 500 km (310 mile) radius area from the launch site. If the wind blows east, it could land close to Rouyn-Noranda, Amos or Val d’Or. If it blows west, it could land close to Wawa, Kapuskasing, Chapleau or Sudbury. A recovery team will be sent to the landing site to pick up the balloon envelope and the flight chain.

The following pictures were taken in 2012 when the CSA and CNES were training for the launch and recovery of these balloons. 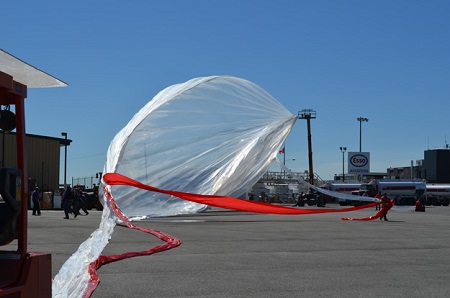 Envelope of the balloon being unfolded.
Credit- CSA 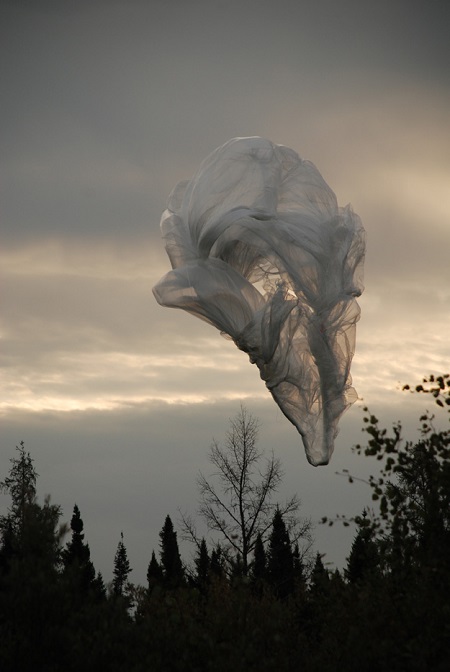 Balloon envelope being dropped by helicopter in the forest.
Credit- CSA 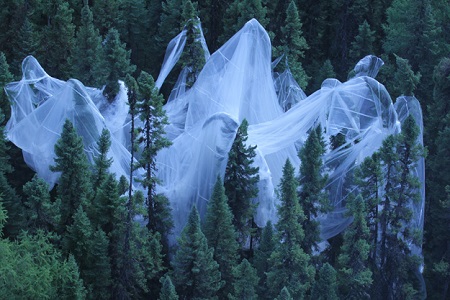 Balloon envelope in the forest waiting for the ground team for a pick up.
Credit- CSA 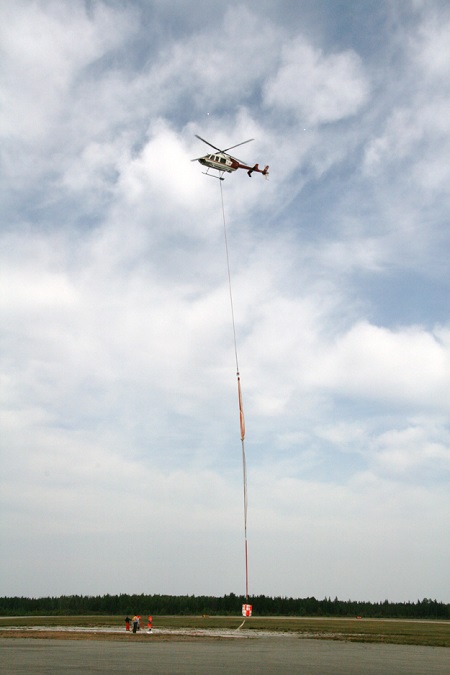 Click here to see the steps followed in a stratospheric balloon launch.

Click here to explore the anatomy of a stratospheric balloon.