Posted on July 4, 2011 by LighterThanAirSociety 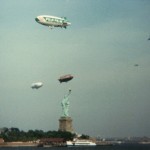 On July 4th at 5 PM, New York City hosted  the Independence Airship Invitational. The race was between 3 blimps: the Horizon Blue Cross Blue Shield of New Jersey blimp, the Hangar 1 Vodka blimp and the DirecTV blimp.

The race started above the Statue of Liberty and followed the Hudson River north to Midtown Manhattan and Weehawken, New Jersey.

Today’s race was won by the Horizon Blue Cross Blue Shield of New Jersey blimp, which took an early lead and never looked back. The winner’s speed was in the range of a blistering 25 mph. 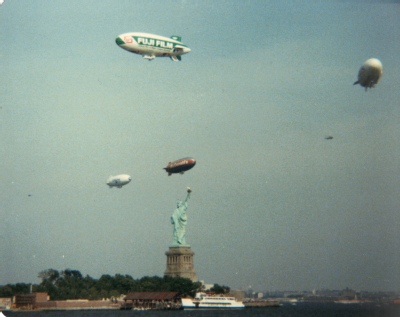 The last time a race like this took place in New York City was in 1986, celebrating the 200th anniversary of the Statue of Liberty. In that year four blimps participated: the Citibank Skyship, the McDonald’s airship, the Resorts International Casino Skyship and the Fuji Film Skyship which won the race. 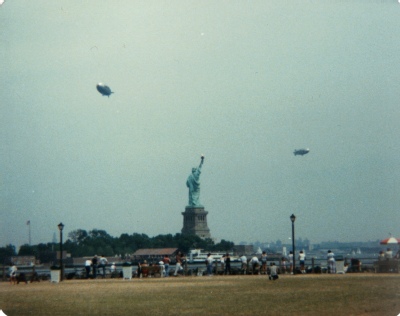 The race was preceded by a flyover of two Goodyear blimps (N3A America and N1A Enterprise). The Daily News was using an unmarked blimp to cover the event. 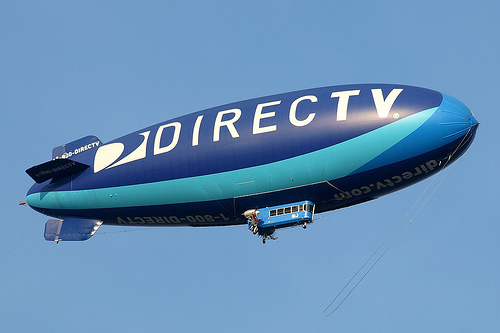 The DirecTV A170 Lightship 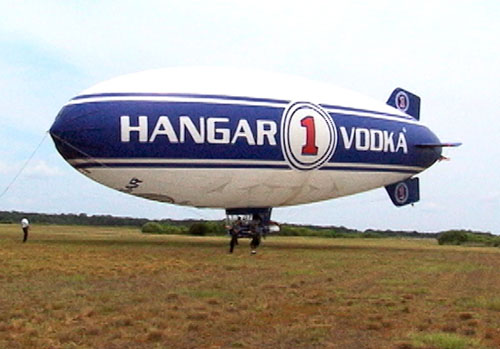 The Hangar 1 Vodka A60 Lightship. 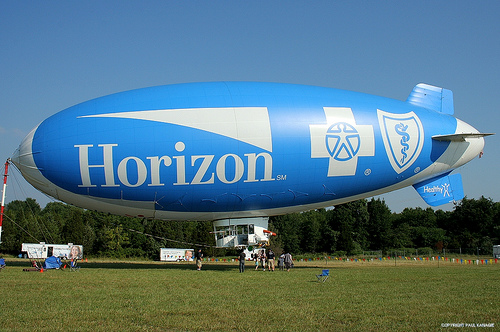