Posted on June 25, 2011 by LighterThanAirSociety 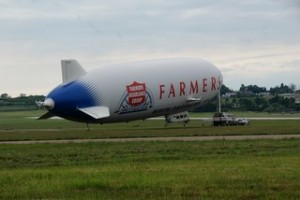 Around 3:00 PM on Saturday, June 25, the Eureka, Airship Venture’s Zeppelin also known as the Farmers Airship made a stop at the Akron Fulton airport and moored near the Akron Airdock. The airship, which usually operates out of its home base at Moffet Field (near San Francisco CA) is on a countrywide tour.

Read on to see more pictures. 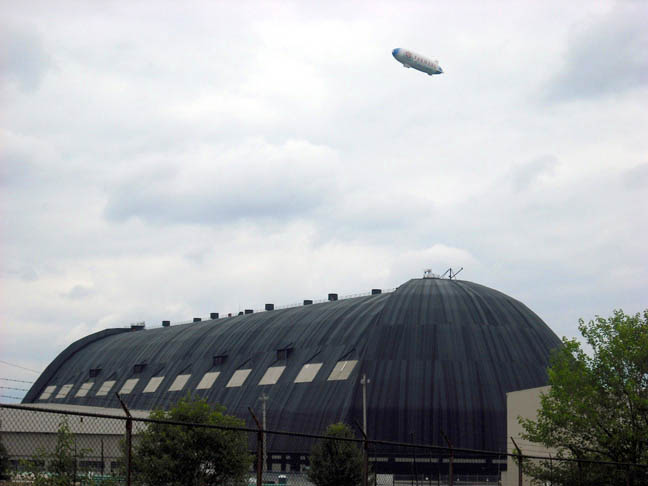 The Eureka stopped in Akron overnight as it traveled from Pittsburgh to Michigan, continuing on its Covering Communities tour of the United States.  The tour began with a visit to New Orleans (after several overnight stops along the way. It then headed to Florida and up the coast with visits to New York City and Philadelphia. 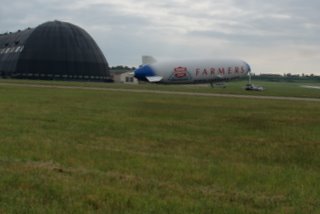 The Eureka is seen moored on the North side of Akron’s iconic Airdock, the building where the Akron and Macon airships were built for the U.S. Navy in 1931 and 1933 by the Goodyear Zeppelin Corporation. The Airdock is 1175 feet long, has a maximum width of 325 feet and a maximum height of 211 feet. 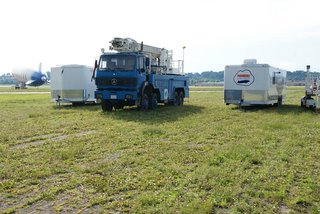 In the foreground are some of the vehicles that accompany the Eureka on its Covering Communities tour, while the airship can be seen moored to its mast in the background.  The support vehicles are used to carry the ground crew that accompanies the airship, spare parts, tools, fuel, water for ballast and the mooring mast.

An Ohio Historical Marker near the Akron Fulton Airport’s terminal building honors the memory of Dr. Karl Arnstein who led the construction of Zeppelins at the Airdock in the 1930’s. This marker, as well as the one for the Airdock next to it were sponsored by The Lighter-Than-Air Society and Lockheed Martin, respectively. 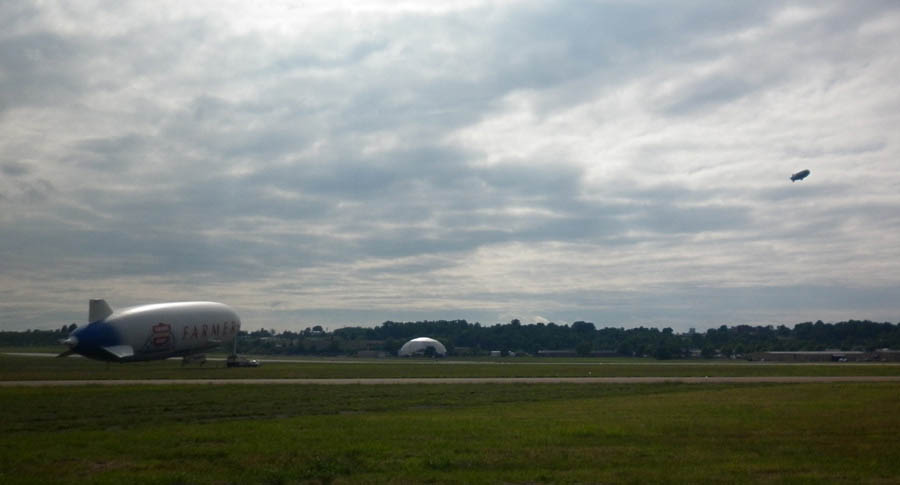 The Spirit of Goodyear flies by the Airdock and the Eureka during the latter’s brief visit to Akron on June 25, 2011.

On June 26 the airship left Akron for Detroit. 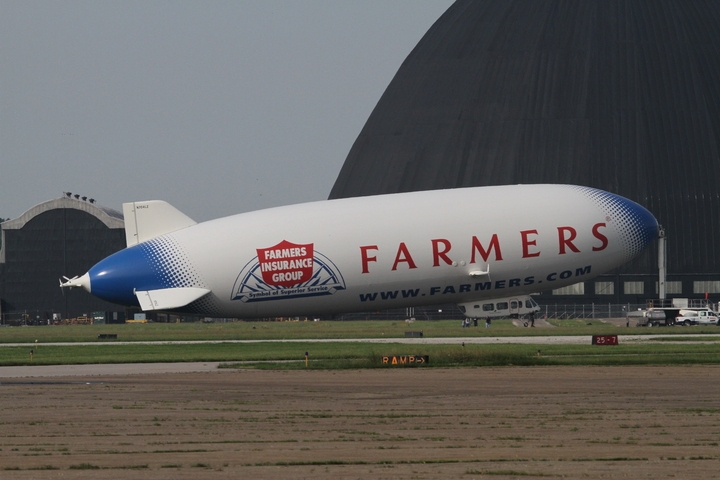 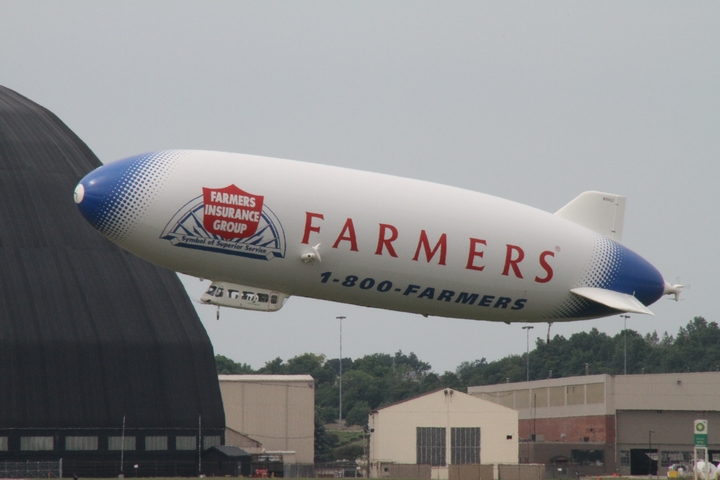 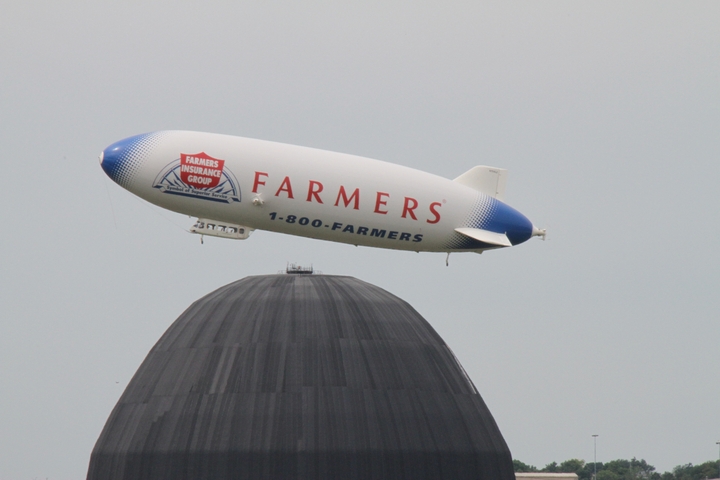 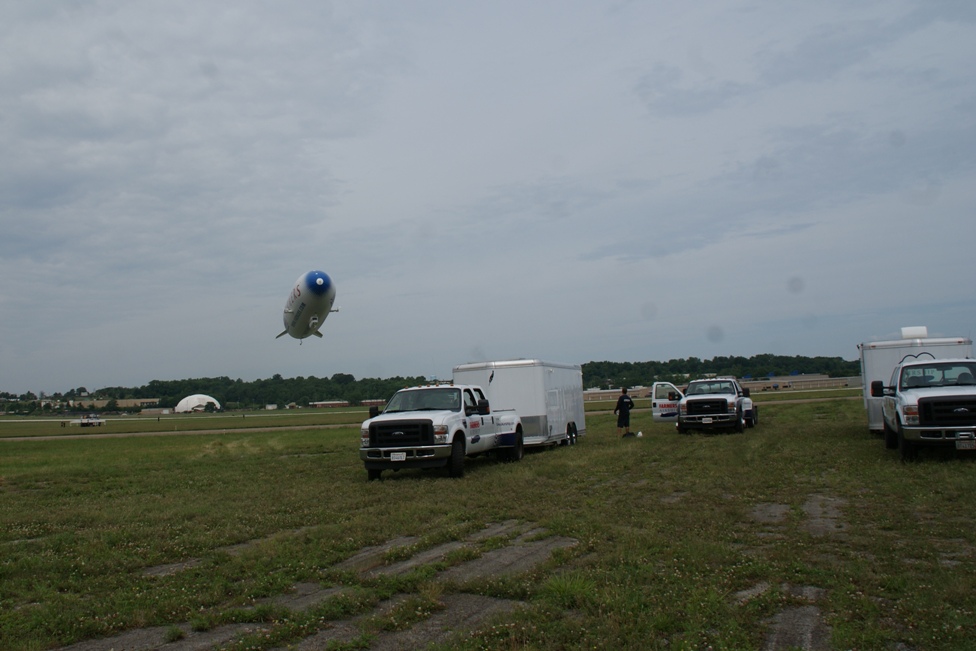 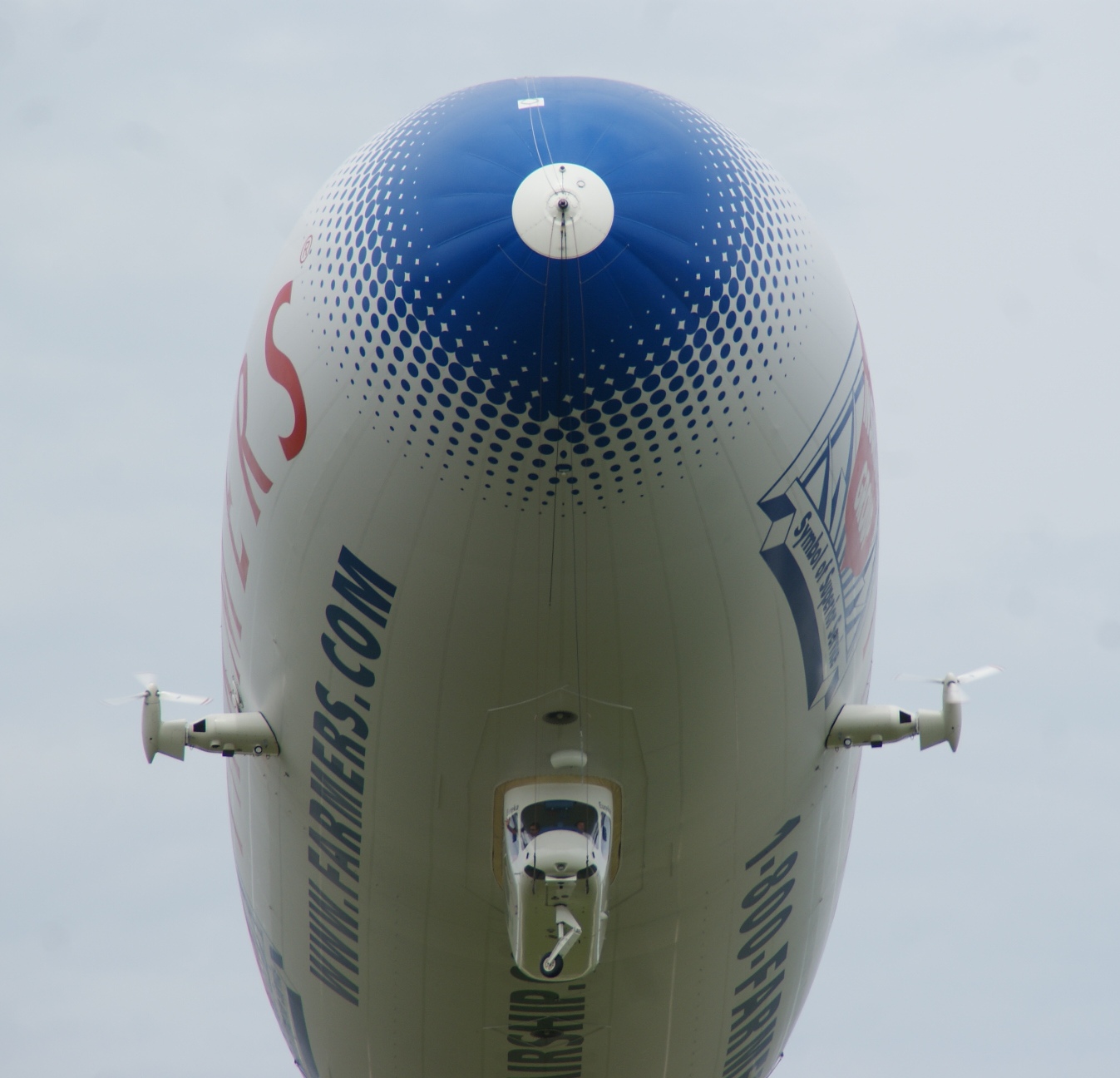 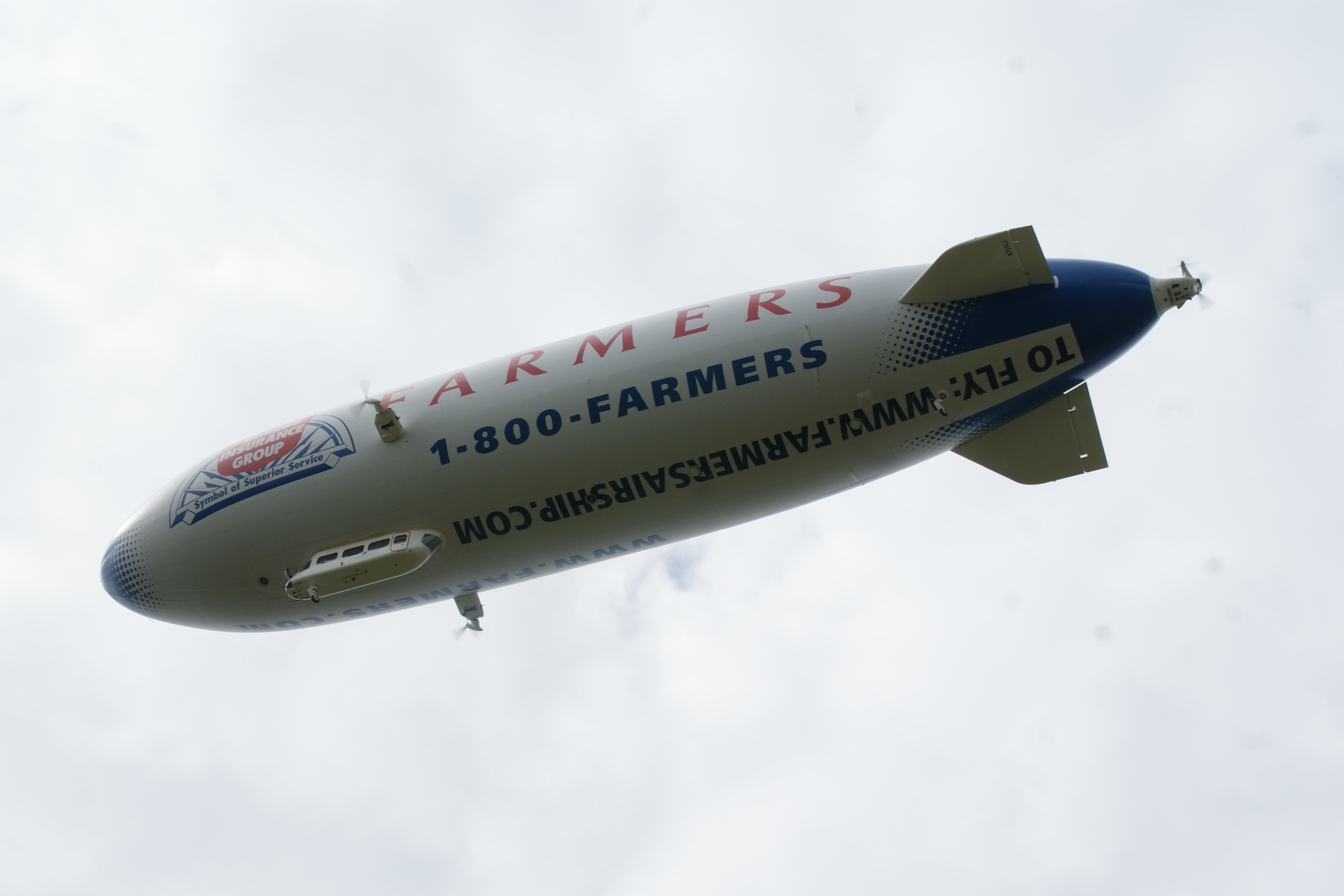 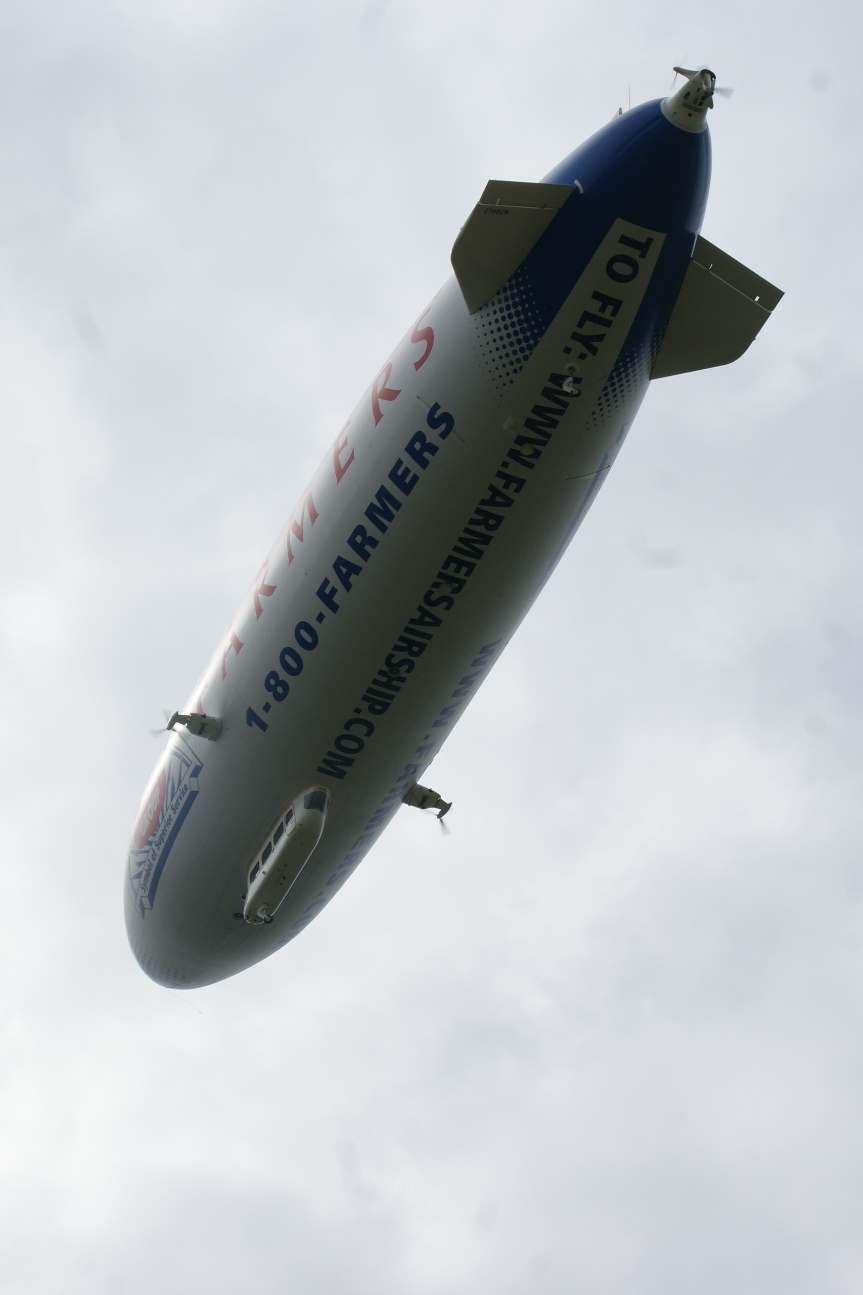 And circling the airport before heading towards Michigan.

Goodyear recently announced plans to build Zeppelins to replace its fleet of blimps, their design will be the same as the Eureka. This was a unique opportunity to view this airship. It is scheduled to depart sometime Sunday  morning, June 26th.chance to experience the unique airship.

Pictures courtesy of and copyright by Eric Brothers, Dave Wertz and Alvaro Bellon