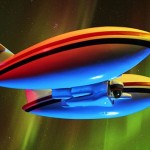 Past expeditions to find conclusive evidence for the existence of Bigfoot have at least two things in common: They were unsuccessful, and they were ground-based.

That’s why the Falcon Project will make history regardless of whether it achieves its goal of capturing “clear, steady film evidence of a Hominoid in its natural habitat.”

Using a 45-foot-long (14 meters), camera-mounted, remote-controlled airship, project founder William Barnes plans to work with a team that includes one scientist to conduct nighttime flyovers of reported Bigfoot hotspots around the United States. 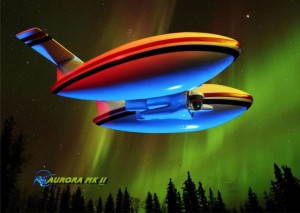 An artist’s rendering of the completed Aurora airship

Barnes, a gold dredger whose current endeavor was inspired by an alleged encounter with a Bigfoot-like creature he claims to have had in 1997, thinks the helium-filled craft will allow his team to succeed where others have failed due to its unprecedented advantages in two key areas: stealth and maneuverability.

The camera aboard the craft can film in infrared, thermal imaging and high definition. And as the ship scans densely wooded regions from a penetrating vantage, it will never spook a potential subject with a broken twig or run out of breath in a one-sided foot race, Barnes believes.

Thanks to its gyroscopically stabilized housing, the ship’s camera is protected against a common shortcoming of purported video footage of quasi-mythical creatures: a suspiciously shaky image.

While there has never been any definitive evidence suggesting that giant bipedal apes roam the wilds of North America largely undetected, the Falcon Project does have a bona fide scientist as its principal investigator.

Jeff Meldrum, a professor of anatomy and anthropology at Idaho State University, is the rare academic who entertains and actively investigates the possibility that Bigfoot, or something like it, exists.

“Even if definitive DNA sequence data point to the existence of a novel species, it will not suddenly become easy to study such a rare and elusive primate in the field. That’s where the Falcon Project comes in,” said Meldrum.

In 2011, Meldrum was invited to take part in a high-profile Russian expedition to find that country’s brand of unverified wildman, the yeti. The expedition garnered international attention when researchers claimed to have found “indisputable proof” of the yeti, but Meldrum concluded the entire expedition seemed to be an orchestrated publicity stunt, with all of the supposed evidence planted in advance, according to AOL.com.

The Falcon Project’s custom-built airship, called the Aurora Mk II, is being constructed by Canada-based Remote Aerial Tripods Inc., and is expected to be completed in the spring, according to tech website Gizmag.

Meldrum gives more credibility to Bigfoot’s existence than most scientists, but a 2012 public opinion poll found that about a third of Americans believe the creature is probably real.