Airships Are Making a Comeback in Russia

Posted on August 27, 2013 by LighterThanAirSociety

Sources: The Moscow News and RosAeroSystems

Blimps are making a comeback in Russia as more and more are being built for many purposes to include tourism, gathering weather information, as well as being used in the film industry.

Join The Moscow News in this video to get a closer look at a slow moving monster in the sky as it gets prepared to set sail for MAKS-2013 international air show outside Moscow.

RosAeroSystems will be showing its Au-30 Multifunctional Airship at the MAKS-2013 International Air Show. 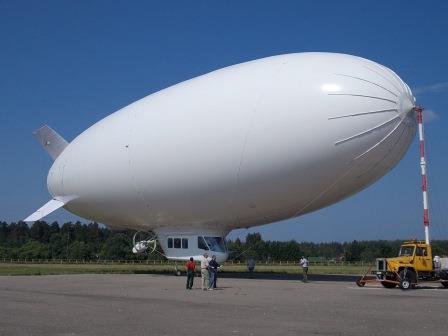 The main engineering improvements made to the AU-30 airship have been in structure, allowing both vertical and short run take-off and landing; no helium consumption in flight, a thrust vectoring system, cutting-edge materials and equipment applications. A modern fabric-film material is utilized for the envelopes. 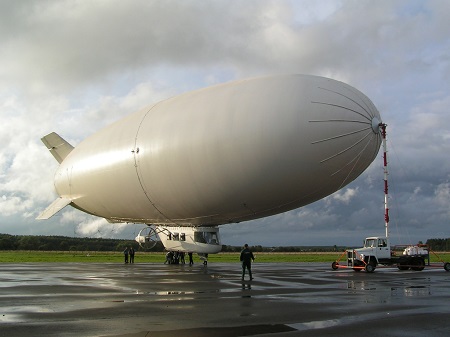 The AU-30 is a new generation airship. The instrumentation allows the Au-30 to make prolonged day or the night flights with maximum crew comfort. The unique autopilot system is capable of high-precision guiding along preset routes. The great fuel-weight ratio, along with the high-efficiency power plants makes record-range flights possible. The airship features greater maneuverability than other airships of the same class thanks to the cross-thrust, reverse thrust and thrust vectoring, particularly at low velocities.

Currently Russian and international certification are being processed.

Presentation of the “Kirzhach” airship airfield

On August 8, 2013 the only airship airfield in Russia was presented in the city of Kirzhach (in the Vladimir region; about 150 km – 90 miles NE of Moscow). 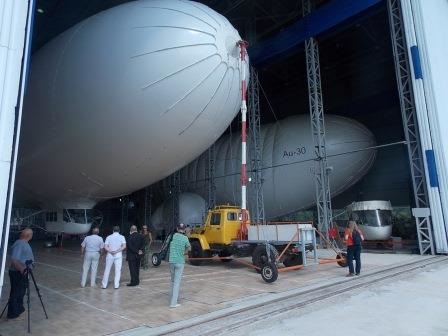 Augur Aeronautical Centre Inc. presented the restored aeronautical base, which was built in the beginning of the last decade. Unfortunately, after the financial crisis of 2008, the base was abandoned, part of the equipment was looted and some fell into disrepair due to the elements and improper storage conditions. Augur Aeronautical Centre specialists rebuilt the base and one of the AU-30 airships. 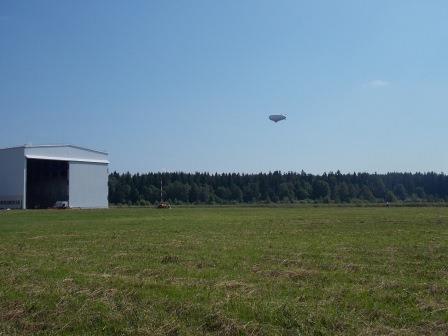 In the future, Augur plans to further develop and test innovative technologies to improve these airships and develop new concepts.

Sources: The Moscow News and RosAeroSystems