Posted on August 28, 2013 by LighterThanAirSociety 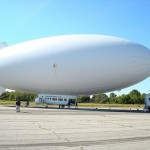 A team of scientists will be taking to the skies in the world’s largest airship – the Skyship 600 – for BBC Two’s ambitious atmospheric experiment – Cloud Lab. Flying from coast to coast, across the USA, in a month-long expedition, the team of British scientists will scrutinize insect life, the relationship between trees and the air we breathe as well as predicting where a hurricane is likely to hit the land.

The team, which includes entomologists, weather specialists and professional explorers is also hoping to shed light on the creation of clouds and the relationship between diverse ecosystems and weather. 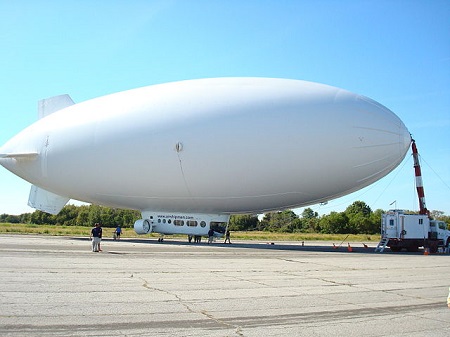 Cloud Lab will be accompanied by a number of films on BBC Four, including An Ocean of Air which sets out to show who rightly deserves the title of ‘the true discoverer of oxygen’. Using reconstructions, archive and experiments, chemist Gabrielle Walker will trace the remarkable and personal journeys of three leading contenders before making her choice as to who deserves the accolade.

The BBC team will fly the Skyship 600 airship over a four week period from Florida to California to carry out their research. Travelling west their route will take them over some stunning and diverse landscapes: oceans, wetlands, forests, drylands and deserts with a smattering of cities along the way

This entry was posted in Uncategorized and tagged atmospheric experiments, Cloud Lab, Skyship 600. Bookmark the permalink.